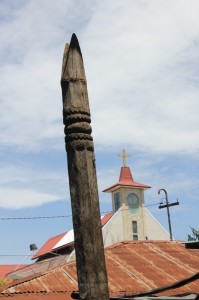 Arrival in Waingapu, the capital of the small island of Sumba, sets the scene for the rest of your stay here. A tiny little airport. Just a few cars outside, to transport the occasional traveler to town, five minutes down the road. A couple of hotels and guesthouses, no tourists to speak of. Wide streets, not necessarily well maintained, but with plenty of green along the road. No pavements. Low rise bungalow-type houses and villas with gardens, all very unpretentious. All very laid-back. If anything, it reminds me of Papua New Guinea, 25-30 years ago, including the red stains of betel nut spitting. 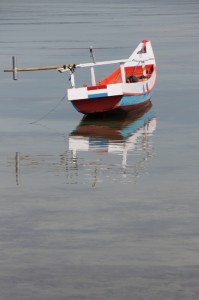 fishing canoe in the Waingapu harbour 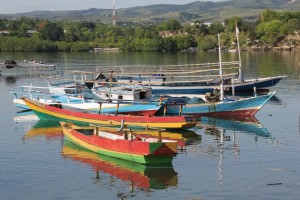 more boats in the harbour

There is not much to do in town. In the old harbour colourful fishing boats, mostly canoes, are waiting for higher tide to take to sea. A couple of bigger boats, including local schooners like you see in the old ports of Jakarta, Surabaya and Makassar, are being loaded. Along the waterfront, more canoes, stuck in the mud behind the mangroves. The mud is dominated, believe it or not, by large colonies of one-armed crabs. 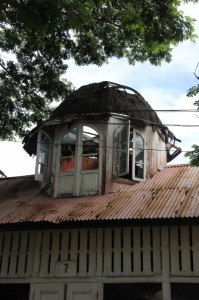 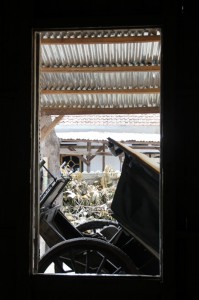 old carriage, through the window 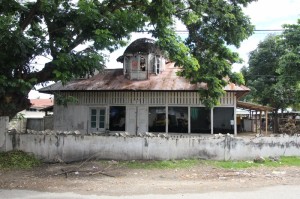 In the old town, above the harbour, the occasional colonial Dutch residence stands out. It is hot and humid, people hang around in the shade, or inside their small fan-cooled shops. A few stalls sell fresh fish outside the harbor, and for the rest, not much is happening. And that pretty well describes Waingapu.

Outside town is the dam in Waingapu’s main river, the Kambaniru. The dam itself is nothing special, at least not for us spoilt Westerners – yet it is likely to be the most impressive modern construction in Sumba, I would think -, but the drive past villages, through low hills and inundated rice paddies, is another nice experience. Waingapu never gives the impression of being a city, and five minutes out, you are indeed back in rural neighbourhoods, pigs roaming the courtyard, goats nibbling whatever looks the slightest green, and cows occupying the tombs people keep next to their houses. Perhaps not the most picturesque, but definitely thoroughly authentic. 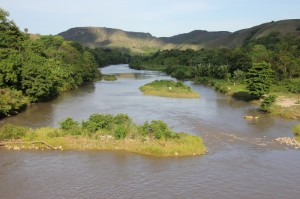 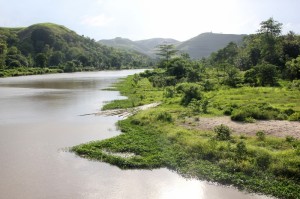 the Kambira river, upstream of the dam 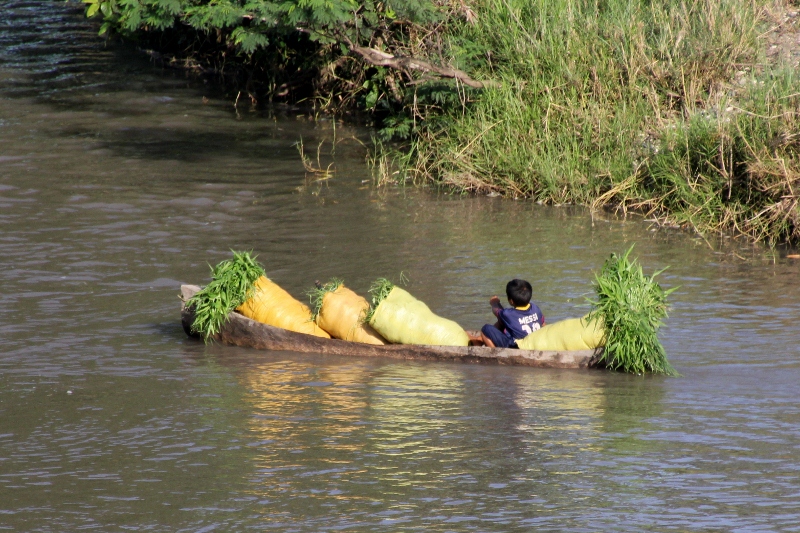 youngster on the river