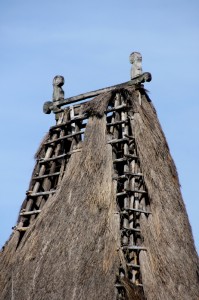 there is no money for necessary roof repairs in Rangabaki

A traditional Kodi village, with lots of funds for tombs for the future deceased, but less for upkeep of the roofs 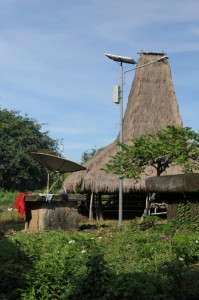 solar-fueled lamp posts and satellite dishes have penetrated the village

The most striking feature about Kampung Rangabaki is the cemetery, outside the village, including many still-unoccupied tombs. Unlike elsewhere on the island, where a tomb is only started once somebody has died, here they say that as long as they have money, they will build tombs, just to be prepared. And they are well prepared! Most tombs are cement, but some old stone slabs are around, too. Modernity has arrived in other forms, too, like a street light with solar panel, in the middle of the village, and a satellite dish positioned on one of the tombs. Yet, quite a few of the roofs seem close to collapse, people complaining that they don’t have enough money to carry out the necessary repairs.

Return to the Kodi page. 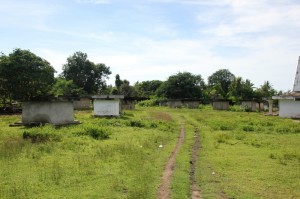 the road into the village, through the cemetery 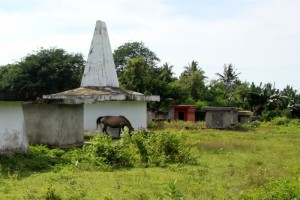 many modern tombs, many still empty 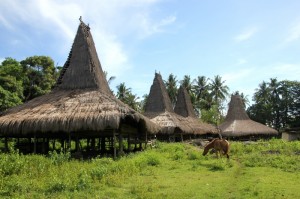 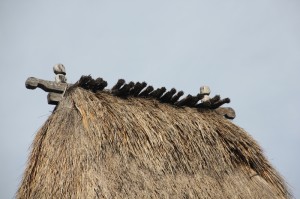