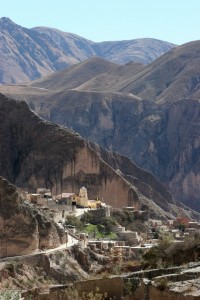 the famous church of Iruya, postcard-perfect

Picturesque mountain village with an annual procession for Sant Rocce.

A must-visit in the northwest of Argentina is the village of Iruya, some 60 km off the main road along a mostly unpaved track. In fact, the first 2/3 of the road is pretty uneventful, across the desolate altiplano landscape at around 3400 m altitude. Few people, but plenty vicunya, the rarer cousins of the llamas, threatened with extinction – although this seems hard to believe, given the large herds that roam this part of the world. 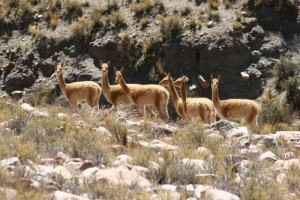 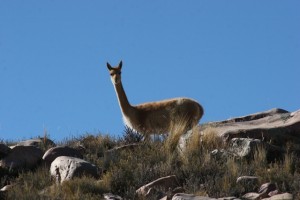 On the way is Irtube, once a stop on the narrow-gauge railway from Jujuy to La Quica on the Bolivian border, part of the track that allowed travel by train from Buenos Aires all the way to La Paz.  There is a railway station, now out-of-use, but some of the rails have been given a new life, as goal posts on the local football pitch! 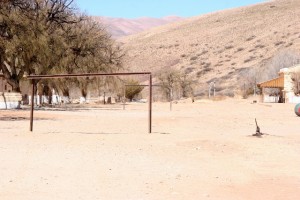 alternative use of railway tracks in Irtube

The road lazily rises to a pass at 3950 m, from which it is a 20 km, 45 hairpin descent to Iruya, suddenly back in breathtaking landscape with steeply incised river valleys cut into the rock, and leaving huge alluvial fans at their bases. Some descent by mountain bike, after having used the local bus to carry them, and the bikes, up to the pass…..

Iruya itself is a small village, mostly known for its little church that decorates the tourist brochures and postcards. In fact, there is not much else of interest – unless you are there for the annual procession of the village saint Sant Rocce, mid August (around the same time as the village bull fight in Casabindo) 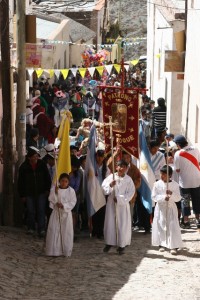 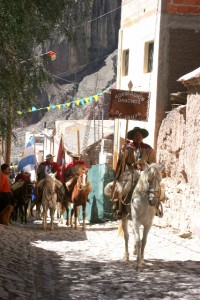 gauchos form part of the procession…. 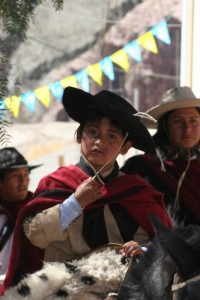 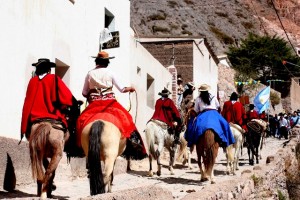