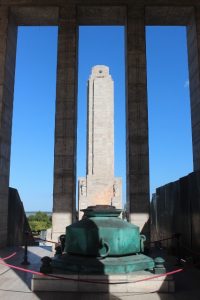 Monumento a la Bandera, the main tourist site in Rosario

With Christmas, New Year and several birthdays behind us, celebrated in various combinations of family and friends, it is time to start traveling properly. We need to cross the Argentinian pampas in western direction, to ultimately arrive at Mendoza, from where we intend to cross the Andes to Chili. As it is a minimum of 1100 km to Mendoza, we have introduced some stops on the way (which are, to be fair, not entirely devoid of family and friends, too). 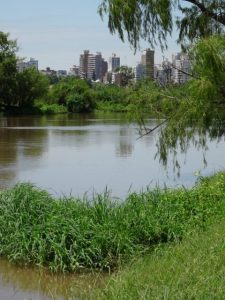 skyline of San Nicolas, along the Parana River

We get on to a bus to Rosario, Argentina’s third largest city, four hours away from Buenos Aires. Well, except that, after three hours, we get off in San Nicolas, a small riverside town in the pampas, where we have some paperwork waiting to be signed. The place is pretty run down, lots of graffiti on the walls of poorly maintained buildings, rubbish in the streets, although the municipality obviously tries hard: the central square has had a facelift, and the area near the river has been patched up nicely, with a new marina and a pedestrian boulevard along the water, where not so long ago needles and condoms were dominating the garbage. 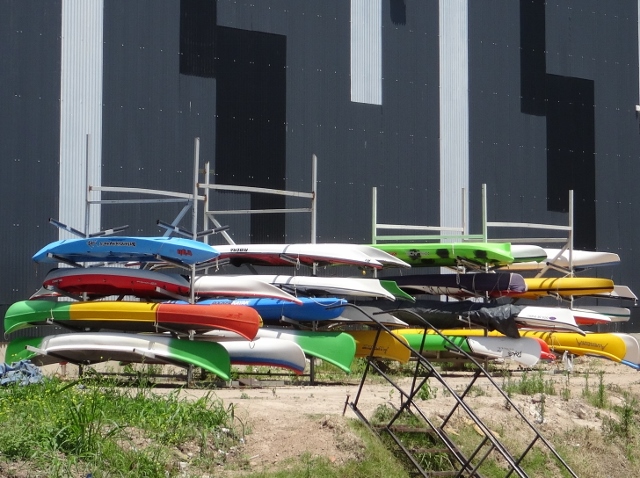 kayaks in front of a modern boat house in San Nicolas 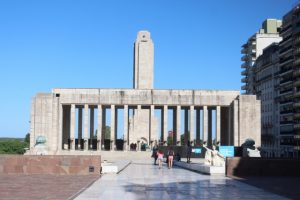 the Monumento Nacional complex in Rosario 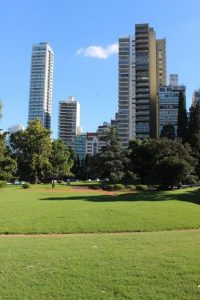 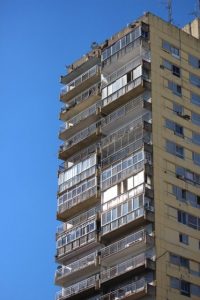 one of the older apartment buildings, with characteristics of palatis! (for those who have been to this site before)

And then, finally, Rosario. City of Lionel Messi, for the footballers, and of Luciana Aymar, until not so long ago the female Messi of field hockey. An important port, on the Parana River, which flows into the Rio de la Plata near Buenos Aires. Instrumental as a trading hub, and for the export of cereal and of soja, the most recent economic boost to Argentina.

And that is about all there is to tell about Rosario, because according to the guide books there isn’t much of interest for the casual tourist. Its claim to fame is the Monumento Nacional a la Bandera, the National Flag Monument, which is a rather ugly, square tower in front of a courtyard and a series of arches and an eternal flame. For some reason the flag itself, for which there is the tallest flag mast in the country available, wasn’t raised. 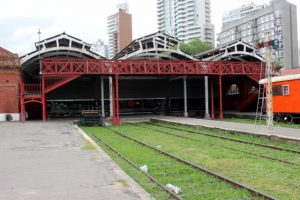 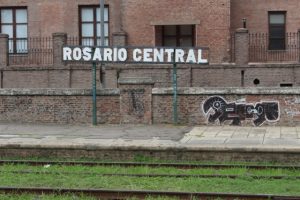 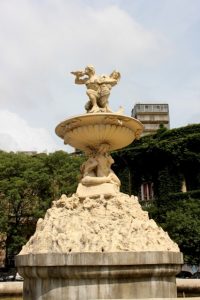 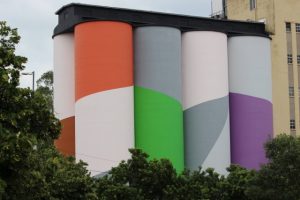 The monument is close to the riverside, which is lined by tall apartment buildings with river view, no doubt costing a fortune. Like in so many other Argentinian cities each of these building is stand alone, rising on its own to sometimes close to forty stories. The concept of building them together, so that each supports the other, is somehow alien here. Further up river are the railway station, not in use anymore, and the MACRO, a modern art museum housed in colourfully painted grain silos. All quite nice, but nothing out of the ordinary. 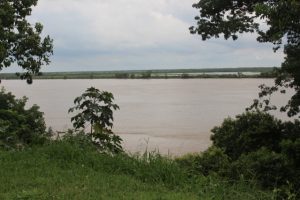 the Parana River from the Rosario boulevard 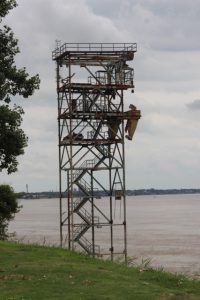 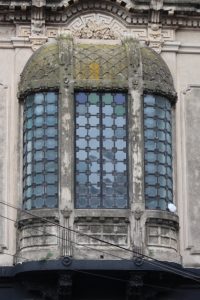 one of the old buildings in Rosario

It is only once we walk the streets, the ordinary streets away from the river, narrower than those in Buenos Aires but similarly laid out, that we come across the occasional old house, one or two floors, no more, squeezed in between modern, taller buildings. Many of those have still beautiful stucco work, or a cast-iron balcony, or wooden shutters; old tiles around the door post, or the windows. And there is more. On several corners larger old buildings have been nicely restored – although others seem to be falling apart. These are four-five story high, early 20th Century constructions, and recognised as cultural heritage. The more we wander around in the centre, the more of those treasures we find. Enough to make our Rosario visit a memorable one, after all. 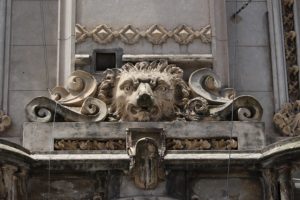 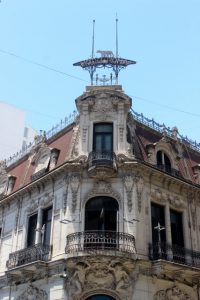 and this one, the old Hotel Roma 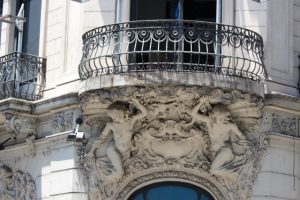 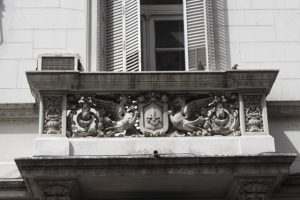 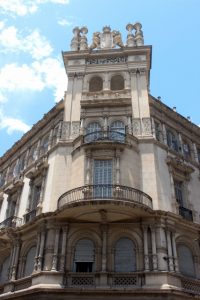 and what to think of the Casa de Espana 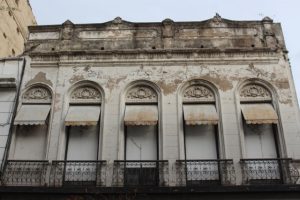 windows and balcony of a smaller house, equally attractive 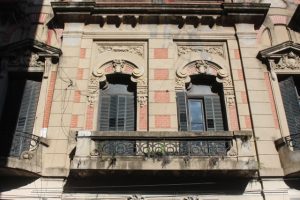 and another balcony and wooden shutters 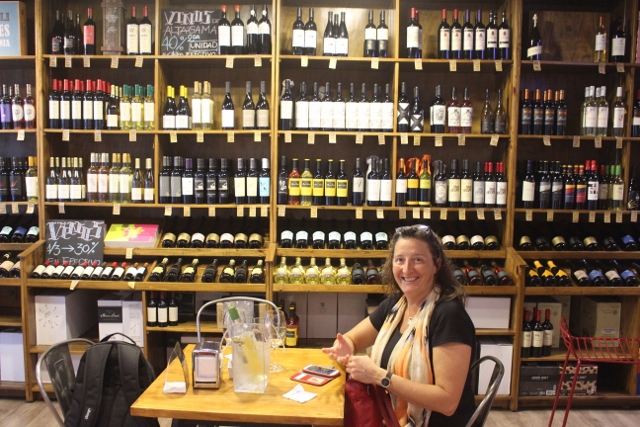 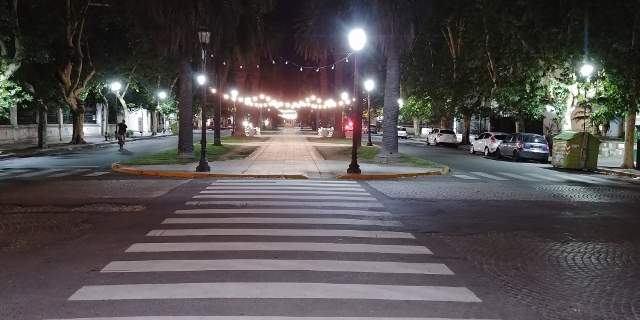