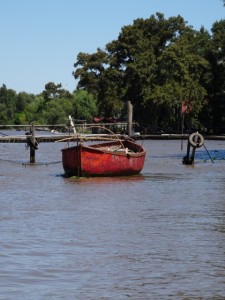 boat at a jetty in the Tigre delta

The outskirts of Buenos Aires along the delta of the Parana River are home to some fabulous island-based houses, as well as a fruit market that doesn’t sell fruit anymore – but a lot of other things. 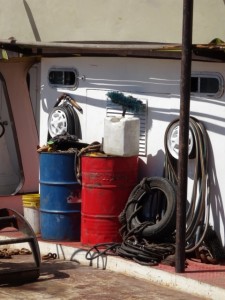 red and blue barrels in the port

The town of Tigre (indeed, tiger in Spanish, possibly a reference to a couple of famous jaguar hunters who established themselves here in the 16th Century), the town of Tigre is a smallish urban area in the outskirts of Buenos Aires. It is also referred to by the Delta, on account of it being located at the edge of the delta of the Parana River, the one that comes all the way from Santa Fe and empties not in the sea, but in the Rio de la Plata. And that straight away explains the popularity of the place: on the hundreds of small islands separated by anything from a little stream to a fairly large river, the Argentineans have built themselves a variety of houses, from small weekend get-away to immense palace, that can only be reached by boat. There is no drinking water, no gas and – often enough – no electricity, the area swarms with mosquitoes, and the islands get regularly inundated from frequent floodings of the river, yet, having a house here is the ultimate dream of every Argentinean. 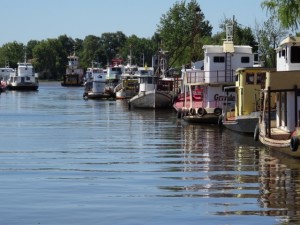 one of the three docks of Tigre harbour 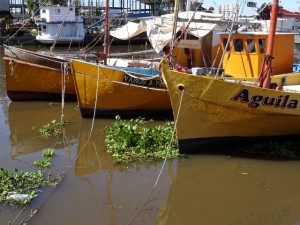 bright yellow ships moored in one of the docks 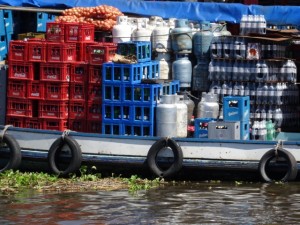 more stocks onboard a supply boat 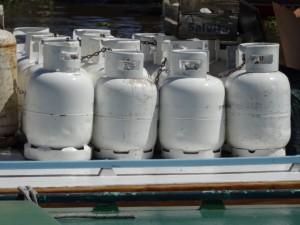 gas bottles ready for delivery to the houses in the delta 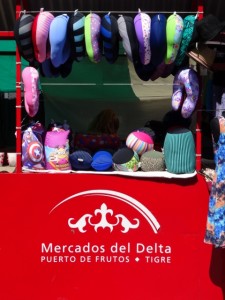 a market stall, with what is almost certainly Chinese import

Those who cannot afford a house in the Delta come to Tigre to visit the market, the Mercado de Frutas. Indeed, fruit was once the main product being sold here – and being grown on the islands, in the days preceding the housing boom -, but nowadays one is hard-pressed to find one or two fruit shops, who sell the stuff at vastly inflated prices. The rest of the market is given over to all sorts of handicraft, from paper flowers and hardboard cut-out masks to homemade cheeses and salamis. Unfortunately, more and more goods are standardized, often imported from China or India, and not so original anymore, yet, the market still provides plenty of opportunities. As well as – this is Argentina, after all – plenty of eating and drinking opportunities, too, although once again, due to the large numbers of tourists visiting standards here have also eroded. 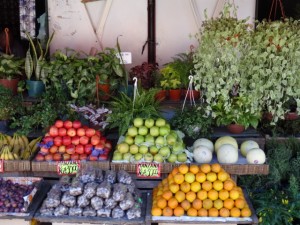 a rare fruit stall at the Mercado de Frutas 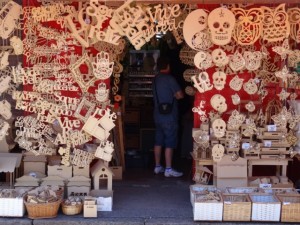 Which leaves one with a stroll over the colourful market, a nice enough activity for a Saturday morning, a walk past the three harbour docks where a variety of boats have been moored, and perhaps a one-hour boat trip through some of the canals and past some of the fabulous houses, which are either splendidly located behind the private jetty in the centre of an immaculately cut lawn, or with holes in the roof and rotting doors and windows, about to fall to pieces under heavy overgrowth. Whatever it is, Tigre in the Delta is a unique piece of Argentina. 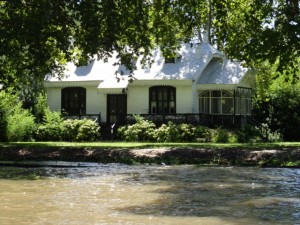 quite a few nice, and well-maintained houses on their private islands private jetties along one of the streams in the delta 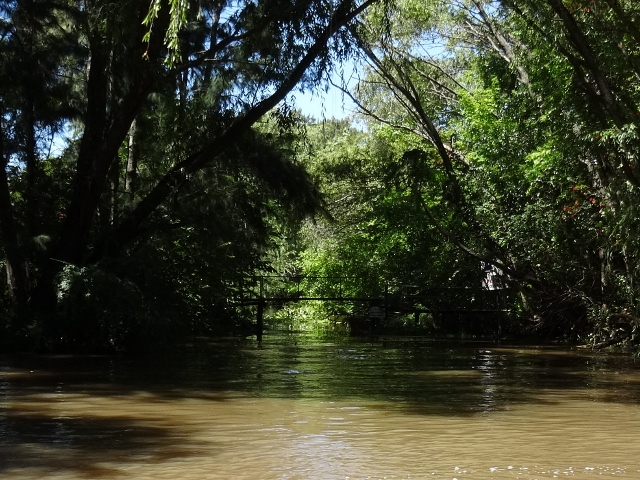 One Response to Tigre