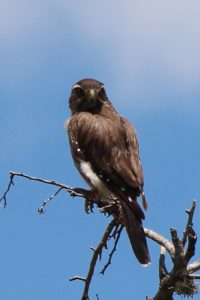 the Sierras de Cordoba, I have been spotted!

The Sierras de Cordoba, popular holiday spot for Argentines, has a lot to offer, from walks to hippy markets – and dense fog spoiling the view.

One of the prime tourist areas of Argentina is the Sierras de Cordoba, a range of hills stretching from nearby Carlos Paz to Villa Dolores, almost three hours drive from the city of Cordoba itself. Many self-respecting Argentinians have a little holiday home here, which they occupy part of the year themselves and rent out otherwise; many others have settled permanently, attracted by the overall pleasant temperatures – an important element in the daily conversation of this country – and relaxed way of live, which we would have called hippy-esque in another era. 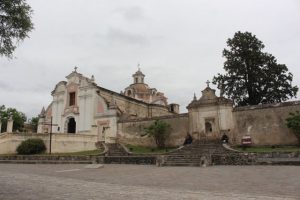 the Jesuit complex in Alta Gracia 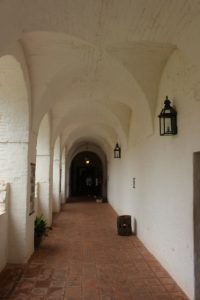 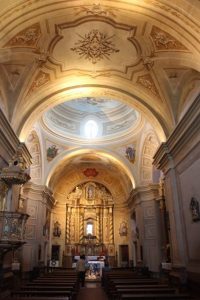 and a well-decorated church

On the way to the Sierras, we visit the Jesuit complex in Alta Gracia, a somewhat overrated, but nicely restored monastery and church, largely turned into museum to show the way of life of those days. You know, old chairs and tables, a bedroom, a kitchen with utensils. All accompanied by a lot of history, about the Jesuits who came to Cordoba in 17th Century, set up several agricultural complexes like Alta Gracia in the surroundings to finance their projects, and were then expelled in 1767 because they became too powerful to the liking of the Spanish king. After which the complex was sold to a powerful local family, of course. 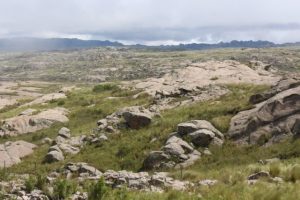 a rare moment of some view in the higher Sierras 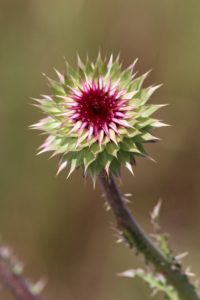 from nearby the flowers are visible 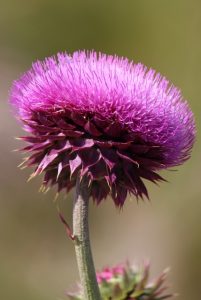 In order to get to Villa de Las Rosas, where we meet up with friends, we need to cross the Sierras, up a long and winding road, to be rewarded with a fabulous view. But it has started raining again, so we didn’t see much along the long and winding road, and it only stopped raining when we arrived higher up in the mountains, and in the clouds. No view, just dense fog. Our plan of a picknick looking out over the Sierras was replaced by a quick bite behind a couple of rocks, shielding us from the worst of the cold, staring into the mist. 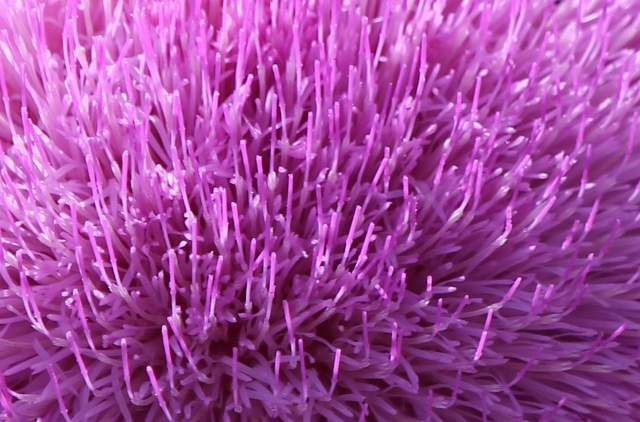 even if you come much closer… 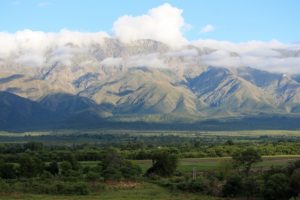 when it clears up, the Sierras look quite nice, actually 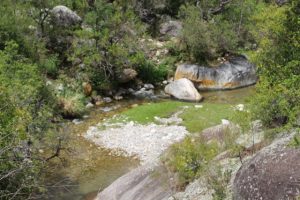 one of the small rivers provide several swimming pools 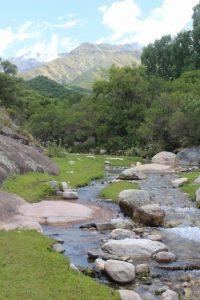 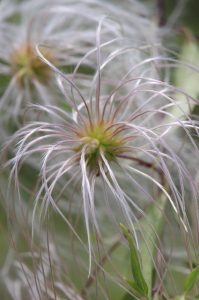 By the time we arrive in Villa de Las Rosas it has cleared up somewhat. We spent the days with walking in the hills, and to a spot along the river where we can bath. And we go to the ‘feria’, the several times a week market dominated by people selling self-made jewelry, weavings, and pottery – how hippy-esque can you get? Luckily, they sell food, too, at the market and at the small terraces that surround the plaza, and provide an excellent viewing platform for all those people enjoying themselves. Including the group of girls vying for the title of ‘Reina de las Papas’ – potato queen. Really. And we do what every tourist does, we relax in the garden, on the veranda, sipping wine. Wine? We have more on that…. 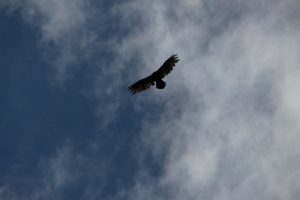 and birds of prey overhead 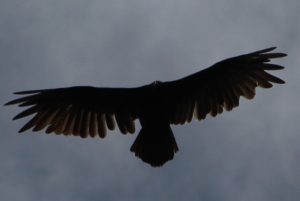 sometimes not that much higher than ourselves 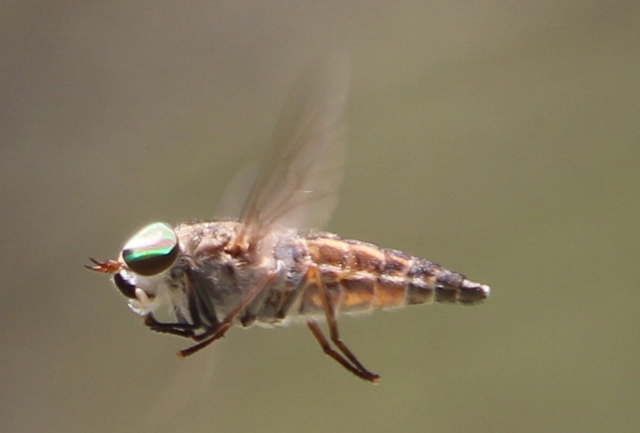 and what to think about this ‘bicho’, ready to sting anybody unsuspecting 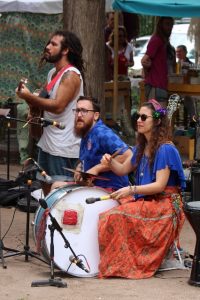 on the ‘feria’, a hippy band playing 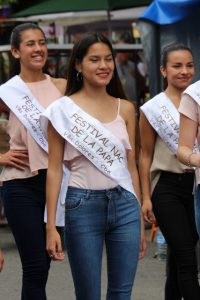 and the contenders for the title of potato queen 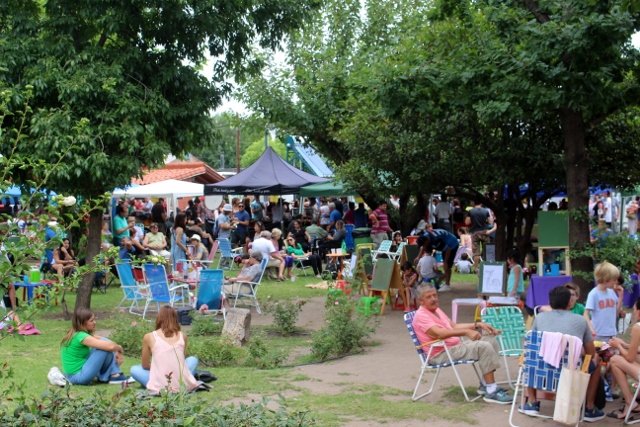 the rest of the village has settled in the park, in between the stalls selling food and artefacts