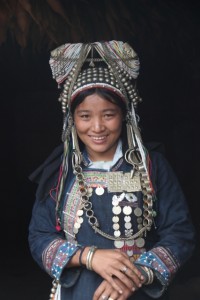 Akha girl who did dress up for us

In the hills in Northern Laos many of the local minority people are still dressed in traditional costumes.

Phongsaly is an excellent base for exploring Hill Tribe minorities in Northern Laos. We rented a car and drove to Ban Tang, a small village even further north. Along the way we passed many other villages, mostly with wooden houses on stilts, many still with thatched roofs, although corrugated iron makes inroads here, too. Life in the villages is equally ancient. Utensils that we proudly display in our house, baskets and pots, are here being used daily, and are lying and hanging around everywhere. 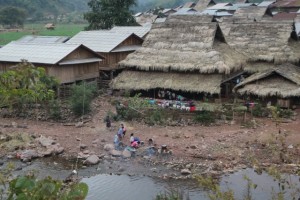 But the main attraction is the minorities. Many women still dress traditionally, in extravagant dresses, headdresses full of silver coins and large amounts of jewelry in their ears, and around their neck and waist. Children, too, are often in embroidered jackets – and with no pants on, a clear sign of poverty. But it goes to show that they don’t put up a show for tourists, this is how they go about their lives every day. 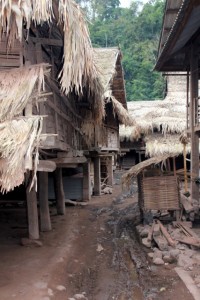 A common street in one of the villages 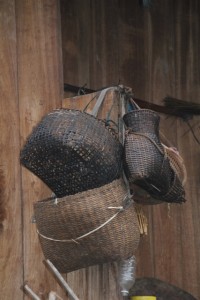 Baskets in the village 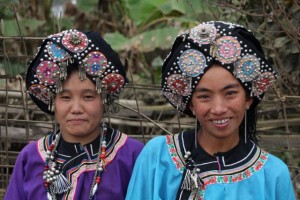 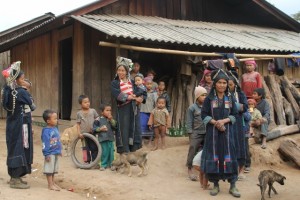 The village women and children as we encountered them, gathered in the main square along the road

These are mostly Akha people, in dark blue and black, but other tribes also live in the area, and no doubt can be visited with sufficient time at hand.

A photos gallery of ethnic minority people can be viewed here. 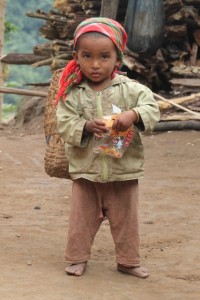 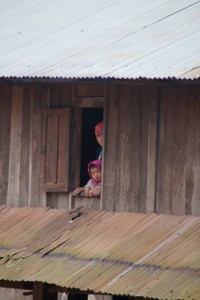