Despite all the cultivation going on, there is still plenty of jungle left, too Details

The mountainous jungle of the Vietnamese Highlands creates beautiful scenery, not in the least because the interchange with rice paddies and coffee plantations.

The Central Highlands of Vietnam roughly stretch north from NE of Saigon to halfway up the country at Danang. The first part, to Dalat, is pretty developed along the highway to Dalat, and not particularly attractive – not helped by copious amounts of rubbish along the road. But further north it gets a lot better, especially once one reaches Highway 14, also called Ho Chi Min Highway – as it follows the war-time HCM trails that supplied the Vietmin infiltration into the south of the country. 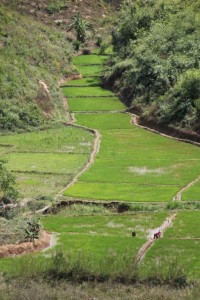 Rice paddies are popular at many of the valley bottoms 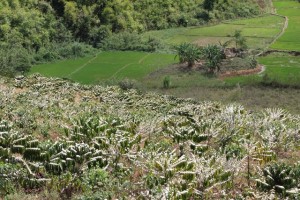 And the slopes are covered with coffee plants 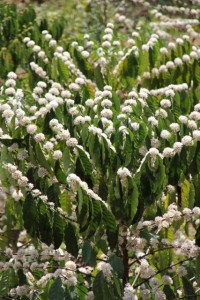 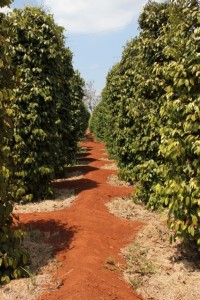 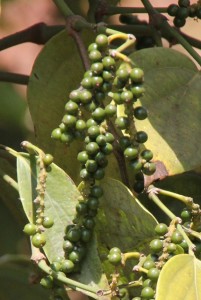 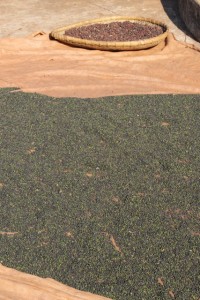 Pepper corns drying in the sun

The image of jungle after jungle, which one gets from American Vietnam war films, is not entirely correct (anymore), as large parts of the Highlands are being cultivated, both through large-scale plantations as well as backyard crops. It seems that everybody has a few pepper plants, or some home grown coffee, in his garden, and it certainly looks as if everybody has something to do with harvesting, as you’ll find coffee beans and pepper corns drying near every house, in every village, often of every public road, as well. Especially coffee, when blooming, is an attractive sight. The other products from the Highlands are rubber, from extensive plantations in various parts of the area, and, as everywhere in Vietnam, rice.

Travelling the Central Highlands in one direction or another is a delight. Natural beauty is interspersed with authentic villages of many a different minority tribe along the road, as well as a bit further away from the road. 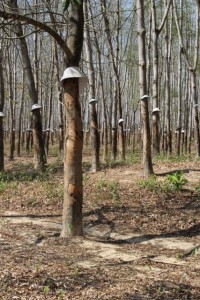 Rubber trees on a plantation Cows are another source of income, already from a very young age