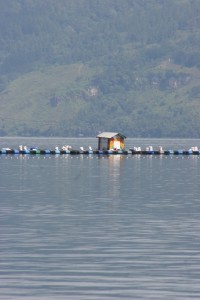 A somewhat overrated tourist destination, but there are several cute villages with traditional architecture and a stone cemetery cult

The major tourist attraction in Sumatra is without doubt Lake Toba, a crater lake formed by a massive volcanic eruption some 80,000 years ago. This was followed by more volcanic activity, which created the island inside the lake, Samosir. And that is really what Lake Toba is all about.

My initial impression was disappointment, in the bad weather the lake was by far not as spectacular as the guide books make you believe, but the next day, with a clear sky and an early morning sun, the lake was indeed beautiful, steep mountains surrounding it. Samosir supports just a handful of villages and only a rudimentary road system. The way to explore is on foot or by bicycle; cycling on Samosir is not particularly stressful, everything is close, and there are so many reasons to get off the bike and take pictures that you never cycle for more than 10 minutes at the time – at least I didn’t. 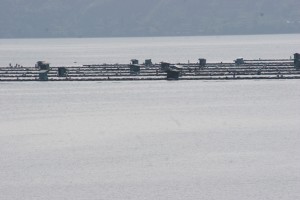 more fishing structures inside the lake 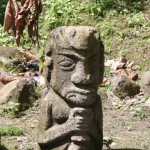 Most tourism infrastructure is in Tuk Tuk, a small peninsula where the majority of the ferries from Parapet at the opposite, “main land” side of the lake, arrive. From here, it is no more than half an hour cycling to Tomok. The road along the lake provides ample views of the fishing platforms, canoes etc. The village itself gains its notoriety for the kings that have been buried here, but unexpectedly, there was a lot more of interest, including a number of Batak houses – Toba Batak this time -, mostly with corrugated iron roofs these days, but the rest of the house is still made from solid wood, and intricately carved gable triangles. In fact there are traditional houses everywhere on the island, I realized later. 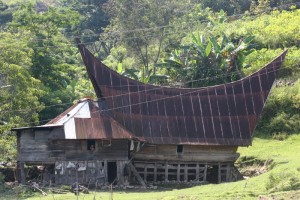 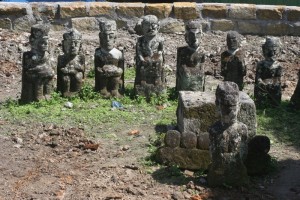 a circle of stone sculptures in the royal cemetary of Tomok

Back on the bicycle, Ambarita is on the other side of Tuktuk, reached through pretty countryside dominated by rice paddies and a steep mountain wall behind. The only mistake I made was trying to do this at 11 am, not even the hottest part of the day, but close. But then, the people in the rice fields were working even harder than I was doing, on my bike, and for much longer than the 20 minutes it took me to reach the next village. 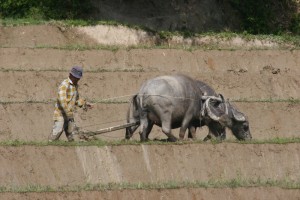 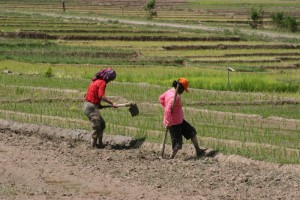 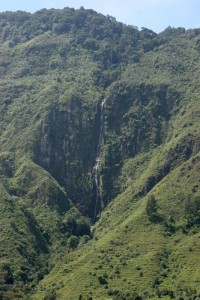 a waterfall in the mountains 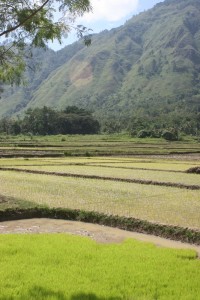 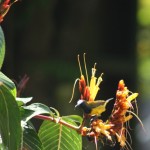 Ambarita was a little disappointing after Tomok, but it does have it unique attraction, a number of stone chairs, possibly used as ancient – well 200 years old – court of law.

Riding back to Tuktuk, following the lake shore around the small peninsula, was delightful again, with the best views of the lake so far – as well as a sample of the accommodation of offer, and the selection of shops. Mixed business models seem the way to go here, having a hotel must be combined with a restaurant, and shops need to sell everything possible, soft drinks and alcohol as well as biscuits, souvenirs, blankets, woodcarvings and artifacts. They are clearly well prepared for tourism, here, it is just that it isn’t the best of times, now. 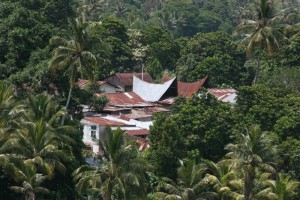 view of a hamlet near Tuk Tuk 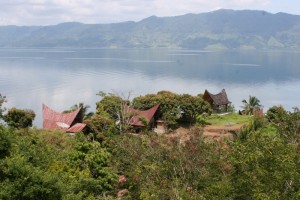 another hamlet, with a view, near Tuk Tuk 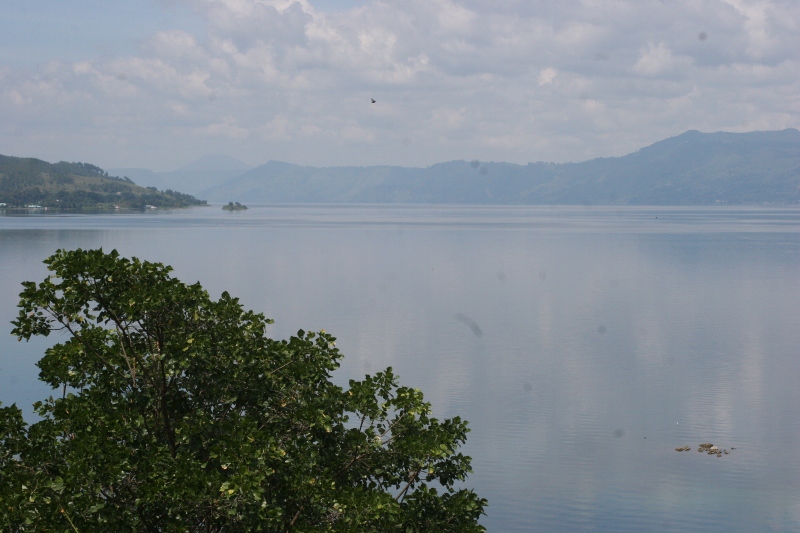