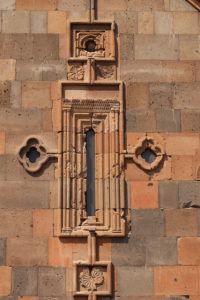 window in the church at the Hovhannavank Monastery

Actually, vank already means monastery in Armenian, but not everybody speaks the language. Hovhannavank is the Monastery of John, and is located north of Ashtarak, at the edge of the Kasakh Gorge, quite a spectacular setting. In the distance one can just about make out that other monastery at the gorge, Saghmosavank. 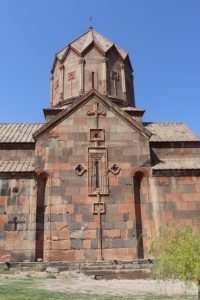 the Church of Saint John at Hovhannavank

Hovhannavank is the oldest of the two, its basilica dating from the 5th Century, although it has been rebuilt since, several times. However, the main construction, of the gavit and the Churchg of Saint John, are 13th C. A gavit is a typically Armenian church element, used in the construction of early Medieval churches. There are various types, but all involve a vaulted extension to the church, serving as entrance, assembly room and often also mausoleum, with tombs in between the columns. Quite attractive, actually. Many of the columns have been variously decorated, with properly styled and sculpted images as well as crosses carved seemingly spontaneously, as a mark of respect by people who have stayed in the area.

The church is mostly decorated by carvings and reliefs. The most famous one is above of of the doors, depicting Christ and the five wise virgins and the five foolish virgins. Except that somebody noticed that these virgins have beards. Which may point at the Last Judgement, instead. 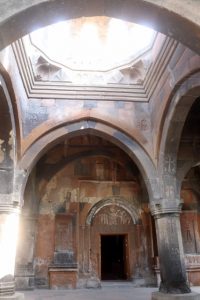 gavit of the Hovhannavank, with the famous bas-relief over the door 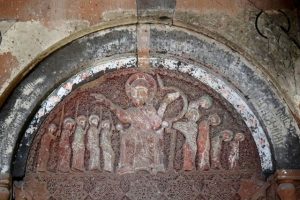 bas-relief over one of the doors in Hovhannavank 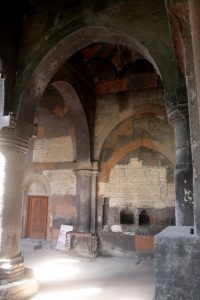 anather view of the gavit 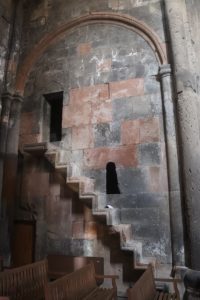 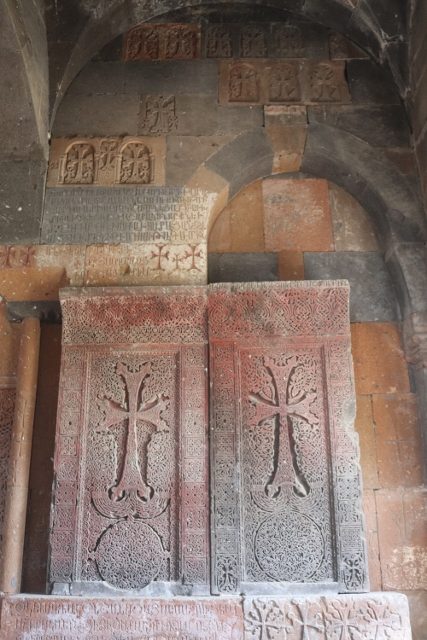 two kachkars inside the gavit 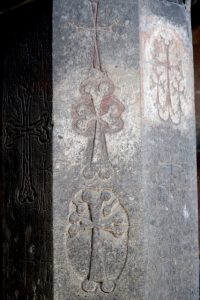 decoration of one of the columns 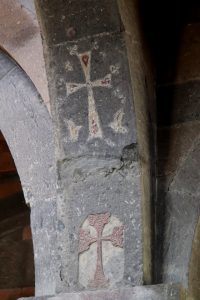 the arches on the side of the gavit are also decorated 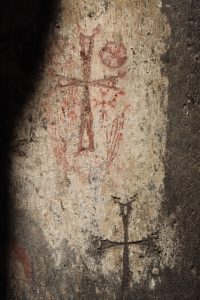 more decoration of columns, but much simpler in this case 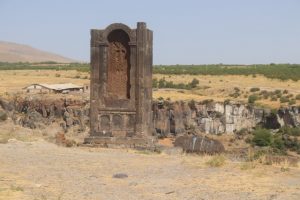 large kachkar outside the church, at the edge of the canyon 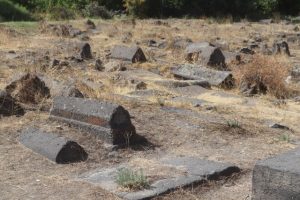 more tombs, these ones much simpler 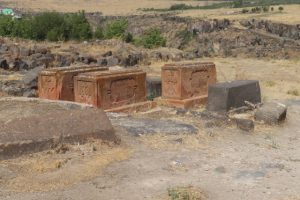 tombs in the cemetery behind the church 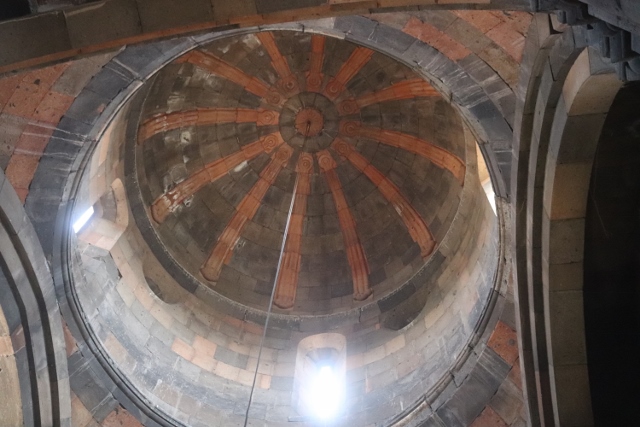 and the cupola, in two colours stone