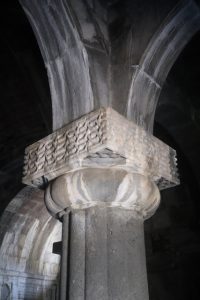 One of the two UNESCO-listed monasteries along the Debed Gorge in NE Armenia, Haghpat Monastery (Haghpat means ‘huge wall’, the one surrounding the complex, presumably) is the nicer of the two. The main church, Church of the Holy Cross, was built between 976 and 991, at the behest of Queen Koshrovanush, the wife of then-King Ashot Bagratuni. The church was probably completed by her son, by then King Smbat, who is depicted with his brother on one of the outside walls, holding a miniature church. 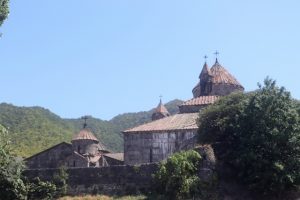 the Haghpat Monastery complex, surrounded by a large wall 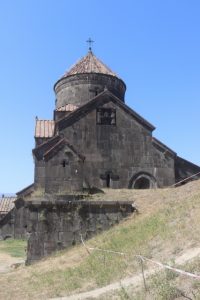 the main church, with the relief of the sons of Queen Koshrovanush, patron of the church 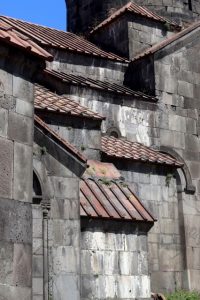 several roof levels on the side of the main church

Several buildings were added to the complex in the 13th Century, which also saw the inside of the main church being decorated with frescoes, many of which are still remarkably visible. The monastery also used to have an extensive library, which, however, was raided afterwards by enemies, upon which the library was turned into a store room. 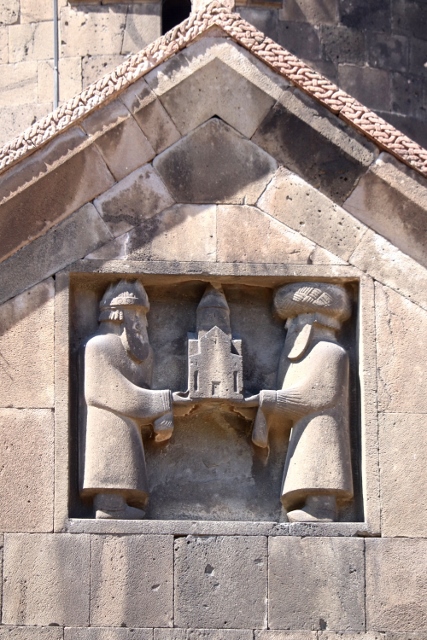 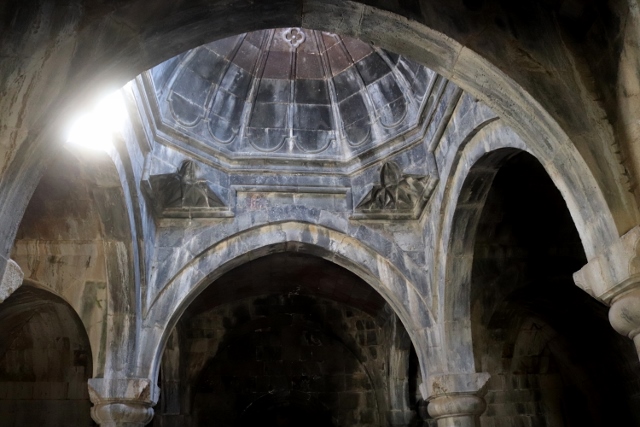 cupola of the gavit 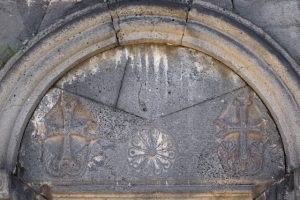 decoration above the entrance door 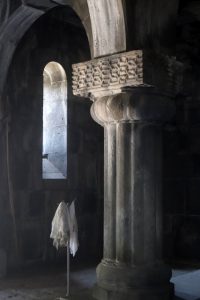 a column in the gavit 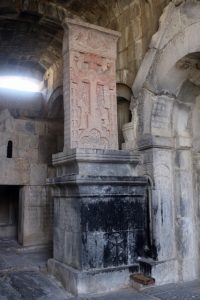 Near the library is one of Armenia’s most famous kachkars, the Holy Redeemer, a beautifully carved image of Christ crucified, surrounded by apostles and angles. It is claimed that this piece has been here since 1273.

The other UNESCO-listed monastery is Sanahin, a stone throw away along the same Debed Gorge. In northern direction is the Akhtala Monastery, with even better frescoes. 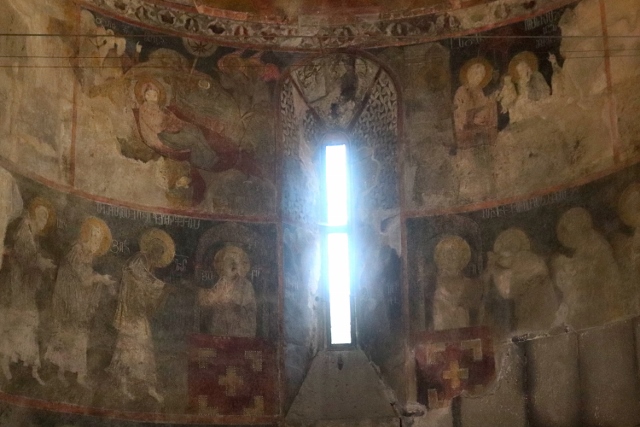 some of the frescoes in the apse 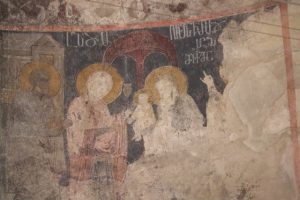 detail of one of the apse frescoes 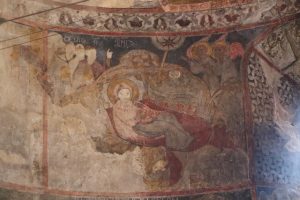 and another one in the apse 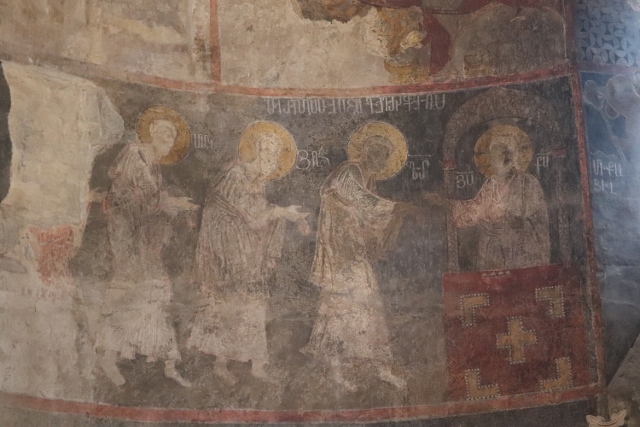 left side of the Last Supper fresco 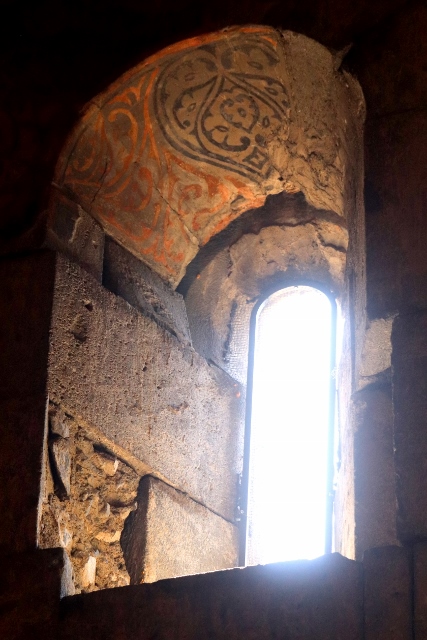 the church windows have also been decorated on the inside 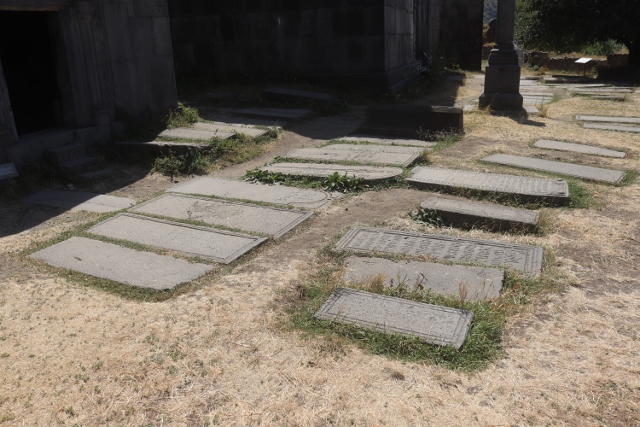 tombs outside the church