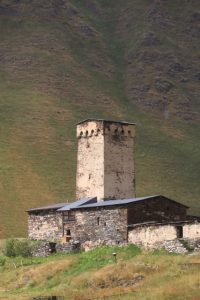 one of the first defence towers of Ushguli, associated with a small church

Ushguli is our first Svaneti village, not only full of the characteristic defence towers, but also of tourist facilities.

The most distinctive feature of the Svaneti area is its sheer endless collection of defence towers, tall fortified structures with strong rooms, small windows, and apparently even pre-fab gullies from the top floors, through which hot oil could be poured over attackers trying to scale the building. In times of outside stress whole extended families would gather inside, with the animals, and withstand any form of siege. The oldest foundations of the towers have been dated to the 1st Century BC, and many of the current approximately 175 towers still existing are from between the 6th and 16th C. And the largest number of towers, also the highest density per inhabitant (33 per 50 families, or some 220 people), can be found in Ushguli. 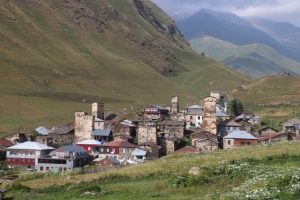 Ushguli consists of several clusters, this is the biggest

My guidebook, four years old, suggested to stay overnight in Ushguli to avoid the daily tourist influx; there is always a homestay available in one of the village clusters. No more. The tourist industry has arrived, complete with hotels, and every other house seems to be a bed & breakfast. There are cafes, and there are souvenir stalls. Entrance to the ethnographic museum, just one of the many that have sprung up, is more expensive than that to the National Historic Museum in Kutaisi, earlier this week. And all that for a cramped room with pots and pans, and other flee market stuff, that here in Ushguli receives a stamp of authenticity. 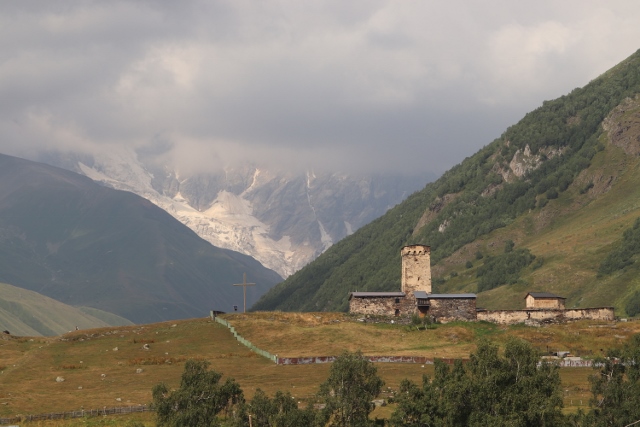 one of the Ushguli church complexes, with a glacier in the back 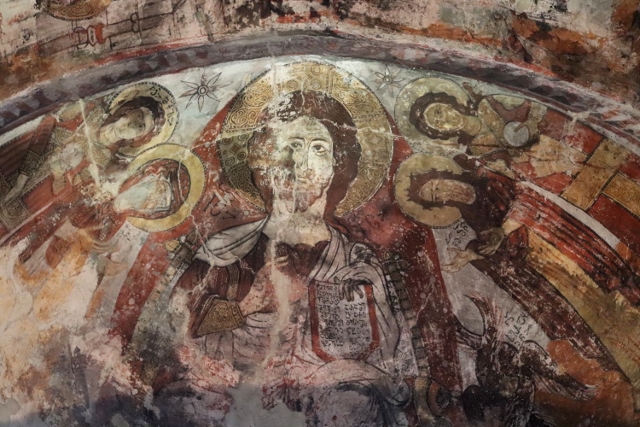 inside the church, fresco of Christ Pantocrator 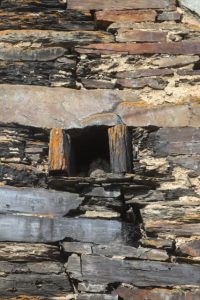 a window, in one of the towers 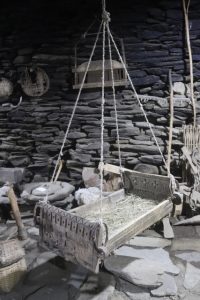 one of the objects in the ethnic museum, which looks more like a flea market inside one of the towers 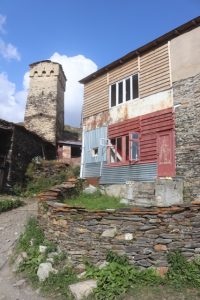 not all the houses are original, this one has a corrugated iron extension 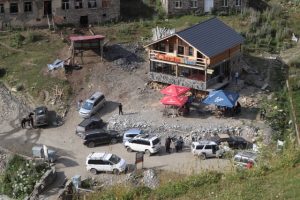 tourists in droves: the vehicles, and one of the many bars in town 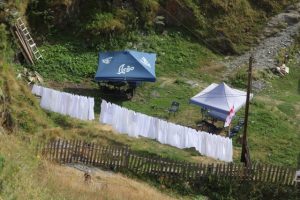 tourist in droves: linen of one of the hotels 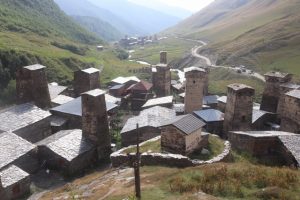 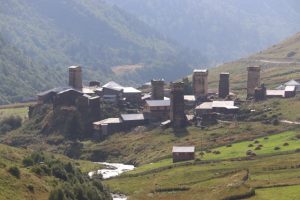 distant cluster of houses and towers

Don’t get me wrong, it is still a fascinating village, full of a whole range of impressive defence towers, but as so often, once discovered by the tourists, it does lose some of its originality. There are just too many comfy-dressed people that sit uncomfortably on a horse, because horse riding is the thing to do. Too many flashy four-wheel drives bumping up and down the muddy tracks between village clusters to ferry camera-wielding amateur photographers to the most ideal vantage points – never mind that, except for the horses, we did exactly the same of course. With great results.

So, we don’t overnight in Ushguli, but at the end of the afternoon move on to Mestia. 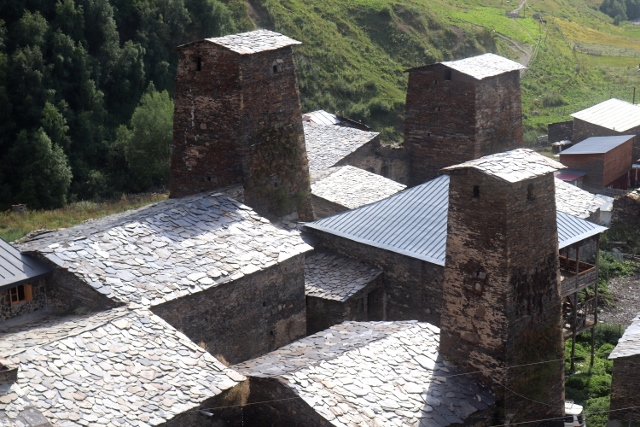 towers and roofs, which are mostly still original 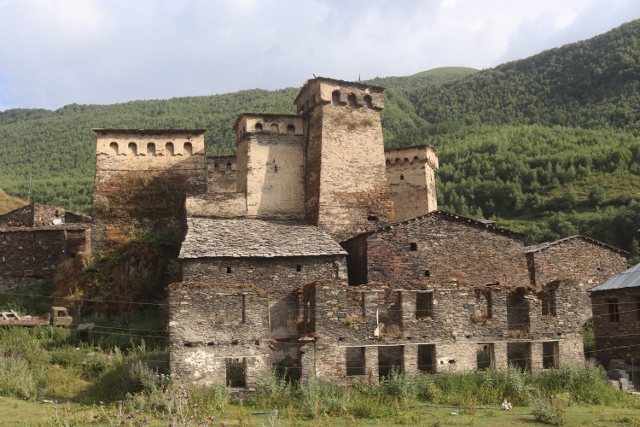 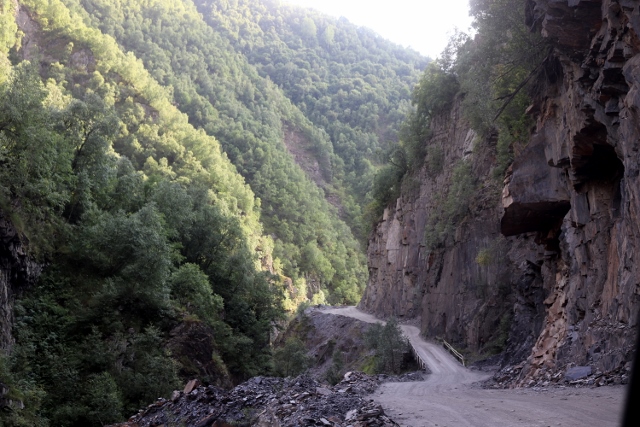 the road to Mestia, not much better than what we had done earlier, to Ushguli