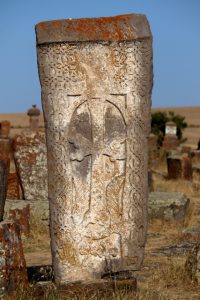 a single khachkar in the Noratus cemetery

Noratus is a fascinating cemetery, adorned with the largest collection of khachkars in the world; as well as with the modern version thereof.

Well, we don’t say goodbye to Lake Sevan, yet.

In the village of Noratus, close to the lake, is one of the most remarkable cemeteries I have even seen. I told you about the kachkars, the carved stones that are an integral part of Armenian culture. Many of the churches we have visited, have several kachkars outside, and sometimes inside, for example in the gavit. Not all kachkars are used for remembering the deceased, there are many other reasons, like celebrating the completion of a church, or a military victory, to carve a kachkar. Likewise, not all tombs are decorated with a kachkar, not in history, and certainly not anymore in modern times – although occasionally, some monstrosities on recent graves can be observed. 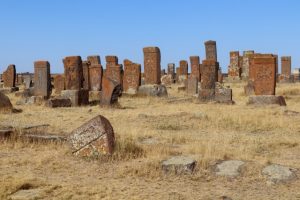 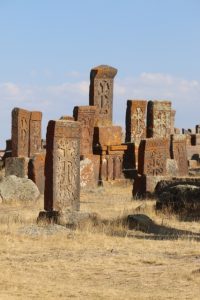 The Noratus cemetery has an old part, where an estimated 900 khachkars are located, carved between the 9th and 17th Century. Some in groups, some isolated, all beautifully executed, representing a grave. In between, there are tombs, or slabs, obviously also graves, and often also carved, albeit with much simpler images. There are also two small chapels, dated to the 13th C.

We are here at the end of the afternoon, best time to visit, as the original khachkars are all facing west. Just wandering through this jungle of stelae is surreal, you don’t know where to look. And it is not just kachkars, there are also many tombs, simpler decorated with scenes of life, or just an image of a person. You need to concentrate on the individual stones, otherwise you don’t appreciate the detail – but you cannot investigate 900 kachkars, and also pay attention to the tombs. Still, even a small selection gives you already the magical feeling of this cemetery.

Which, merely for entertainment purposes, can be extended with a walk across the modern section, where some of the graves are humble affairs, but some others are, let’s say, a little overdone. Culminating in adding a khachkar made of cement.

Next: the caravanserai at the Selim Pass. 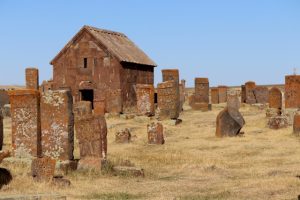 the largest of the two chapels 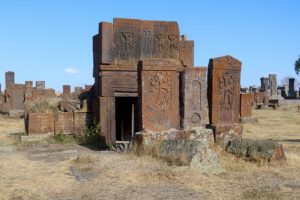 and the smaller one, with khachkars on top 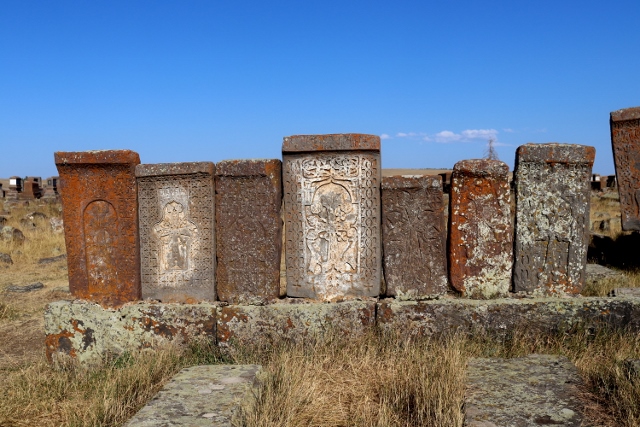 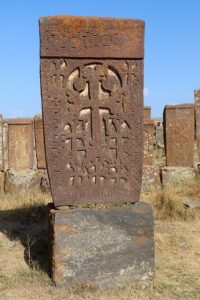 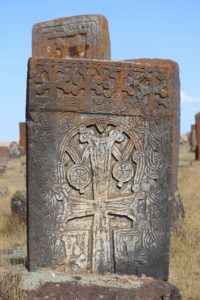 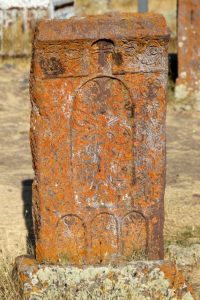 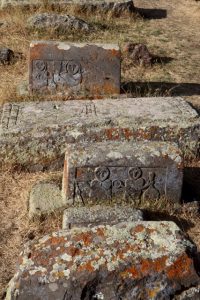 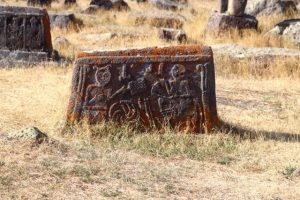 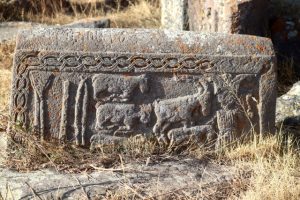 a rural scene on a tomb 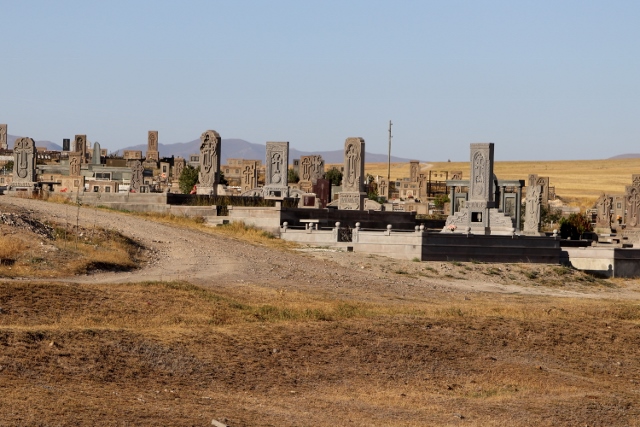 this is the modern cemetery, maintaining, sort of, the tradition of khachkars 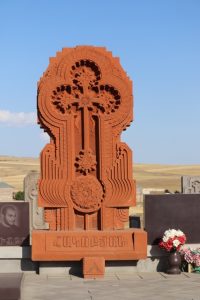 but the present day khachkars are different 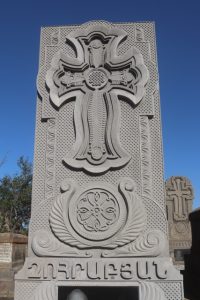 just made from cement 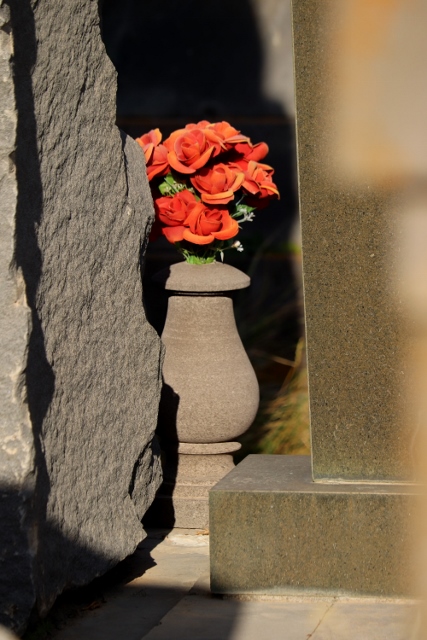 there is always some colour, somewhere, on a cemetery