30. the road back to Yerevan 31. looking back at Armenia 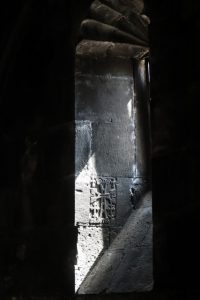 The first church at this location is probably early 4th Century, part of what was called the Ayrivank, meaning cave monastery – suggesting that the first man-made caves were this early. However, the current cave churches are of a later date, the second one thought to have been completed in 1283. Both cave churches can be entered through the gavit, a 1225 addition to the main church, built 10 years earlier. 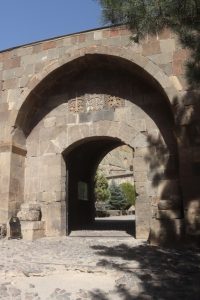 entrance gate to the Geghard Monastery 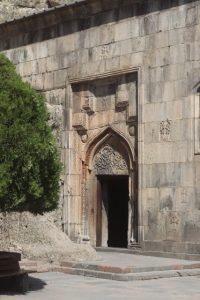 the dor to the main cathedral, the only built-up building 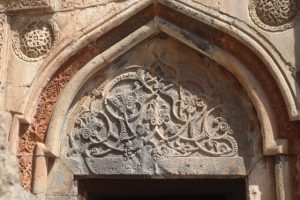 bas-relief decoration above the door 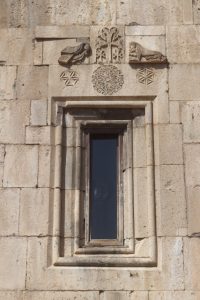 a window, and once again more carvings 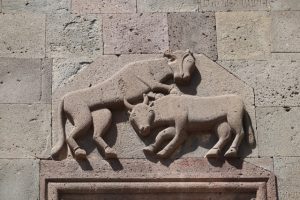 a razor-sharp bas-relief above a window or a door

The first cave church is pretty bare, and is mostly of significance because of the spring, for which long queues form with people keen to score some holy water. The second one is much more elaborate, and preceded by a mausoleum with lots of great bas-reliefs, of crosses, but also of animals. Like the cave church, it is entirely cut out of the rock, and every detail, every column, is a deliberate left over, rather than a later construction. The third ‘main cave’ can be reached by stairs cut out of the rock, and a covered passage, decorated with khachkar carvings. This is not a church, but the mausoleum for the family that was also responsible for the cave churches. The mausoleum is actually  higher up in the rock, so that through holes you can look down again in the cave churches below.

This is really a fabulous complex, reminiscent of rock churches in Ethiopia, for instance. Apparently, there are many more caves, many with further carvings, which, however, due to time constraints we didn’t explore. After all, we were on the way back. 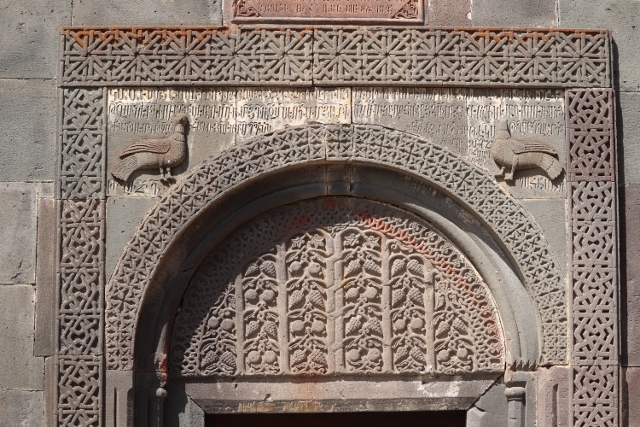 another door, another tympanum 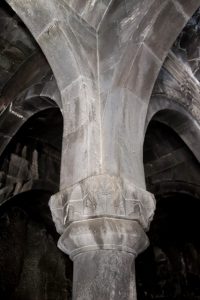 a column in the gavit in front of the main cathedral 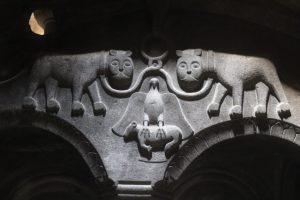 one of the most evocative bas-reliefs, in the mausoleum in front of the second cave church 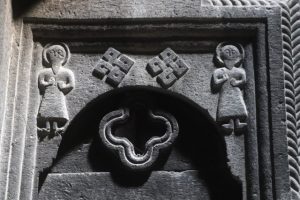 more carvings in the same mausoleum 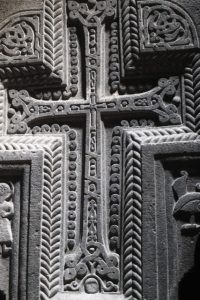 and a cross, also carved out of the rock wall 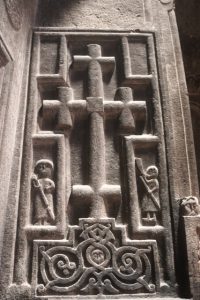 another cross, with miniatures on the side 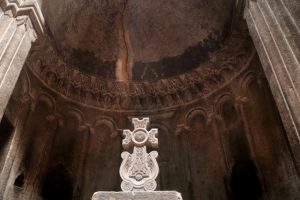 the apse of the second cave church 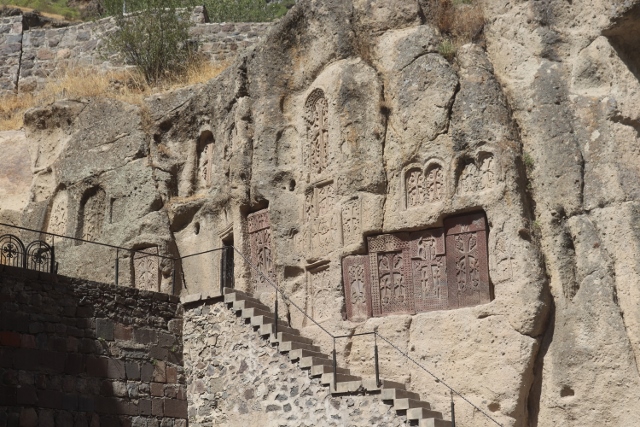 the stairs to the family mausoleum 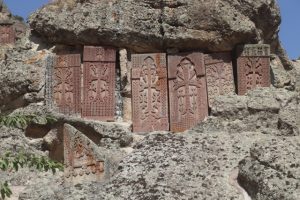 some of the khachkars on the premisses the tunnel dug towards the family mausoleum 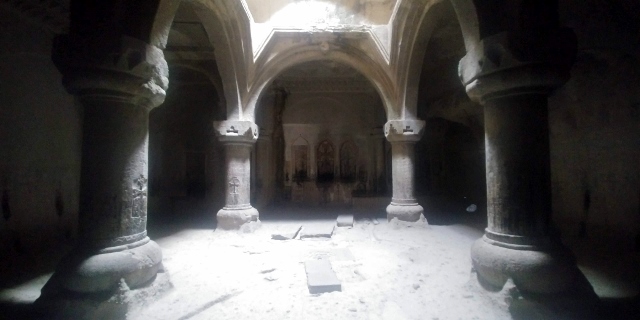 the dug out mausoleum, complete with columns left from the original rock 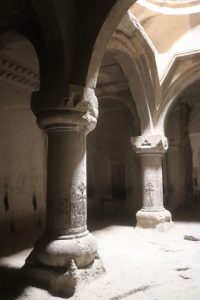 close up of the columns 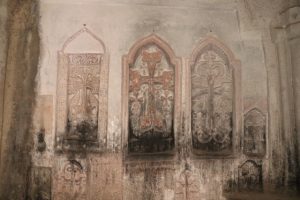 some wall-carved khachkars in the mausoleum 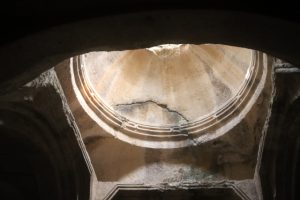 the roof is open, to allow light inside 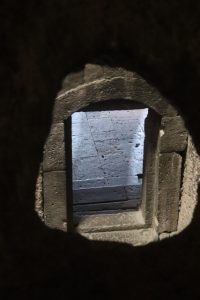 a hole in the mausoleum, allowing views into the cave church below 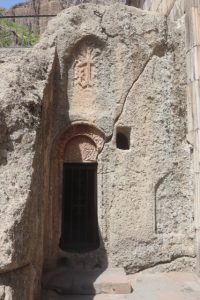 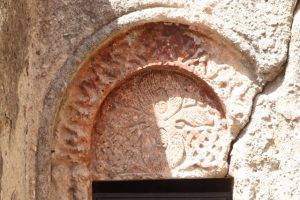 but with bas-relief above the entrance