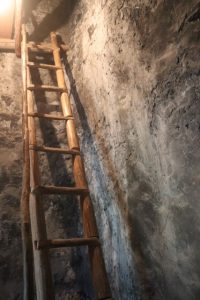 steep stairs inside one of the defence towers in Mestia

Mestia is Svaneti’s main town, with lots of old houses and defence towers, as well as modern architecture and tourism facilities.

If I found Ushguli already a bit of a tourist trap, Mestia is even further developed. This is the centre of Svaneti tourism, from where everything is being managed. Here the tours depart, the tracks initiate, the hikes begin. And yet, it is less disturbing then in Ushguli, where often the views of the historical cluster are being abrogated by a fancy, bright colour of a new guesthouse. 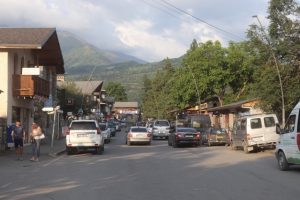 main street in Mestia, much developed for tourism 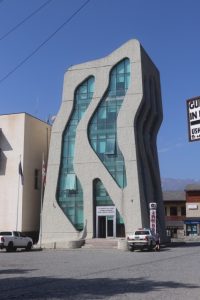 the hypermodern police office in Mestia 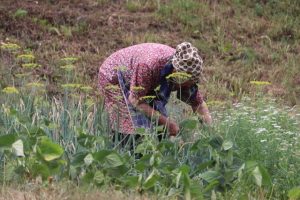 and hard-working local, not employed in the tourist business

Mestia has the air of a small town – although, with less than 2000 permanent inhabitants, in cannot seriously claim to be one. But there is a main street, with a bus station, lots of tourist infrastructure in the form of shops, cafes, restaurants, hotels. And there are lots of tourists around, so many that there are also lots of imported food and beverage service providers. It has an oversized, hyper-modern design police office, as well as a modern looking, equally oversized, municipality building. And here, too, every third house offers bed & breakfast, but somehow they blend in better with the rest of the village, which also has its share of defence towers. 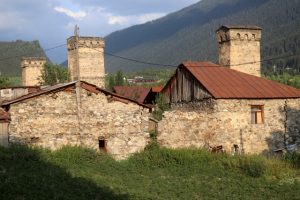 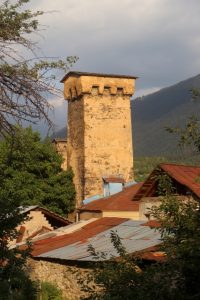 defence tower in the evening sun 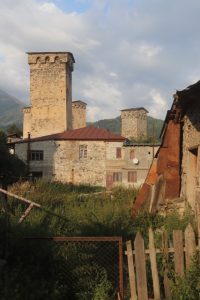 another view of towers and houses 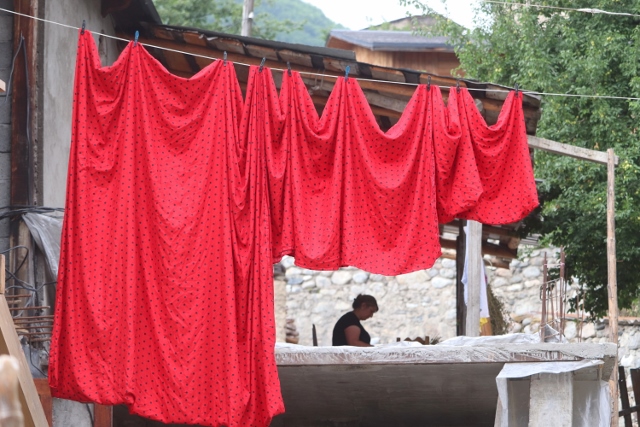 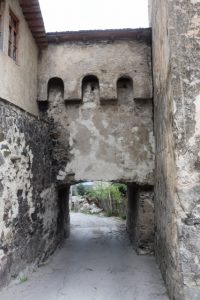 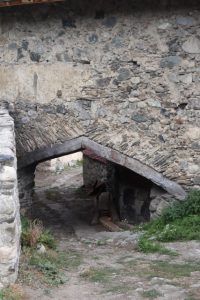 another passage in Mestia 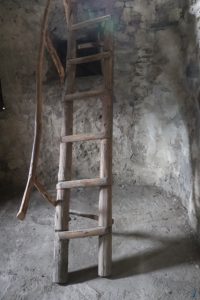 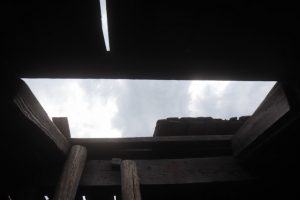 the roof opening at the end of the series of stairs 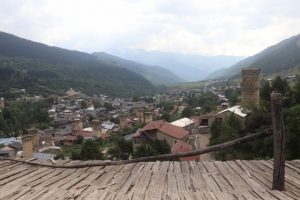 view from the roof, or rather, the top of the stairs

One of the towers is open to the public, and I can climb all the way to the top – a scary experience. I think I cover four or five levels, each connected by a steep, almost vertical ladder, well connected – that is not the issue – but at the end leaving an opening to the next floor which is marginally big enough to let me and my backpack through, whilst I clamber over the rim. The last ladder brings me to the roof, not a place to go and climb on, as far as I am concerned, so I stick my torso – without backpack – through, and quickly shoot some photographs. Brrrr. Going down is possibly even scarier. 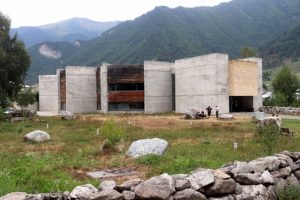 the purpose -built Museum of History and Ethnography

An easier, and perhaps more rewarding visit is to the Svaneti Museum of History and Ethnography, in a purpose-built modern construction that provides a beautiful display for the museum’s treasures. There are the usual archaeological finds, but most impressive is the collection of 10-13th C gold and silver icons, many from local Svan churches. The ethnographic part of the museum – the pots and pans, but also armoury and saddles and a lot more – is definitely better arranged than those in the earlier museums of Oni, or indeed, the room in Ushguli. 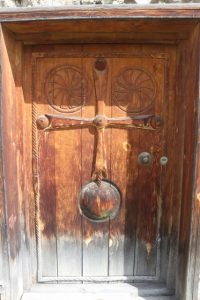 a closed door at one of the churches nearby 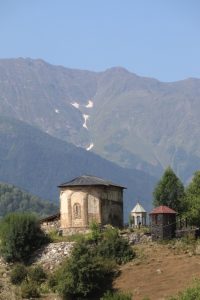 one of the small churches around Mestia 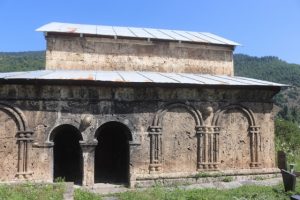 local church, just outside Mestia – from the outside only

Because we are both suffering a cold, we don’t really get out to walk in the area. Not that we are great hikers, but under different circumstances we would have done some trips of several hours, to the local glacier, for instance. Now we limit ourselves to several churches nearby, but all of our efforts strand on the outside on the churches. The doors are closed, no indication of where to find the key, and no intention from people in the neighbourhood to provide any assistance. The church, it seems, has not yet succumbed to the tourist pressure. 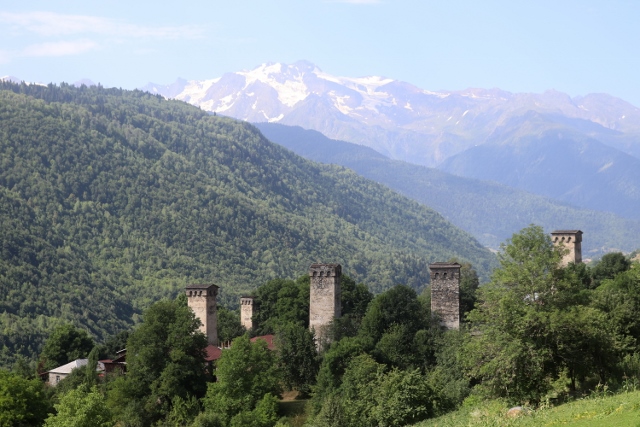 outside Mestia, another hamlet with a view 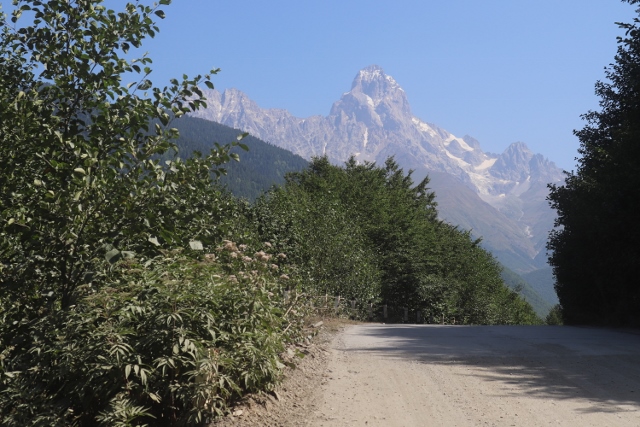 the road back down, the main road this time