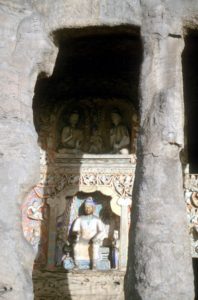 Buddha sculptures inside one of the Yungang caves near datong

Quite a few cities in China have been a capital of some dynasty at some stage, and Datong is not different. In fact, it was a capital in 4th and 5th Century AD, and again in the 10th Century. But present day Datong, is mostly known as capital of Chinese coal production – it produces around a third of all Chinese coal -, and it shows. It is not only the air you breath, it is also visible everywhere in town, in the dark-stained houses, in the trucks that transport the stuff, and in the coal dust that you find back everywhere. 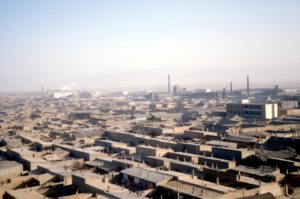 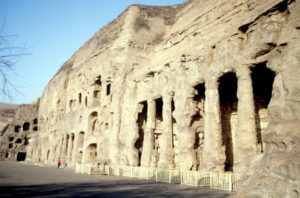 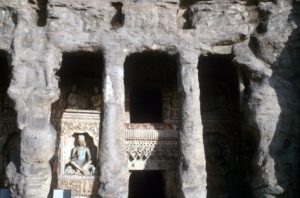 inside one of the caves 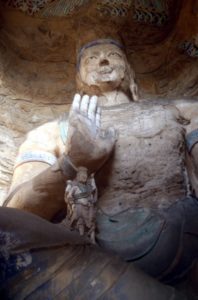 one of the big Buddha statues 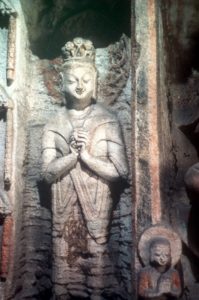 another sculpture – note the coal dust! 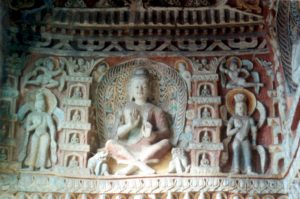 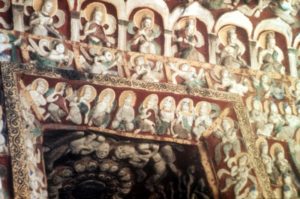 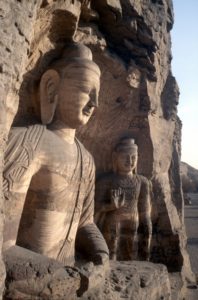 and sculptures outside, too 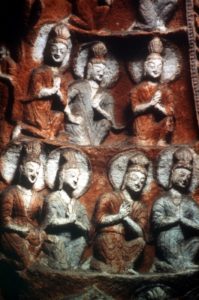 detail of the decorations

That coal dust is also present on the shoulders and the heads of the many Buddha statues in the nearby Yungang caves. These caves, man-made during Datong’s first stint as capital, of the Northern Wei dynasty, were started in 453 AD and apparently took forty thousand workers a century to complete. They may have held up to 50,000 sculptures in a variety of sizes, originally covered with plaster and brightly painted. Those in the know claim that these are some of the nicest, artistically outstanding Buddhist statues in China – and China has a lot of them! 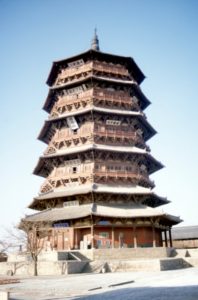 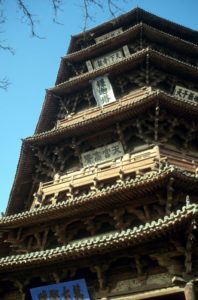 every floor made from wood 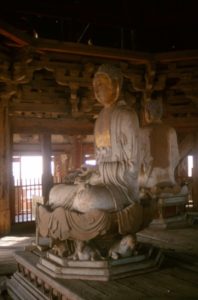 and inside the pagoda, more Buddha statues

The second period as a capital generated further treasures for Datong. In nearby Yingxian stands the oldest wooden building in China, the over a thousand year old wooden pagoda, initially built without the use of nails, although these days that concept has been abandoned. Still, impressive, with its multiple stories and 70 meter height. 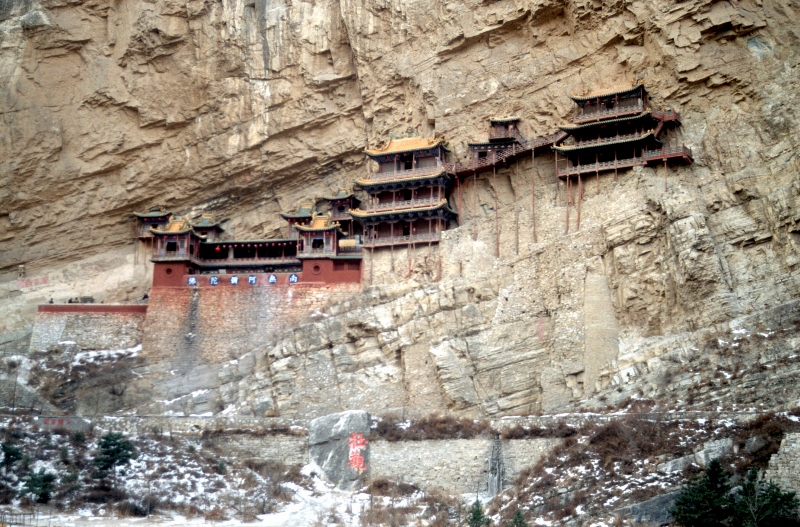 the Hanging Temple, in all its glory 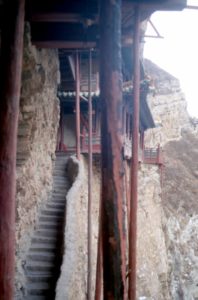 the narrow stairs and corridors 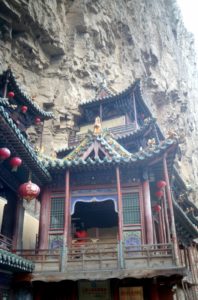 one of the temple rooms

Even more impressive, though, is the Hanging Temple near the town of Hunyuan, also not far from Datong. Also largely made of wood, this structure is kept upright, against a sheer vertical cliff face, thanks to wooden poles supporting the temple, that somehow have been attached to cliff ledges. You can enter the temple, which naturally is a rather narrow affair, linking small rooms with a series of wooden stairs and corridors. The dramatic scenery of the Heng Shan mountains serves as the perfect backdrop.

All together worth the trip from Beijing, which we did by train very early in January. When it was so cold, thanks to a freezing wind, that we couldn’t stay outside for longer than 15-20 minutes – we moved through downtown Datong from heated shopping centre to shopping centre, warming up enough to brace ourselves for the next walk outside. 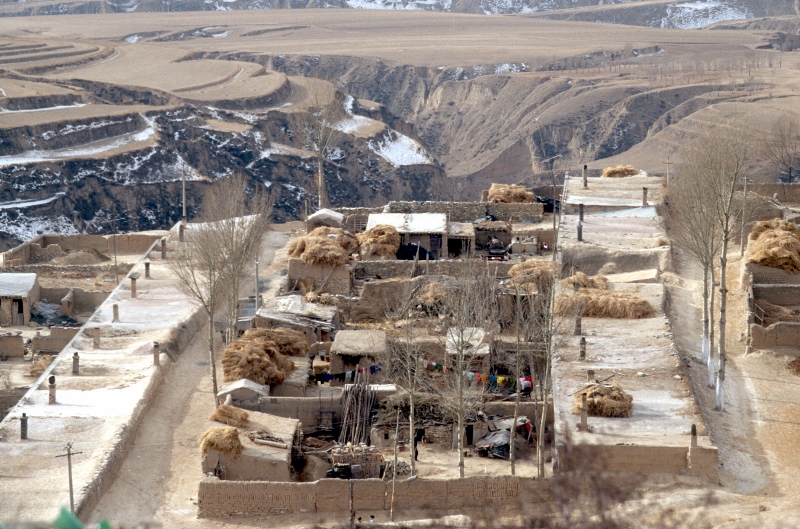 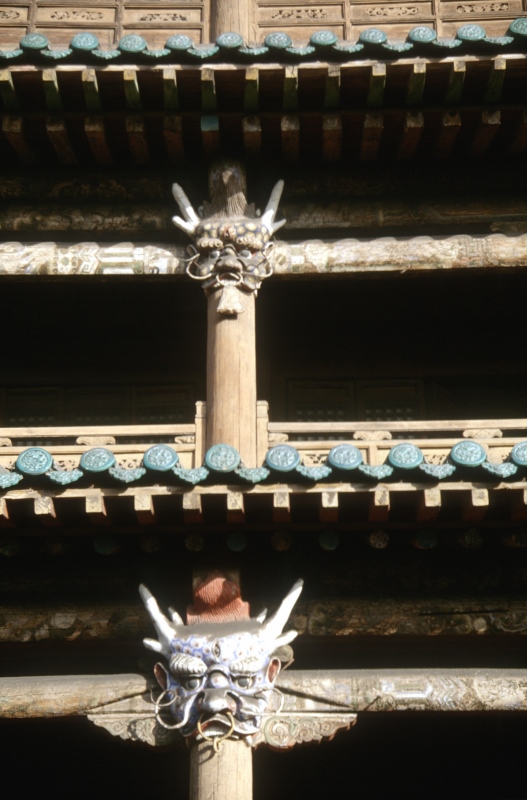