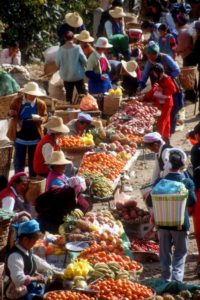 colourful display of people and products in Shaping

Dali is a good base for exploration around the Er Hai Lake, where the Shaping market and the village of Xizhou form attractive targets for a day trip, providing some insight in the minority culture of this area.

Thirty minutes from Dali, situated at the northern end of the Er Hai Lake, is Shaping, famous for its Monday market. Very colourful again, dominated by Bai dresses in white and red, long plaid skirts and conspicuous head decorations. At least one other minority, perhaps the Naxi in purple and blue, and occasionally green, was also well represented. As markets go in China, they sell everything, from incredible mountains of cabbage, huge chickens and bags full of red peppers to thousands of baskets and, for the tourists, antiques again. And tourists there were, arriving in droves on specially laid on minibus tours from Dali some 15 minutes after we had gotten there. A swarm of westerners, continually moving as one cloud, and only very slowly dissipating in between the stalls. 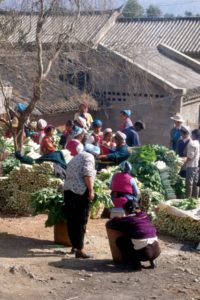 the market in Shaping market woman in between her wares 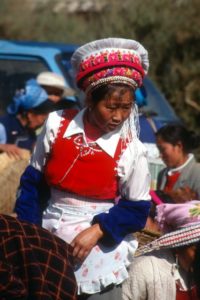 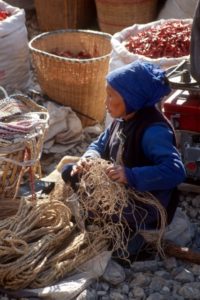 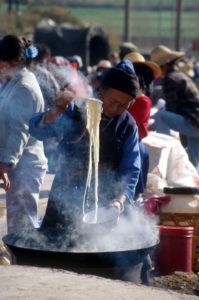 also plenty of space for the food stalls 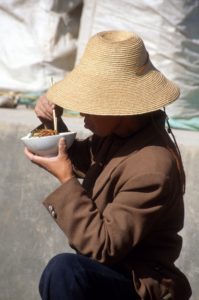 which is an obvious necessity, during the day 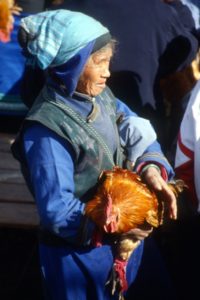 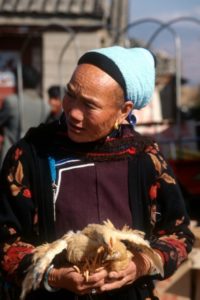 and another one, selling a smaller version

But Shaping had more to offer than just its wonderful market. Beautiful Bai houses, often two-storied, come with wooden paneling and wood-carved windows and balconies. Their large courtyards, often well maintained and clean, with dark red pillars support inner balconies, which have been decorated with plants. 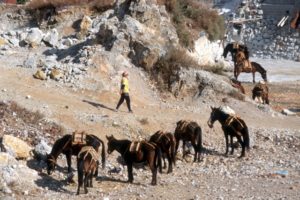 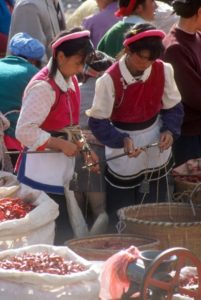 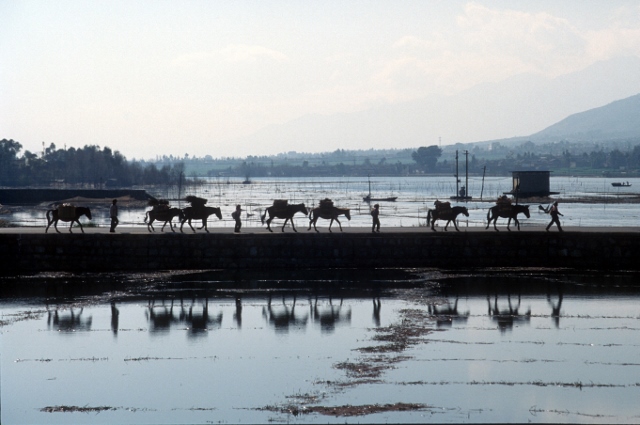 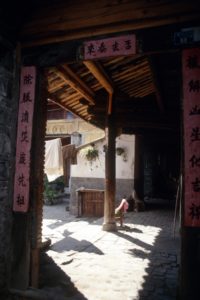 one of the many courtyartds 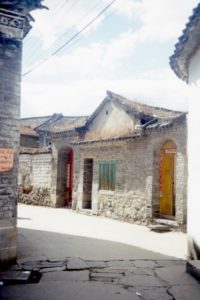 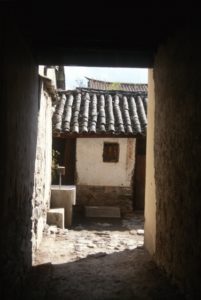 another of the courtyards 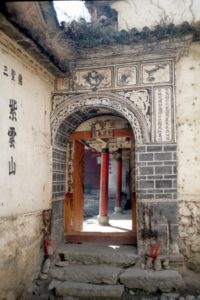 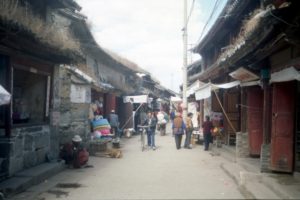 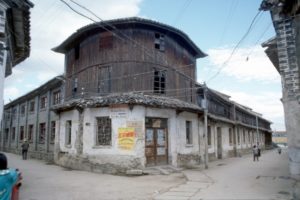 the Xizhou hotel, in the town centre

We walked along the lake for a while, and then picked up a bus to Xizhou, another large village, with even more elaborate examples of these Bai houses. This village turned out to be very compact, with very few main streets, but many little alleys leading to houses. Quite a few of those ultimately ended in a cul-de-sac, forcing us to retrace our steps. Many of the houses have fabulous porches, either stone- or wood-decorated, an occasional painting next to or above the door, and always room for incense, either in a specially constructed hole in the wall or in a rusty tin nailed to the porch. The centre of town, reached through a network of busy shopping streets, is a small square where all the old men seem to have gathered to play mahjong, cards or checkers, or just smoke their pipes in the sun and watch the children play.

Outside the village is actually just as attractive as inside, with people working the fields in colourful dress contrasting with the many varieties of green. In the distance other villages loom, as equally compact units, groups of houses built together with little space in between. People must have felt the need for a strong defense in the past, anticipating less peaceful situations than the images radiated at that moment.

Next: the other tourist trap of Yunnan, Lijiang 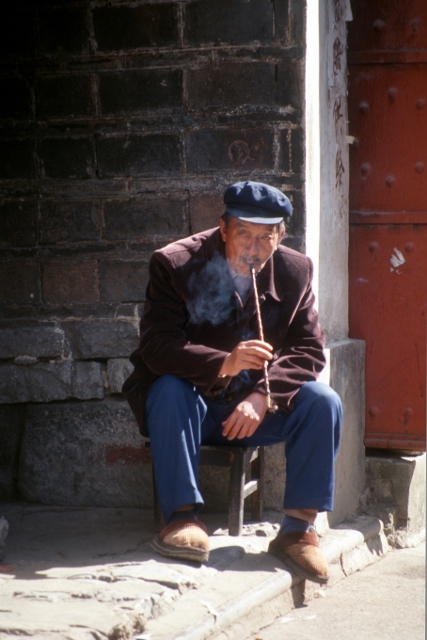 one of Xizhou’s inhabitants, smoking a pipe 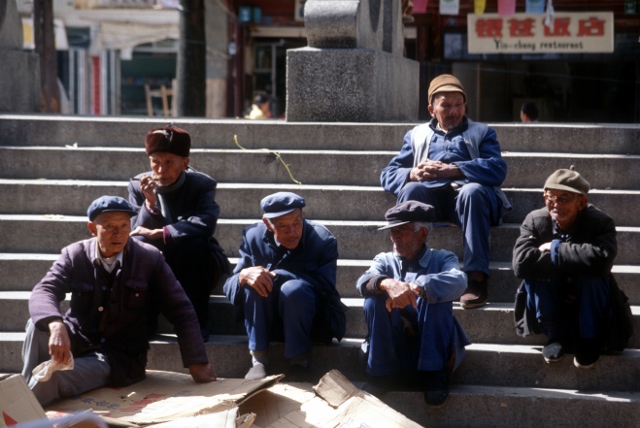 the men, keeping an eye on proceedings in town 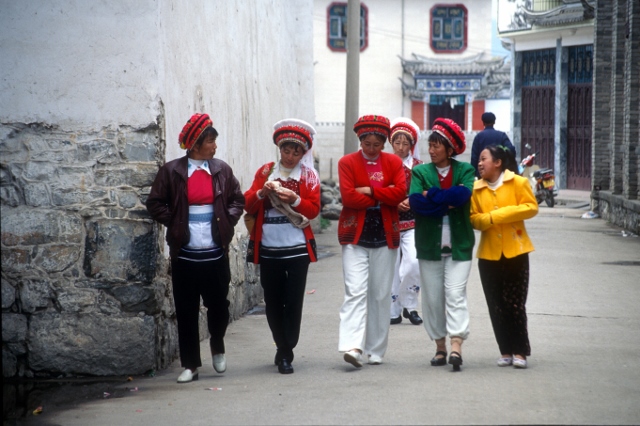 the local youth, on a rampage