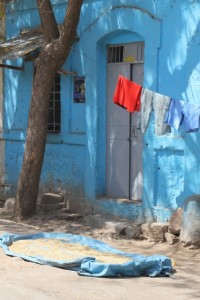 Big city with a pleasant small-town atmosphere, and the promise of rock paintings. 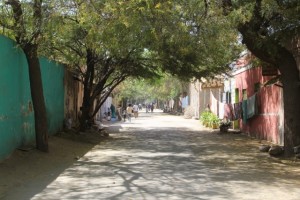 East of Addis Ababa, Ethiopia quickly becomes a desert affair, with few town of any size. The exception is Dire Dawa, the town built at the beginning of the 20th Century to accommodate a stop halfway the Addis Ababa – Djibouti railway. In those hundred years or so the town has grown to the second largest in Ethiopia, although you wouldn’t say. Dire Dawa has a very relaxed atmosphere, with tree-lined streets providing the necessary shade, with brightly painted adobe-type houses in the back streets, and with the ever-present market, the attractive Kafira market, sprawling on the left bank of a wadi that cuts the town in two halves. Pleasant enough for a little walk. 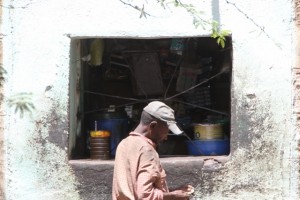 hole in the wall 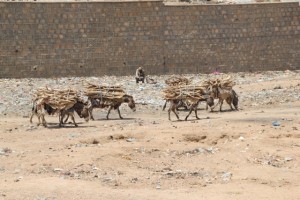 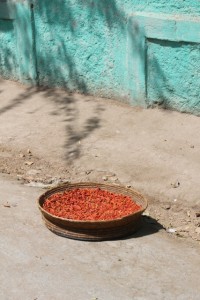 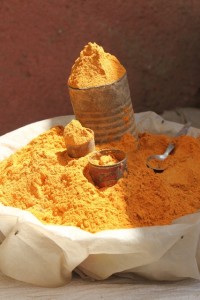 some yellow powder, in large quantities

We had come to Dire Dawa to see rock paintings. Not very well advertised in guide books, there are in fact at least four caves in and around town that contain reputedly interesting rock paintings of humans, and domestic and wild animals. Determining the age of these is always problematic, but from artefacts found in the caves somebody has estimated that they could be perhaps up to 70,000 years old – which I find hard to believe, 5000 years is another estimate I read, and more reasonable.

Unfortunately you need a permit to visit these paintings. Unfortunately it was a public holiday, so government office was closed. In any case, because it was a public holiday, the tour operators were also not working. Well, we managed to contact several, but none could even arrange a car: the car rental agencies were also not working. By 2 pm we gave up, accepted our loss, admitted failure, and moved on to Harar. 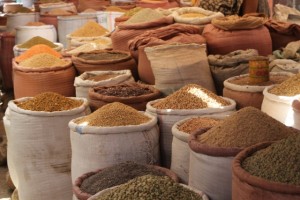 wide variety of grains in the market 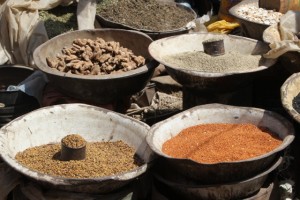 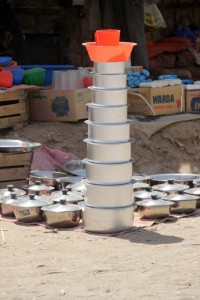 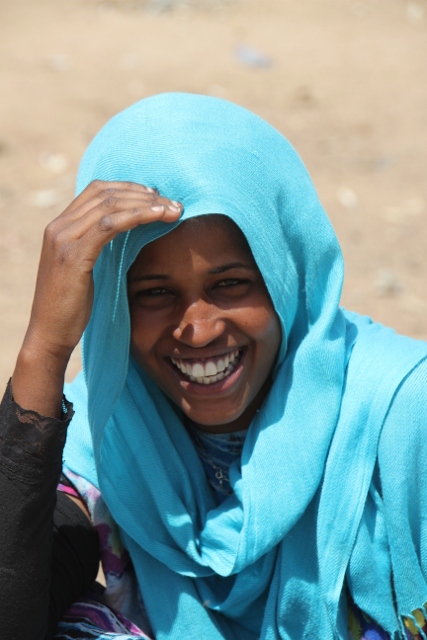 one of the market women

NB: For those rock-painting enthusiast with more time, the best-known cave is Porc Epic, up a mountain slope overlooking a wadi, some 3 km south of town. Here, unusually, the subject matter appears to include wild animals like elephants, lions, hyenas and antelopes, in addition to the more common human figures and domestic animals. Apparently, all painting here are monochromatic, red. Laga-Oda, 35 km southwest of Dire Dawa, must contain some 600 paintings, mostly humans and cattle, domestic scenes, and some wild animals. Goda-Ejawe is 28 km South-east of town, and also contains domestic scenes, executed in red, black and white – these paintings are probably quite a bit like Las Geel in neighbouring Somaliland. There are also reports about the Enkuftu cave, in a place called Addis Katema in Dire Dawa itself, with apparently deep tunnels that hide colourful rock paintings. Perhaps.

I haven’t explored these sites, but would be interested to hear from anybody who did.