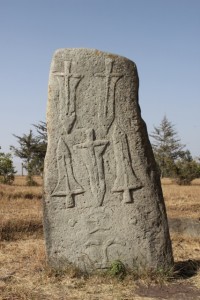 On the way to Arba Minch, halfway from Addis Ababa, one can visit the world-famous stelae field of Tiya – never heard of, but interesting enough.

Unlike everything in Northern Ethiopia, which fits in an elaborate scheme of myths making up 1000s of years of Amharic and Tigrayen history, anything south of Addis Abeba is more difficult to place in historic perspective. A lack of written records and a relatively late incorporation into the Abyssinian empire, at the end of the 19th Century, relegates this part of the country to second class in terms of touristic attractions as well as scholarly research (and a whole lot more), which is not necessarily justified. 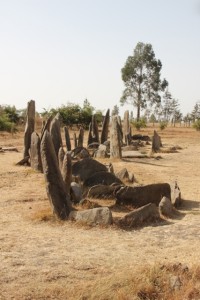 stelae, with burial area to the right 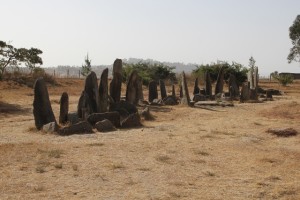 overview of stelae in Tiya

The stelae in Tiya, and several other locations in the South, are thought to be originating in the12-13th Century. They are flat, and decorated with symbols that  perhaps depict the profession of the deceased who are buried underneath and/or behind them. Excavations suggest that they represent mass graves of relatively young people, men and women, buried in the foetal position, and for the rest everything else remains speculation. What is obvious, though, is that they do represent something else than the more common phallic symbols with which graves have been decorated in other parts of Southern Ethiopia, and East Africa. 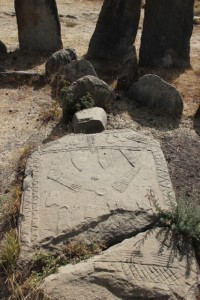 a woman buried, I think, from the kitchen spoon in her hand 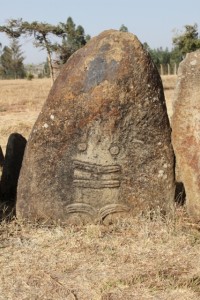 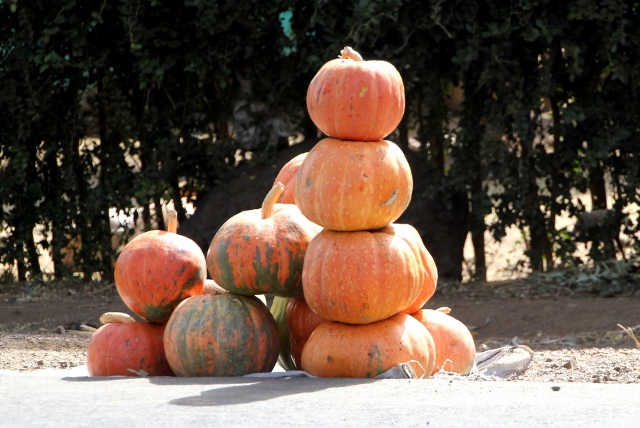 just past Tiya, along the road