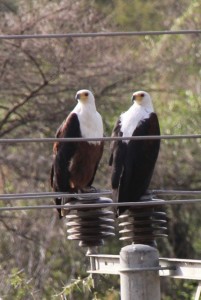 A town located in the Ethiopian Rift Valley, close to several lakes, including Lake Chamo filled with hippos and crocodiles. 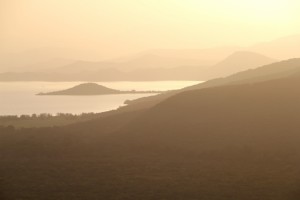 early morning view over the lake

The South of Ethiopia is, geographically and geologically, dominated by the Great African Rift Valley, a crack in the earth that doesn’t have its equal anywhere else in the world. From north to south, from the Middle East (the Dead Sea) all the way to Tanzania, Malawi and Mozambique, this is where – who knows – ultimately over millions of years a new ocean separating continents may develop. South of Addis Ababa is the one of the most expressive parts of the Rift Valley, in the form of a series of lakes, and a wide, flat valley, bordered on both sides by high mountains. And Arba Minch, or better even, several hotels in Arba Minch, overlook two of those lakes. 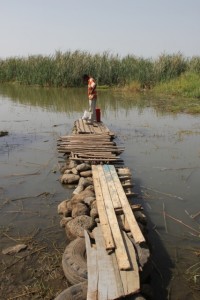 the jetty, starting point of every lake trip

Of course, any lake invites a little boat trip, no less if the lake supports something called the crocodile market, like Lake Chamo does. Obviously, you will first need to buy an entry permit to the National Park, and then rent a boat, somewhere else, and employ a mandatory guide. Our guide didn’t speak English, and didn’t know the names of any of the birds we asked him, not even in his own language, so that the boat driver could have translated. But the boat trip didn’t disappoint. No small islands with churches and monasteries, like Lake Tana earlier, but plentiful hippos, and a whole bunch of crocodiles, quite sizable ones, at a sand bank which is called – indeed – the crocodile market, despite nothing being traded there. In addition, the lake shore is home to many birds, fish eagles, pelicans, herons, and a range of smaller ones – a true delight for the newly converted bird watchers in us. 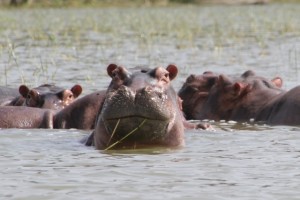 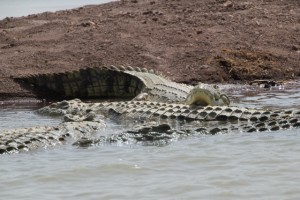 as well as crocodiles, at what is called “crocodile market” 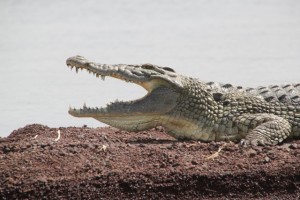 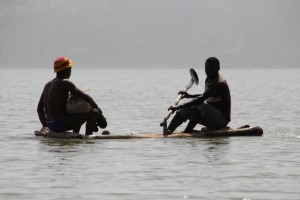 fishermen, with scant respect for the crocs 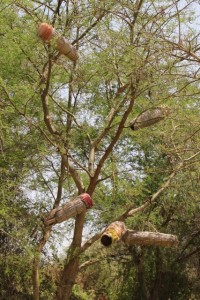 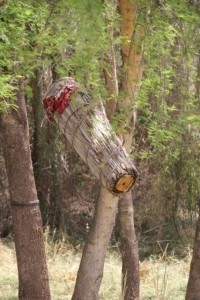 An hour outside Arba Minch are the villages of Chencha and Dorze, home of the Dorze people.