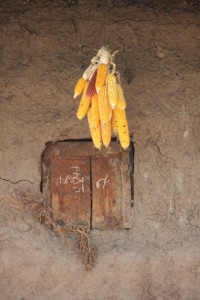 Well-protected hill-top villages made up of individual compounds have for centuries maintained a unique culture. 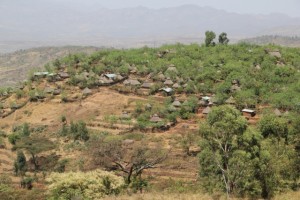 Karat is home to the Konso people. There are some 300,000 of them, apparently, mostly scattered across the country side, but around Karat they are concentrated in characteristic mountain villages, like Gesergiyo and Mecheke. Their strongholds ensured survival, but also isolation from developments around them, and they are still rooted in a strong cultural heritage. 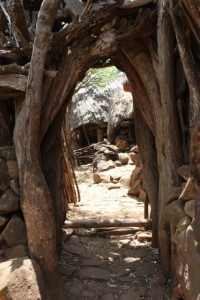 access to the compound in through a low tunnel (Mecheke village) 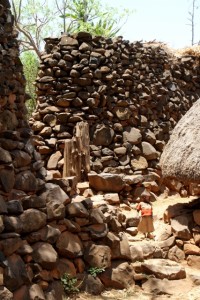 the villages are protected by huge walls; to keep enemies out or small children in? (Mecheke village) 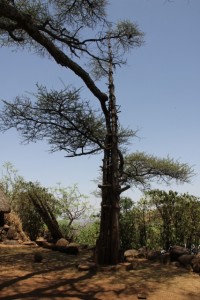 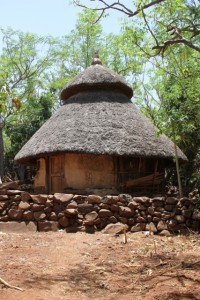 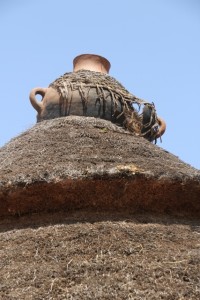 waterproofing of the roof, in Gesergiyo village 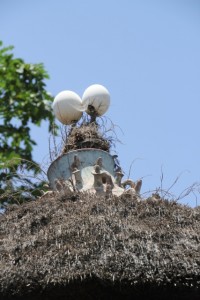 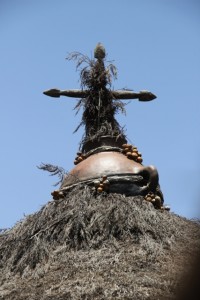 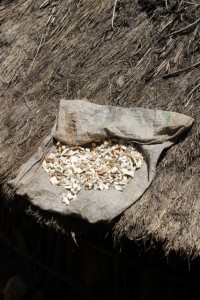 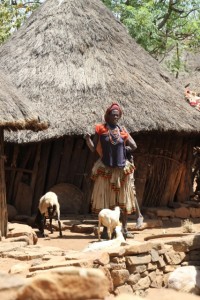 Konso woman in front of her house, in Gesergiyo village 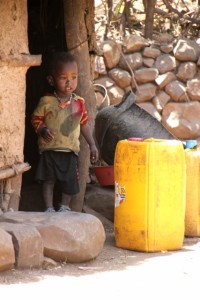 young boy contemplating the size of the water container 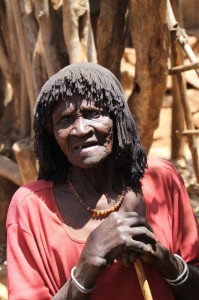 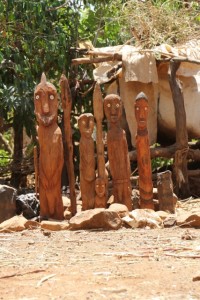 A village consists of several individual compounds, that can only be accessed through a low tunnel, on hands and knees – at least, that used to be the case, nowadays tourists can freely enter without too much inconvenience. The oldest compound is on the top, additional compounds, like layers of houses, have been built in circles around the top, each lower layer protected by its own stone wall. Movements in between compounds are by narrow, and often steep, paths in between walls.

Each compound contains what is called a generation pole, erected every 18 years, usually on a square next to a two-storey communal building. It is thus, theoretically, possible to determine the age of a village by counting the poles and multiplying them by 18. The squares also contain various victory stones, memorizing important events and battles against past invaders.

The houses themselves are tukuls, round huts with thatched roofs and a pot on the top, against leakage (the pot can also signal the religion or status of the family, eg with cross in the pot, or an ostrich egg on the pot to indicate the family of an important clan leader).

Of particular interest are the wooden sculptures that are being placed on important graves, depicting the hero or clan leader, his wife, and the enemies he killed during his life; unfortunately, most of those so-called wagas have already been stolen, to the effect that the Konso now keep their dead inside the compound, not anymore in the fields around the village.

Although the Konso are technically not part of the South Omo Valley tribes, visiting them is not much different; more on those tribes, as well as my view on this circus, can be accessed through the Ethnic Minorities entry. 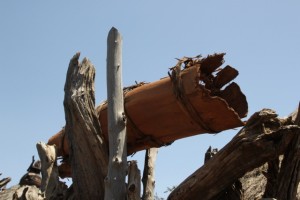 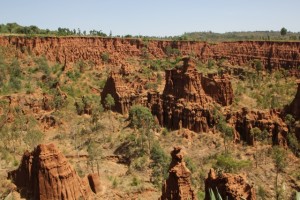