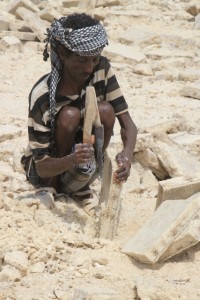 A small village entirely depending on salt winning from the lake, and transport of the salt slabs.

There are no roads from Dodom to Hamed Ela, the village near the salt works of Lake Asale, and also the base for a visit to the Dallol sulphur springs. With imagination, one recognizes the occasional track, but more often it seems to be just the gut feeling of our road runner, a local Afar who claims to know the way. Small trees are flattened in the process, occasionally a hamlet is covered in the cloud of dust we produce. We get stuck in the sand a few times, we get to a salty spring where hundreds of camels are drinking. And we hit something of a real road again. Miraculously, we have indeed found our next destination, Hamed Ela. Quite an achievement, given the size of Hamed Ela! 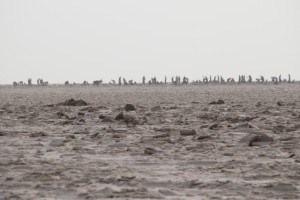 salt workers near the Lake Asale 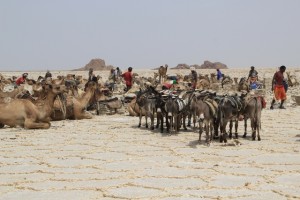 salt blocks being collected and packed onto camel and donkey backs 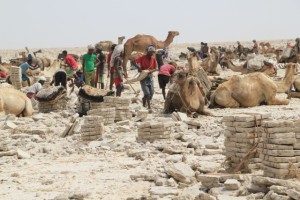 activity at the salt winning place 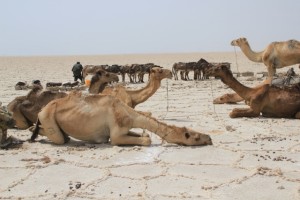 The people of the village earn their living from salt. The village and its 4000 inhabitants or so live at the edge of a huge salt lake, Lake Asale, which for most of its expanse is dry – it is hard to believe that this area is covered in water during the rainy season. Miners cut the surface, extract huge slabs of salt, and then cut and shave them to a standard size that can be transported on camels and donkeys to the market at Berhale, two days trekking away (traveling by night only, during the day it is simply too hot to move), and further on in Mekele. Each late afternoon, enormous camel caravans move from the lake, via Hamed Ela. And a few days later the caravans return, empty. But the miners stay, day in day out, spending the whole day under the burning hot sun, on a burning hot white salt plane. And it is not that salt is a rare and expensive commodity, here. 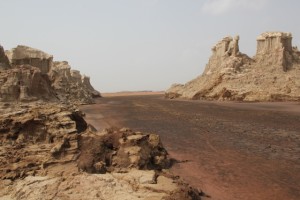 salt mountains on the sides of an ephemeral stream 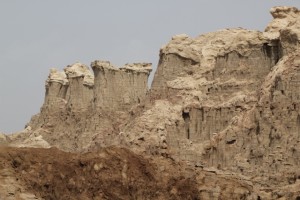 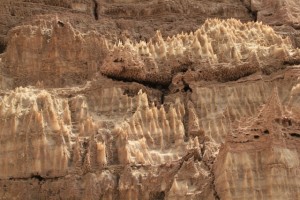 and this is how it looks in detail

A little further north salt occurs in yet another form, as enormous salt mountains in which over millions of years steep valleys have been cut by rain water. In detail, many of the salt surfaces have eroded further, and sharp spines have been formed along them. A phenomenal natural feature. 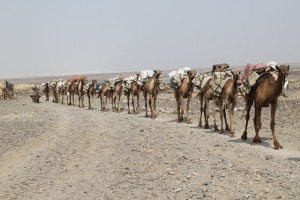 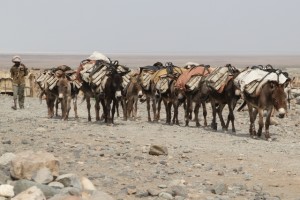 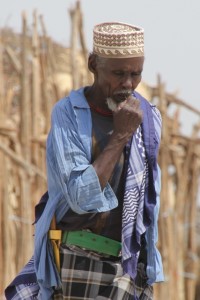 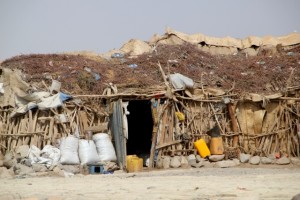