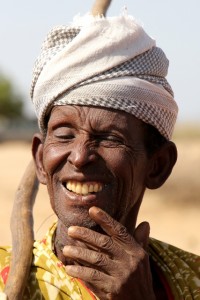 The traditional Arbore village, a stone’s throw away from a standard African village, further undermines the idea of authenticity. 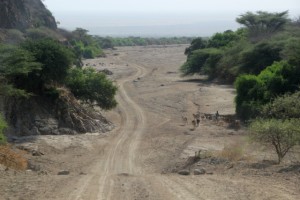 the road to the Lake Chew Bahir and the Arbore region

In the Weyto desert, a flat expanse of land that looks conspicuously like a rift valley floor, live the Arbore people, generating another disappointing visit to a village; the first word uttered when we arrived was “pen?”, and even before we could get out of the car we were surrounded by photo-beggars. We did have a local guide here, part of the mandatory package, who wandered with us in between the flimsy round huts, the tukuls. The other good thing he did was admitting that the boys that had painted their face did this for special ceremonies, a few times a year, but since there was no ceremony now, they mostly did it for the tourists, instead. 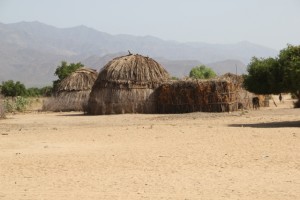 the village: note yet a different hut structure 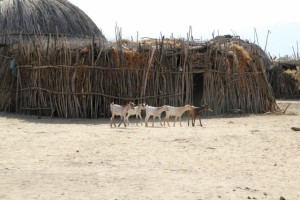 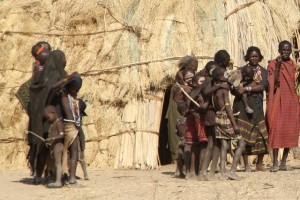 Arbore, including face-painted youngsters, awaiting the next photo shoot two Arbore girls, little in terms of cloths, but so much more in beads around the neck Strikingly, it turned out that there is in fact a much larger village 1500 meters down the road, which one would normally not see – but our driver had to come here to get our receipt from the entry payments. Here people live in normal houses, ie. square huts with corrugated iron roofs, and here people wear Western cloths; would they do shifts, Monday, Wednesday, Friday one half of the village goes and entertains the tourists in traditional garb, Tuesday, Thursday, Saturday it is the other half’s turn? Anyhow, further undermining the authenticity of the whole thing, that’s for sure. 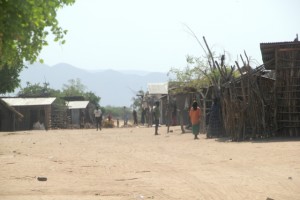 Perhaps the most astonishing thing from the valley floor here is the habit to employ human scare crows: in the sorghum fields small platforms have been raised, every 100-200 meters or so, where young men and boys sit with long branches, and a few pebbles, to chase the birds off the crops. Just imagine the opportunity costs, having all these able young men, well, throwing stones at birds the whole day. There must be a more efficient way! 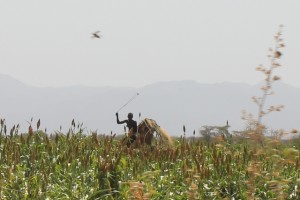 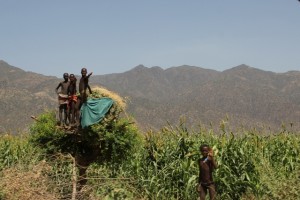 NB: Arbore also go by the name of Erbore.

2 Responses to The Arbore