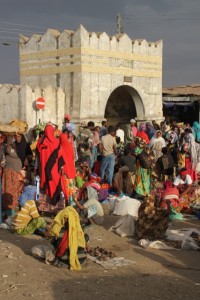 market built up just outside the Shoa Gate

The old, walled city of Harar is attractive by day, but scary at night.

The first Westerner to lay eyes on Harar was Richard Burton, he of Burton & Speke fame (from a later expedition to the heart of Africa to explore the source of the Nile). On early travels, in 1854, Burton reached Harar – which he compared to ‘ill-famed Timbuctoo’ as being equally ‘bigoted and barbarous’ (from hearsay, no doubt, as I don’t think he ever went to Timbuktu). He stayed for ten days, as guest, others say hostage, of the local sultan, before being allowed to leave again. 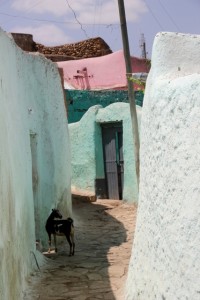 Paul Theroux also went to Harar, some 10 years ago. He describes the town in similar terms as Burton did, commenting on the narrow streets where two pedestrians can hardly pass each other, and on the open sewerage and the heaps of rubbish everywhere.

Theroux also witnessed the feeding of the hyenas, by what is called the ‘hyena man’, somebody who collects scraps of meat and bones during the day to feed to the hyenas at night, forcing the animals to take it from their hands, even from their mouth.  A rather disturbing way of feeding, I would say, but undoubtedly true.

I decided to have a look for myself one evening, and set out to the spot, outside town, where the feeding takes place. But unfortunately, too many able young men decided, at precisely the same moment, to go and have a look as well. The further away from the town centre I got, and the darker it became – feeding hyenas is an after-dark activity –, the more I had the feeling that I was surrounded by human hyenas. Not to tempt faith once more – I had been robbed in Ethiopia earlier – I turned around and went back to the hotel. You know, this type of experiences doesn’t do much for the general appreciation of Ethiopia. 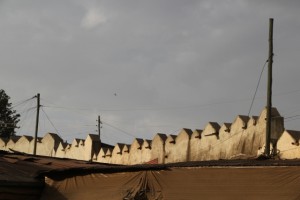 another section of the Harar wall 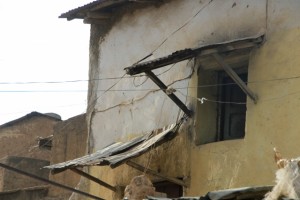 window in the old town 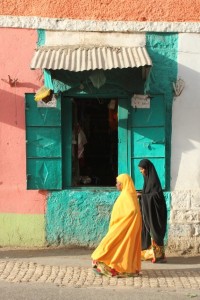 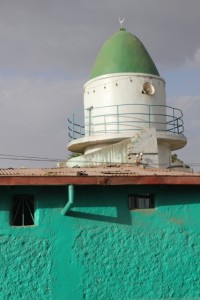 one of the 84 mosques 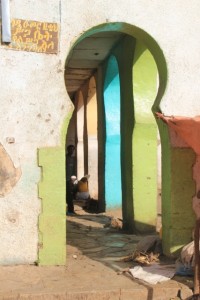 the Muslim market in the center of town 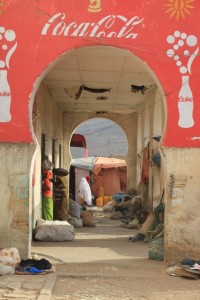 another part of the market building

But in daylight, Harar is a delight. A walled city with five gates – some more impressive than others, and some parts of the wall decidedly less impressive – inside is a labyrinth of narrow alleys and streets (as Theroux observed correctly), curving and climbing, up- and down-hill.  There are no less than 84 small mosques inside, in green and white, or blue and white. Many of the houses have been painted in similarly bright colours as we saw in Dire Dawa, pink, or orange. But even more colourful are the people, many of Somali ethnic origin, I think, with long dresses and wrapped in cloths. And did I mention markets before? There are no less than three, here, one at the eastern gate, apparently for the Oromo people, one Christian market just outside the walled city (and right below our hotel room), and one in the city centre, the Muslim market. The latter is the only one with a proper market building, in which the butchers have their shops; outside, the kites have congregated to pick up any scrap of meat that falls, or indeed any piece of meat that is not well covered when taken from the shop.

I didn’t see anything of the bigotry, anything barbarous, during daytime Harar. On the contrary, the Muslim dominance seems to make this a much more friendly place than many other obvious tourist sites in Ethiopia. But at night? I am not so sure. 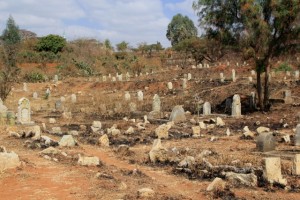 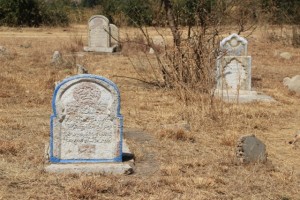 grave stone at the cemetery

Because there are so many nice photos to be taken in Harar, I have added an extra gallery. 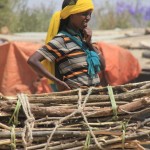 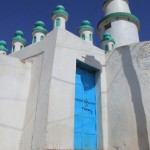 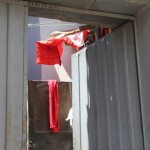 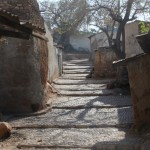 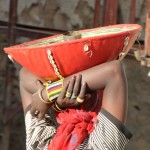 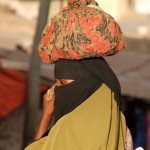 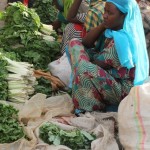 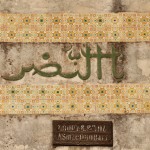 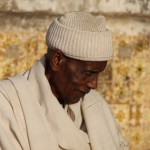 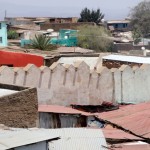 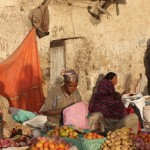 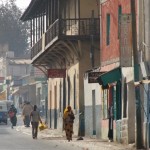 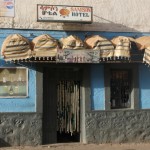