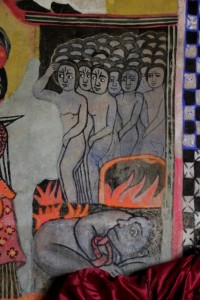 fresco inside one of the churches

On the islands and the shores of Lake Tana are several age-old monasteries, simple structures beautifully decorated with frescoes. Bahir Dar, located on the shores of Lake Tana, is an excellent base for exploring the various monasteries that have been established ages ago, from the 13th or 14th Century onwards, on several of the islands in the lake, and on its edges. They are relatively simple structures, round, made of clay, wood and cow dung as far as I could see – some also seem to use brick pillars as supports -, with a bamboo cover of the corridor that encircles the church, and large wooden doors. Presumably they are continuously maintained, so how original the churches we see today are, remains the question – certainly, the corrugated iron roofs are a later addition – yet, they breathe a very special atmosphere, approached along a stone path, protected by an enclosure wall with a few entrances only. At many of the jetties you land, you will be inundated with guides offering their services, but really, the five minute walk to most churches cannot be missed, lined as they are with souvenir stalls. 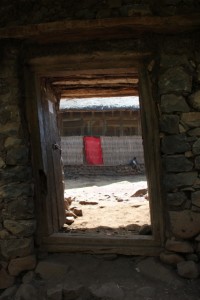 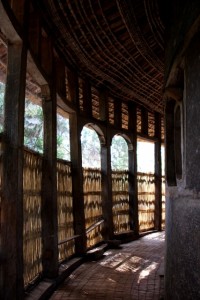 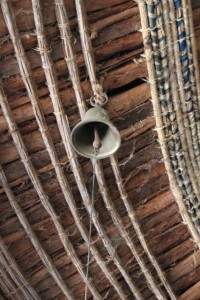 bell at the ceiling of the verandah, Ura Kidane Mihret church 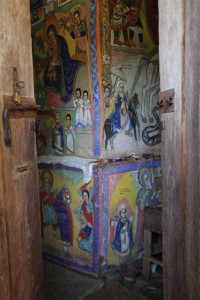 frescoes on the outside, and inside of the church, Azwa Mariam Monestry 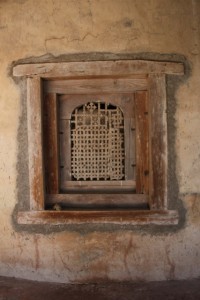 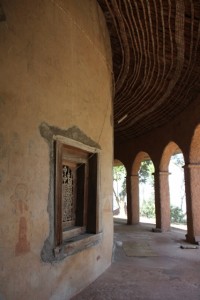 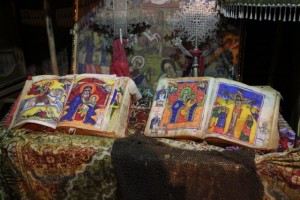 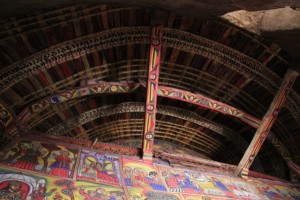 roof and frescoes in the Ura Kidane Mihret church

Some churches have a little decoration on the outside, but far more impressive is the decoration inside: clay walls in the centre of the church that had been painted from top to bottom, with scenes related to Orthodox Ethiopian church liturgy. Many of the scenes are recognizable for someone with a basic Western education, but others strike me as excessively brutal. Vivid expositions of the chopping off of heads, including red dots representing blood – black dots are tears – , hanging and drowning scenes, burning, spiking, it is all there. The best preserved paintings are in a church called Ura Kidane Mihret, as well as in nearby Awura Maryam. A third church, Kibran Gebriel, clearly still part of a working monastery, was closed, but the outside could still be admired, as well as the museum – these museums are a bit of a joke, generally a small shed at the back, organized as a kiosk, but they do contain several very old treasures, and old, beautifully decorated books. All safely behind the counter. Kibran Gebriel, incidentally, is, like several other churches and monasteries in Ethiopia, not accessible for women. Discussion, anyone? 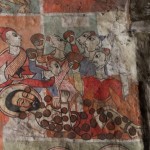 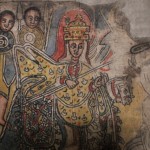 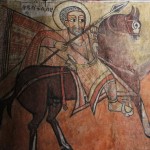 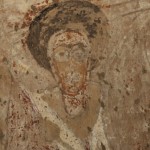 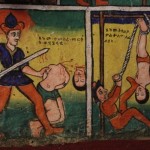 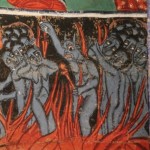 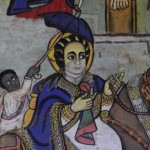 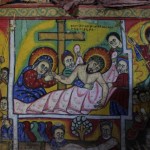 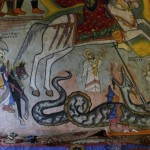 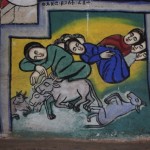 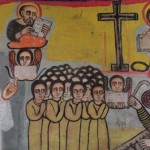