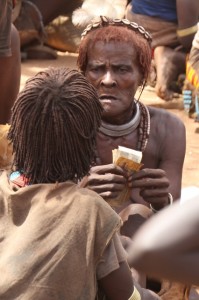 show me the money!

Market town with a large attendance of Hamar people, and the usual tourist traps.

Another town, another market. Dimeka’s is on Saturdays, and is marginally bigger than Key Afar. Most people in Dimeka are “normal”, according to our driver, with which he means that they go dressed in Western cloths. However, on market day there are a lot of out-of-towners around, mostly Hamar, and many indeed in traditional dress – although it seems that the women have been encouraged to put on a T-shirt. 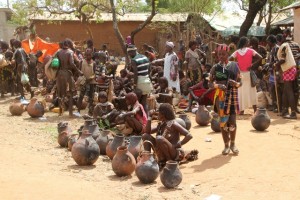 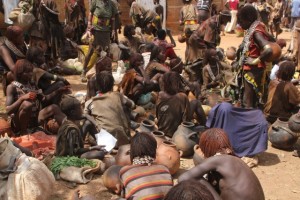 who sells what to whom here, I am not sure 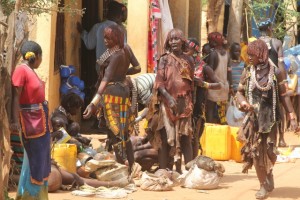 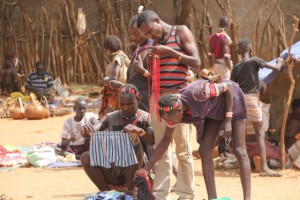 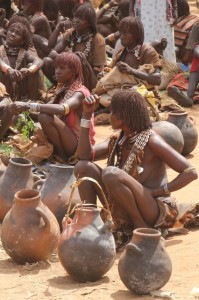 no idea what is in the pots 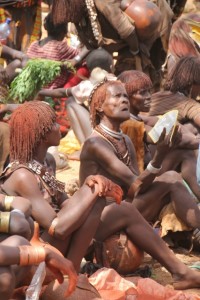 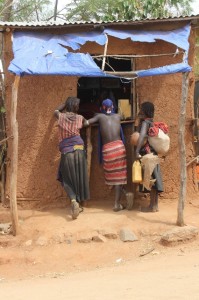 refreshments from the local bar 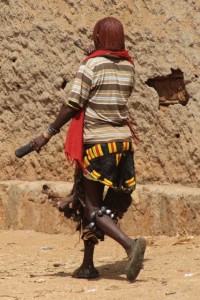 preparing for the bull jumping ceremony

There has been talk of the traditional bull jumping ceremony, a Hamar custom in which they first beat up their wives, and then have the young boys walk over the backs of up to eight bulls, to prove their manhood. As a tourist, apparently you may be lucky, or not; after all, this is a serious cultural thing, important in Hamar society, not to be taken lightly. It must have been just coincidence then that, a few days ago when we arrived in Turmi, they just had had the ceremony; it must also have been coincidence that the hotel was fully booked, that day. But how lucky we were that in Dimeka they were, just today, going to have another such ceremony! And what a coincidence that, just today, there were once again so many tourist around! Who were all going to be paying a fat entrance fee!

Nothing authentic, here. In the original ceremony the bull jumping is the final activity of a three day feast, carefully prepared once a year, so it is rather incredible that one doesn’t know yet whether there will be one in a few hour time. If they could just admit that the whole thing is a show.