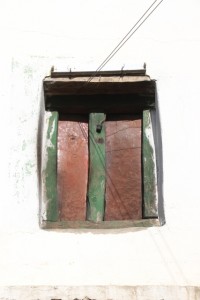 An extraordinary collection of little visited rock-hewn churches are definitely worth the relative difficulty of getting there.

The Tigray rock-hewn churches are another remarkable feat of Ethiopian architecture. The Tigray region, also home to an ethnic group – the Tigray are currently the powerbrokers in Ethiopia -, borders Eritrea in the north of the country, and stretches roughly from Adrigat, 20 km from the border, south to Mekele. 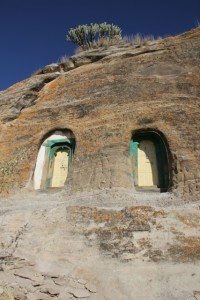 entrance to Mikel Melehayzenghi church, fully inside the mountain

There are some 120 rock churches documented here, but there may well be many more. The first of these became known to Westerners, or indeed anybody outside Ethiopia, only in the 1960’s, so hermetically closed had Ethiopia been. Fifty years later, some of these are well established on the tourist circuit – but many remain elusive, far away in the mountains, difficult to locate and even more difficult to reach, built as they have been high up in the steep sandstone cliffs. We had carefully selected just a few of the more accessible ones, starting with what is known as the Teka Tesfai cluster, three churches relatively close together. Anticipating a 2-3 hour walk to cover them all, including some steep climbs to the individual churches, we were somewhat disappointed to find that we could come pretty close to each of them by car, leaving only the steep climbs. 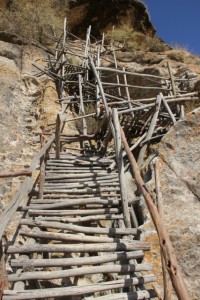 rickety stairs to the Paulos and Petros church 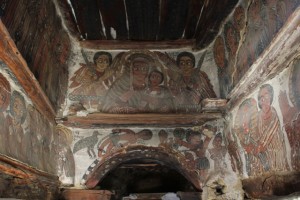 I was a little concerned that these churches would, after a while, be very similar to the previous ones. Not so, each and every one of them is unique, a most are worth the effort getting there. Access to the first one, the Petros and Paulos church, has been improved significantly with the construction of a rickety wooden staircase, so that we don’t have to clamber over the steep rock-face anymore. Only part of this church is hewn into the rocks, but the setting is impressive enough, and provides super-views; besides, this is one of the few churches that has been decorated with beautiful frescoes. 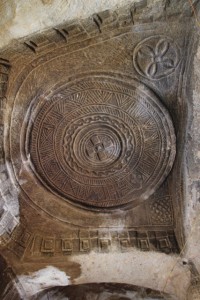 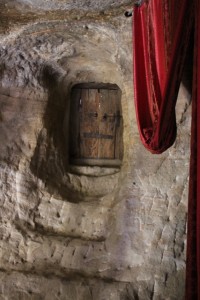 behind closed doors, there are further chambers with secret church treasures 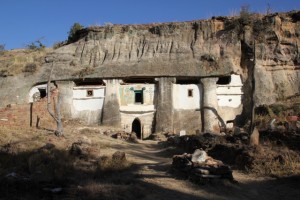 outside the Medhane Alem church

The other two churches are equally impressive, more built inside the rocks. The church of Mikel Melehayzenghi sports a high, domed ceiling, and the church of Medhane Alem has one of the prettiest exteriors I have seen amongst the churches, with four carved pillars and a decorated front entrance. As so often in Ethiopia, timing is difficult, as is distinguishing between legend and factual history, but perhaps 10th or 11th Century seems currently the best academic guess.

As enchanting as the churches is the country side. All over the land concentrated farm complexes have been built, groups of buildings – a house, a barn, a pen for the animals at night, hay stacks, and all protected by an often circular wall. Very attractive, very picturesque. Cattle is often found in the vicinity, cows with impressive long horns. Each complex is surrounded by cactuses, roads and paths are also lined with them, and with aloes. In this time of the year they are blooming, bright red or orange; the cactuses also have small yellow flowers on the tops of the large green leaves. At least a little colour in this forbidding, but beautiful dry landscape. 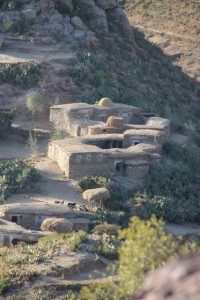 farm complex, from above 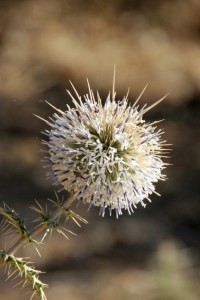 flowers along the road

There are more churches described east and west of Wukro, in a separate entry