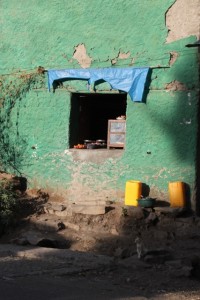 Perhaps one of the most historic towns of Ethiopia, Gondar has extensive palace complexes as well as beautiful churches, and more. 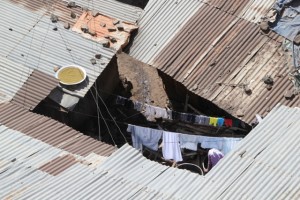 Gondar neighbourhood from above

Gondar breathes history. Ethiopian rulers have moved capitals frequently. In the early 17th Century the Abyssinian empire suffered after long and exhaustive clashes with the Somali Muslim leader Ahmed Gragn, followed by an unsuccessful attempt to switch from Ethiopian Orthodox church to Catholicism, edged on by Portuguese court advisers. 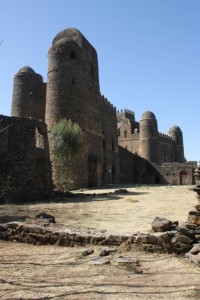 one of the palaces in the Royal Enclosure 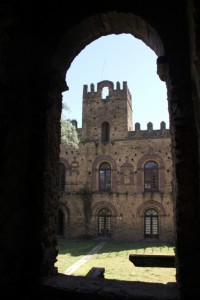 another palace, also in the Royal Enclosure 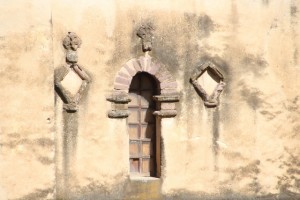 palace window in the Royal Enclosure 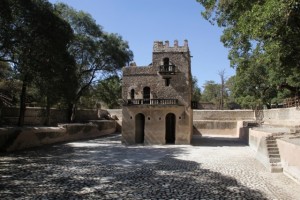 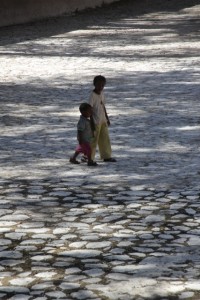 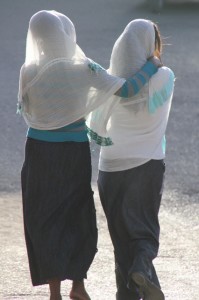 Emperor Fasilidas resurrected the empire, established Gondar as the new capital in 1635, and straight away started building what is now its major tourist site, the Royal Enclosure. Successive emperors have added to this, resulting in a fabulous, walled complex with six palaces and castles, walkways, baths, even lion cages. And a little further outside town is Fasilidas’ weekend house, surrounded by a huge, albeit now empty, pool. Both very nice, and especially the Royal Enclosure is a wonderfully peaceful place to roam around for a couple of hours, and – when we were there – with hardly any other tourists to compete with.

Another not to be missed landmark in town is the Debre Birham church, the only historic church in Gondar to have been spared the sacking of the Madhist army, a Muslim revolutionary band that sacked much of Sudan, and part of Ethiopia, in the late 19th Century. History, or legend rather, has it that the church was saved by a swarm of bees, which drove off the vandals. For whichever reason, the church still stands, and that is a good thing. Other than the round churches we saw around Lake Tana, this is a solid stone building, apparently built to hold the Ark of the Covenant – another history, or legend, that is difficult to assess on its merits *. 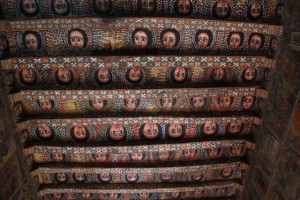 ceiling of the Debre Birham church

Similar to the Lake Tana churches, the inside of Debre Birham is beautifully decorated, murals from top to bottom, and a ceiling depicting no less than 80 cherubic faces. The carpets in the church have established a life of their own: one is obliged to take off one’s shoes before entering, allowing the fleas in the carpet a true feast on your feet and ankles. in the garden of the church

Equally impressive is the bird life outside the church, in once again an enclave of peacefulness. At the back of the church birds of prey congregate, and several types of vultures, whilst on the side the most delightful little, colourful birds hop and fly around, attracted by the shaded trees and small water bowls. I am no ornithologist, but we did appreciate the birds (more so than the fleas).

Apart from all the history, Gondar also sports the so-called Dashen Beer Garden at the brewery of the same name, one of the better beers made locally, and the Goha Hotel, the most upmarket hotel in town, providing a brilliant view over town. 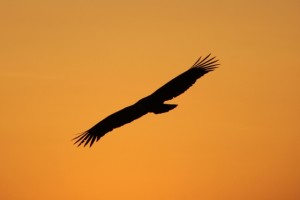 * The story is that Menelik, the offspring of King Solomon and the Queen of Sheba – or more correctly, Queen Makeda, who ruled Sabea, a kingdom encompassing Ethiopia and Yemen, and who herself was again the last descendent of Ethiopic, the great-grandson of Noah (which makes her a descendant of Noah, right? But that is never mentioned) -, returned to Jerusalem as a young man, and took back the Ark of the Covenant, the most important of all Jewish artefacts; nobody objected, thanks to a series of dreams.