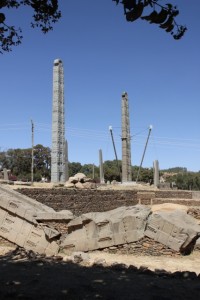 stelea in Aksum, the one that came crashing to the ground in front

One of Ethiopia’s historical centers, the sights are somewhat disappointing, but the markets of this relaxed town are a delight.

There is actually not much to do in Aksum. The sites are – how shall I put it? – impressive, if you think about it in historical context, but not very impressive to look at. They stem from the Aksumite empire, a highly civilized society which lasted from probably well before Christ to the 7th or 8th Century AD, and adopted Christianity in the process. The traces of this empire are to be found around Aksum, and consist of field full of stelae, a few royal tombs and the remains of a palace. The stelae are impressive, once you realize that they may be some 1700 years old (one of the stelae is attributed to a 4th Century king Ezana). The biggest ones are finely carved, with a false door and several false windows, and tombs have been found underneath them. Unfortunately, the largest, which must have measured some 33 meters, has come crashing down, probably quite soon after having been erected, but another one, 23 meters high, still stands after all these years. How they have been put upright is anybody’s guess. 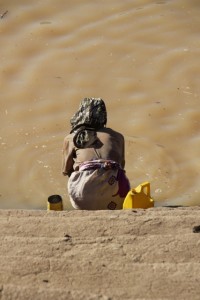 woman washing in the pool of the Queen of Sheba 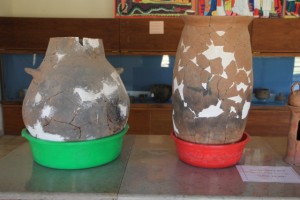 Many of the lesser stelae may have tombs below them, as well, but so far an estimated 95% has not yet been discovered (beats me how you can estimate that, but never mind, the message is that they have just started). What is likely is that any tomb treasures will have been removed long ago by grave robbers, what, with such obvious landmarks indicating their locations. Nevertheless, a small museum displays some of the artefacts, pots, coins etc. that have been found in the area, and they have done a good job at it. Unfortunately, the one piece that should be added, a trilingual granite slab  (in Ge’ez – a language like Latin, the ecclesiastical language of the Ethiopian Orthodox Church -, in Sabean and in Greek; something like a Rosetta stone, thus) which was discovered 30 years ago just outside town, hasn’t been moved since, because the inscription also says that he who moves it will die, or something like that. The slab is located inside a nondescript little hut, and we almost walked past it without noticing – so much for advocating your most important treasures.

Other archaeological remains are Queen of Sheba’s palace, most likely post-dating Her Majesty by some 1300 years – which means a 7th Century palace, still quite impressive given that much of the structure and the lower walls remain intact; but visually not very attractive – and the Queen of Sheba’s pool, another rather dull site, and equally unlikely to have been used by Her Majesty. 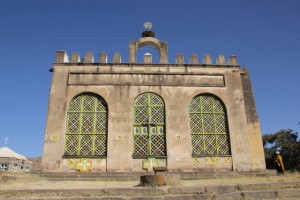 the old church in Aksum 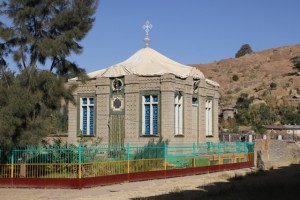 the chapel containing the Ark of the Covenant 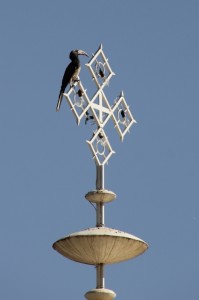 only hornbills can get close

The final, and perhaps most important, claim to fame of Aksum is the Ark of the Covenant. This holiest of holy Jewish artefacts, brought from Jerusalem to Ethiopia by the son of the Queen of Sheba and King Solomon, is reputedly stored in a little chapel within the compound of the Cathedral of Tsion Maryam – Saint Mary of Zion. The problem is that nobody appears to have ever seen this Ark, nobody is allowed near it even – when I approached the fence around the chapel within 10 meters, or so, to take a better picture, the accompanying guard started screaming already. If I combine this paranoia with the fact that the oldest church in the compound is actually 17th Century, and that earlier churches have been sacked and burned by enemies of the empire on at least two occasions – which is one of the reasons that there are no early churches at all, in Aksum -, I can only conclude that it is highly unlikely that there is anything like such artefact on site, if it has ever been there in the first place. But why undermine religious dogma’s, no?

At least I was allowed to visit the 17th Century church – women are not permitted inside such a venerated building -, and I must say that the church was impressive; certainly a lot more tasteful than the monstrous new cathedral that has been built in the 1960s and which is accessible for women, too. Lucky women! 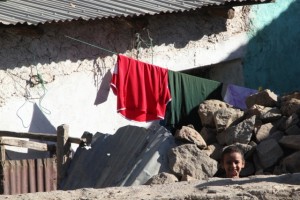 basement dweller and his laundry 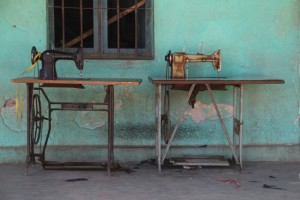 Saturday is market day in Aksum. In the outskirts is the cattle market, within a walled compound. Actually, sitting on the wall is the thing to do, seeing people from far driving their animals to the market, and at the same time observing the process inside. No camels were traded today, but there were plenty of them in the general market, closer towards the town centre, competing with the donkeys for a place in the parking lot. The general market is a complete chaos, with everybody right on top of each other. It didn’t seem that there were many different things for sale, but with hundreds of individuals selling one chicken each, you can imagine how crowded it can get. Round the big tree, the true center of town, was a third market, the basket market: colourful, but it didn’t seem that trade was brisk. Perhaps because all the baskets looked rather similar. 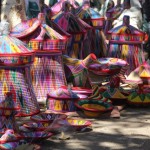 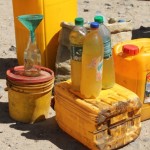 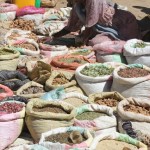 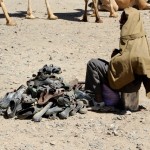 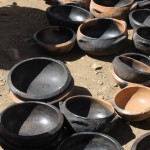 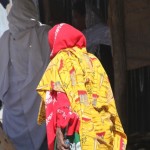 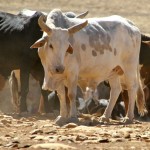 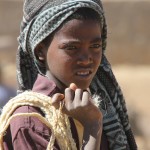 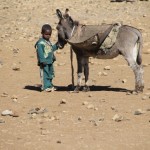 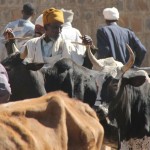 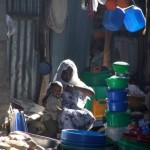 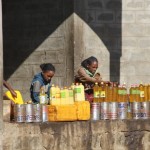 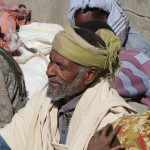 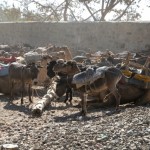 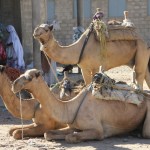