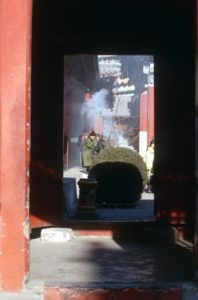 inside the Lama Temple in Beijing

Some of my favourite Buddhist temples in Beijing were the Lama Temple and the Five Pagoda Temple, great retreats from the always-busy city.

At the end of the 1990s there were lots of active Buddhist temples in Beijing, somehow the Communist Party never managed to stamp out religion entirely. Lots of Chinese people would visit a temple, big or small, and pray, lit a candle – well, incense sticks, really – or just sit and appreciate the peaceful atmosphere.

My favourite was what was called the Lama Temple, officially the Yonghe Temple. This was originally built as a court residence at the end of the 17th century, was later turned into a lamasery, a Buddhist monastery, and now serves as a temple – and tourist attraction. 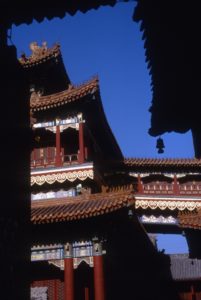 one of the buildings making up the Lama Temple 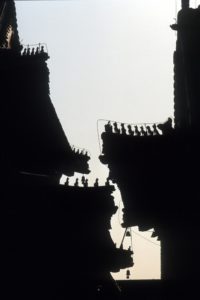 The another remarkable temple that I have pictures of, was the Zhenjue Temple, or Five Pagoda Temple, remarkable for its unusual structure with pagodas topping a large square building, decorated with thousands of Buddha sculptures in niches.

other Beijing entries: the imperial palace in the Forbidden City, the Summer Palace, the Temple of Heaven, and the Great Wall the Five Pagoda Temple in Beijing 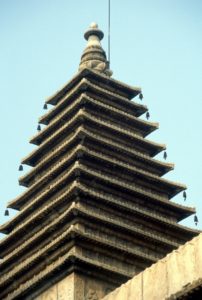 one of the pagodas in close-up 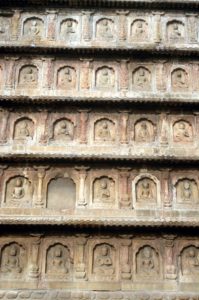 the Buddha decorations on the outside of the temple 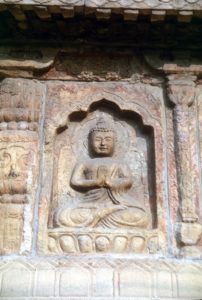 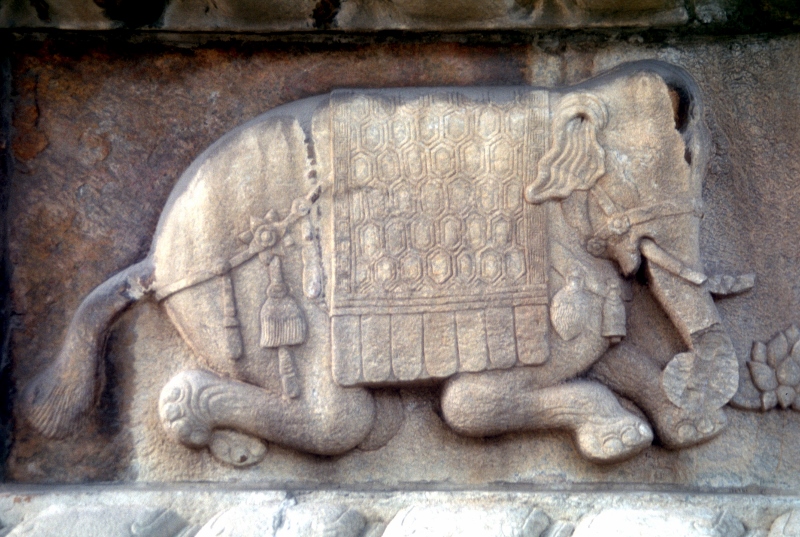 and an elephant – Indian influence, clearly