The Great Wall near Beijing 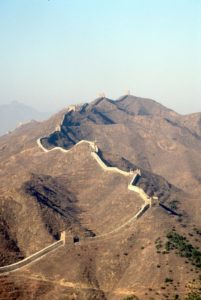 the Great Wall of China, in the vicinity of Beijing

The Great Wall remains one of the prime sights in China, and near Beijing access is easy.

No travel website that mentions China can get away without mentioning the Great Wall. I have been in quite a few cities that claim to have the second longest wall in the world, but there is never a doubt which one is the longest, some 6000 km along China’s north. Begun in the 5th C BC, at great expense in terms of both human life as well as financial resources that could have fed quite a few at the time, the wall was meant to defend the empire against the barbarians, a collective for the non-Han peoples to the north. Over the years, the next 2500 years, or so, the wall served its purpose, more or less – it failed to keep out Ghengis Khan, though, and became equally obsolete when China’s borders extended further and further north, far beyond the wall. The last dynasty, the Qing, let the wall crumble without further maintenance; in fact they originally came from Manchuria, north of the wall, which didn’t stop them. And in any case it was of little use in the 19th and 20th C, against maritime powers like the Japanese and the Europeans. But things have changed: as a tourist attraction, the wall is unbeatable. 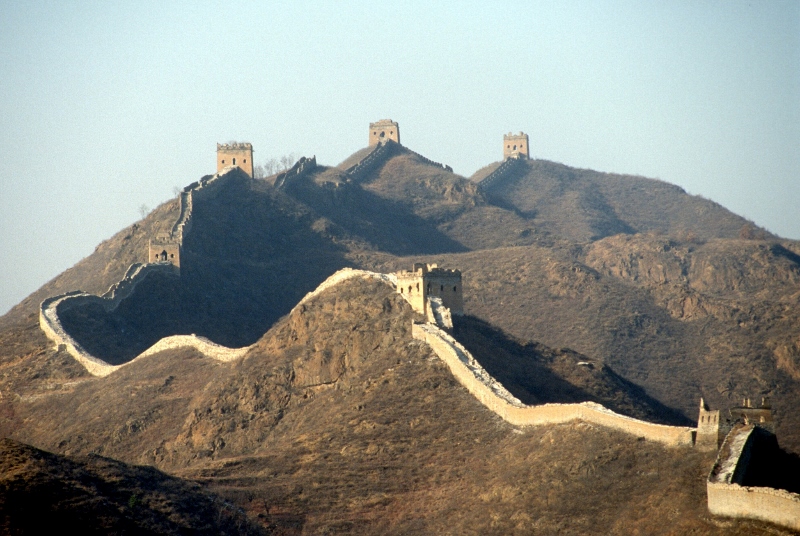 a great view of the Great Wall at Mutainyu the wall, and watch towers, near Badaling 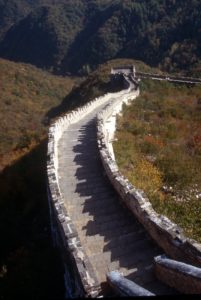 looking down the wall at Mutianyu, a steep descent 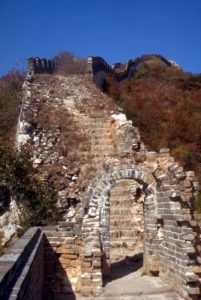 a rougher section in Mutianyu 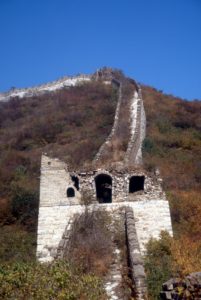 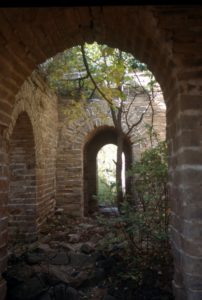 inside a watch tower, Mutianyu 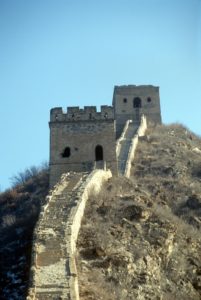 well-preserved watch towers on the wall at Mutainyu

I have described visits to the Great Wall in other parts of China elsewhere on the site (the Great Mud Ramp, Jiayuguan, and on the way to Zanye), but the easiest access is indeed from Beijing. In the 1990s (and I presume that won’t have changed much) the most popular area was Badaling, restored in 1957 and now fully prepared for mass tourism, complete with hand rails and rubbish bins, and a very insisting crowd of souvenir sellers. More authentic, although equally restored, was the Mutianyu section of the wall – although I understand that nowadays a toboggan brings you down again. By far the most exciting part was at Simatai, which was mostly the wall in its original state. A walk here, from watch tower to watch tower, was a sequence of steep climbs and descents, often across crumbling pieces of wall. All these sections were ultimately dead ends, of course, the wall would peter out after several kilometres, or – in the case of Simatai – become completely inaccessible, and dangerous. So the idea of one long, single wall defending China does need to be adjusted. Which in no way diminishes the excitement of walking over the longest wall in the world, by far.

other Beijing entries: the imperial palace at the Forbidden City, the Summer Palace, Temple of Heaven and other Buddhist Temples, 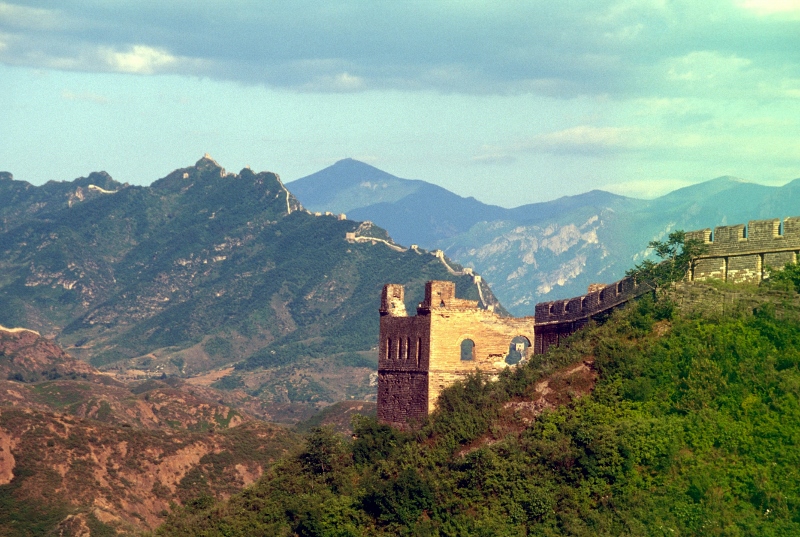 the wall at Simatai 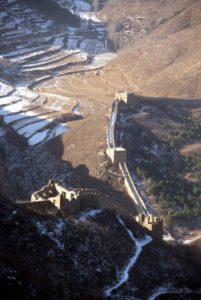 steep section of the Mutainyu wall, in the snow 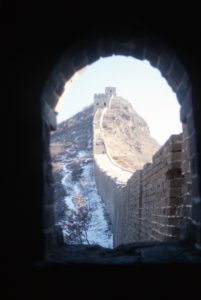 another view of wintery Mutainyu 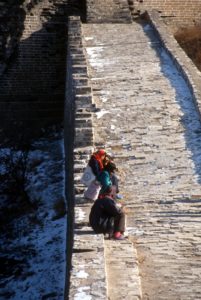 at Mutainyu, too, there are plenty of vendors, even in winter 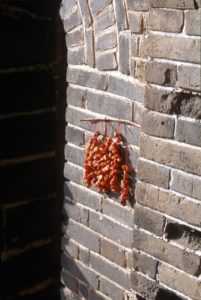 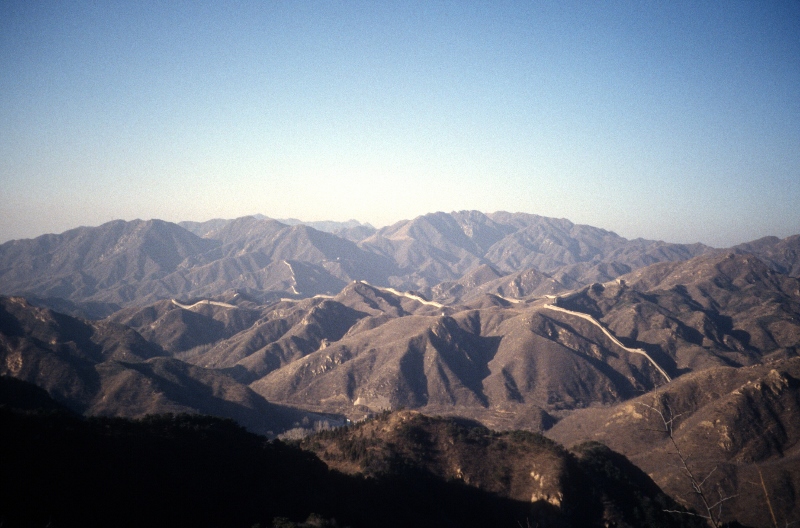 the wall, winding its way through the landscape, across mountains