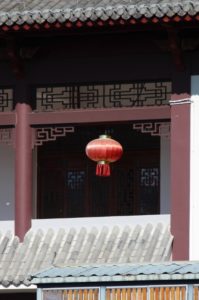 red lantern in a window in Tengchong

Tengchong’s centre is completely being rebuilt; yet, there is are still a few traces of old China around.

Tengchong is two hour’s away from Baoshan, along a spectacular new motorway through the mountains. Another one of those one-in-a-hundred Chinese cities, perhaps? Maybe, but Tengchong looks to be developed even more aggressively than your average Chinese city, maybe on account of its tourist potential– more about that later. The entire centre of town is in ruins, everything older than, say, 20 years is being pulled down to make place for a giant development, with apartments, malls, fancy shopping areas and a park. Or at least, that is what the ‘artist impressions’, that have been posted on the fences that surround the building site, seem to promise. No lack of ambition here! And no lack of dust, no lack of construction-related noise! And hardly any trace left of those original wooden houses that were promised by that 20 year old guidebook. 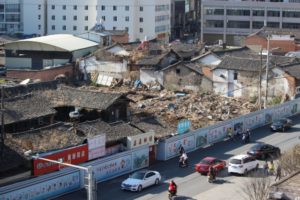 destruction of the centre in full swing 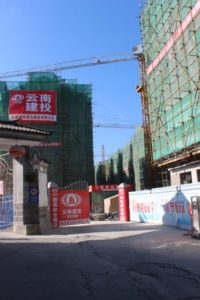 reconstruction of the centre, too 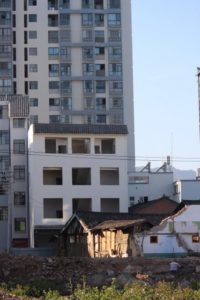 a rare wooden house left, but not for long 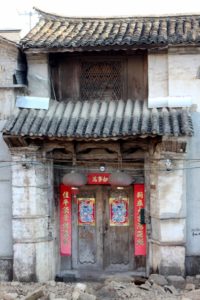 this, too, will soon disappear 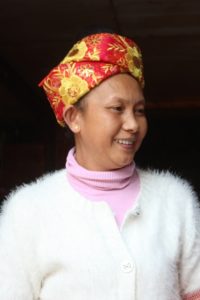 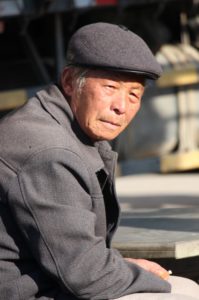 and an older man, contemplating progress, no doubt 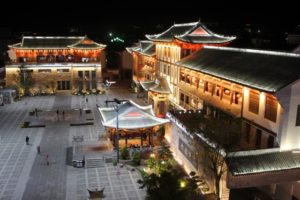 a newly constructed complex, from our hotel window

Yet, Tengchong is less upmarket than Baoshan. There is a pedestrian area with designer shops and a cool, young crowd that marches up and down, continuously talking into their smartphones. But in the streets behind the avenues is plenty of room for small hole-in-the-wall restaurants, serving noodles and other simple meals. This is where older people play cards, or majong, in the street – quite like it used to be 20 years ago, actually. Which leads to another observation: the young have quickly evolved in China, adopted technology, fashion, the scooter. The older people have stayed behind, still dress as we saw them so long ago, still hold on to what they know. Wrinkled, weathered faces, a Mao cap on their head. The contrast between the generations as you see them in the street couldn’t be bigger, much bigger than I have seen anywhere else. 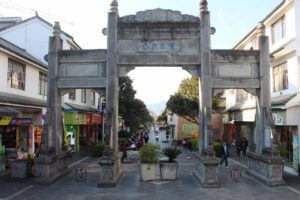 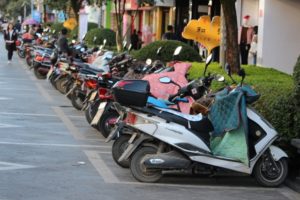 and the fancy motorbikes; note the coats, against the cold 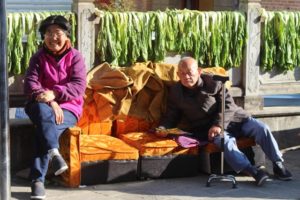 an older couple, on a sofa put on the pavement 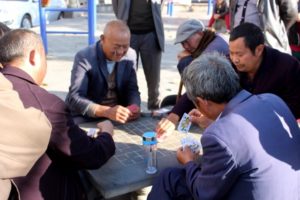 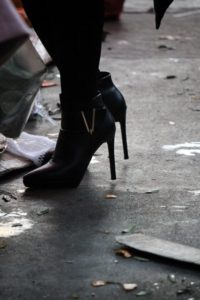 a lady in the market 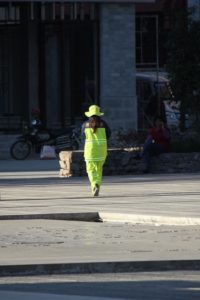 a lady cleaner on the street 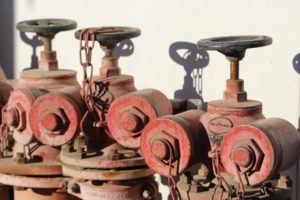 these they may not need anymore, with all the wooden houses soon gone

Old wooden houses can be pulled down fast to force progress. But it will still take a few years before old people will have disappeared from view, even the Chinese Communist Party cannot accelerate that. But inevitably, even that element of authenticity will eventually go. And then China will be just like any other developed country: good for them, of course. But some things will be lost forever.

Anyhow, enough murmurings, back to the order of the day, and the tourist spots of Tengchong. We sampled two of them, the nearby ‘authentic’ village of Heshun and the Volcano Park, a little further out of town. 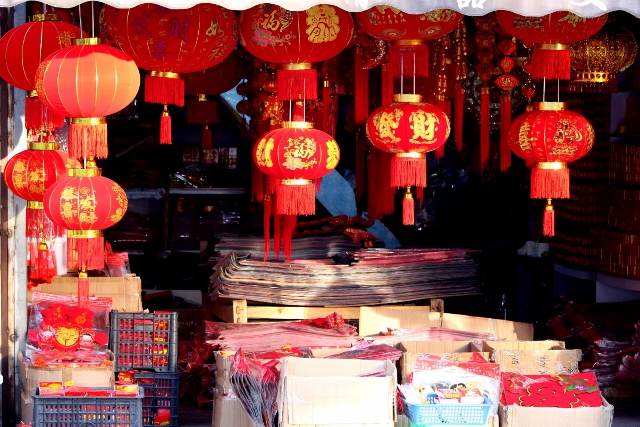 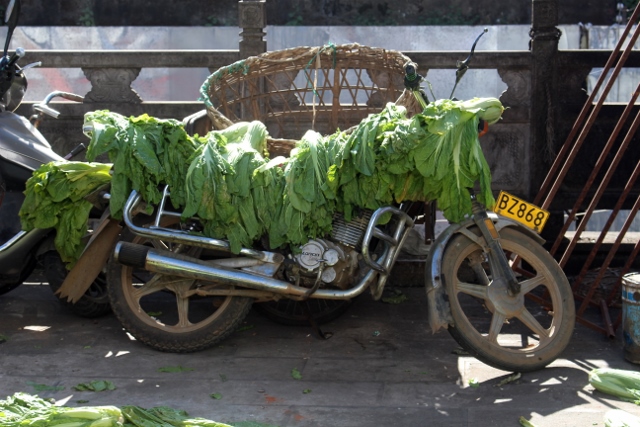 cabbages drying on a motorbike 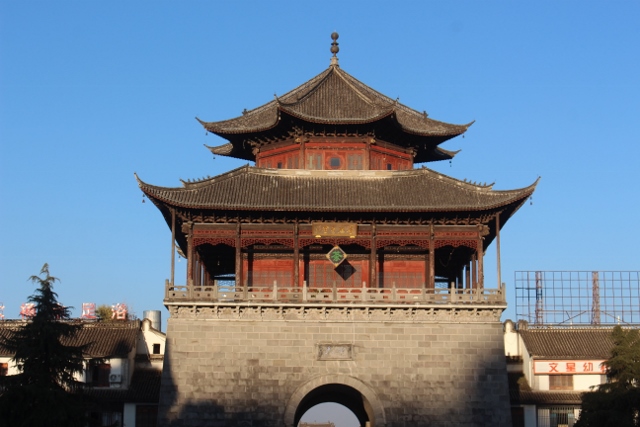 and some sort of bell tower I came across, wandering the city