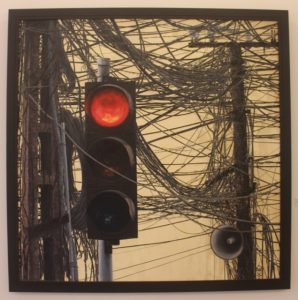 There are no great works of art in Hanoi’s Fine Art Museum, but that doesn’t diminish the pleasure of a visit – if there is anybody to sell you a ticket, which may not be all the time; but then, the rest of the staff are very understanding, and let you in anyway, on the promise that you will buy your ticket afterwards.

There are different section, of course. The older work, 16th/17th Century sculptures, aren’t very interesting, as they aren’t in most other places where Vietnamese display older sculptures. The works are rather crude, not very detailed, large forms without much detailed decoration, and no expressions in the faces. On the other hand, there is a minorities section with some fabulous embroidered clothes, hard to imagine that people have actually worn this. Beautiful. 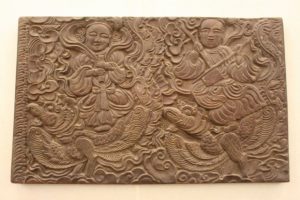 14th C woodcut from a pagoda 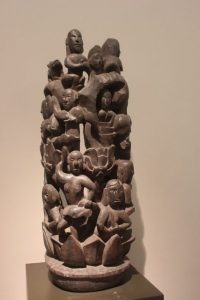 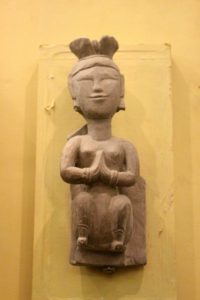 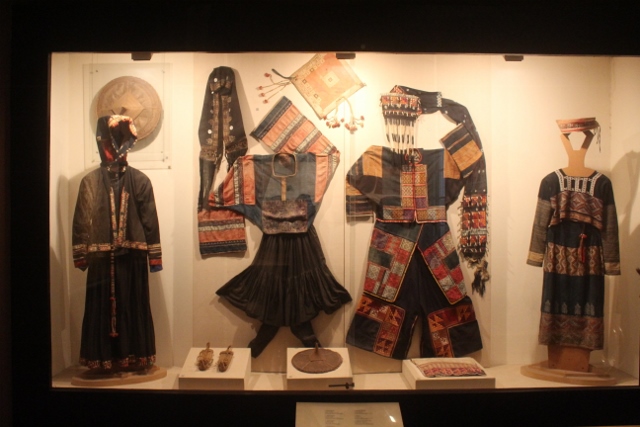 also worthwhile is the collection of minority dresses 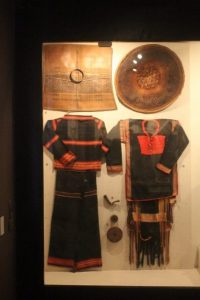 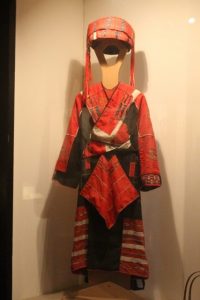 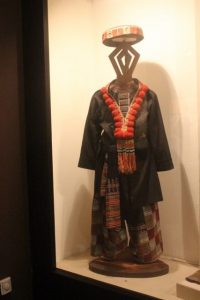 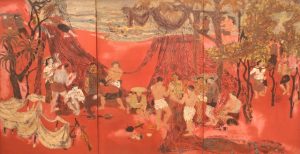 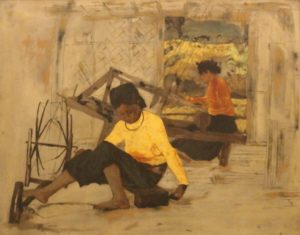 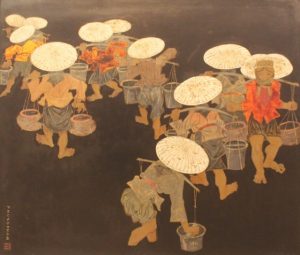 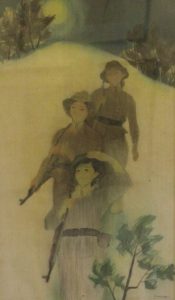 almost 20 years later, nothing has changed, in this 1976 silk, “Monn over the Dunes” (by Nguyen Van Chung) 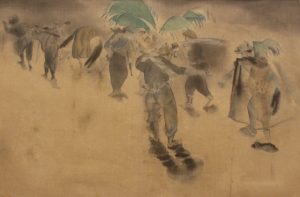 an another silk, from 1958, again soldiers, “Marching in the Rain” (by Phan Thong) 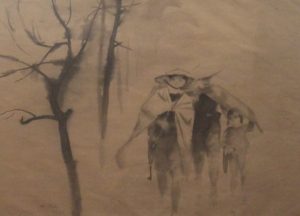 The contemporary fine arts section contains several purely Eastern art forms like silk and lacquer works, which are pretty unique and have their own specific style. Interesting, no matter whether you like it or not. For the rest the fine arts contain lots of gouaches, prints, and paintings, some of better quality and some worse. 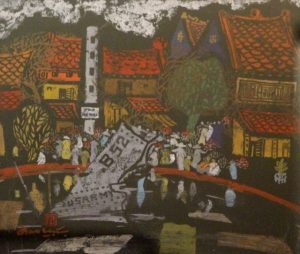 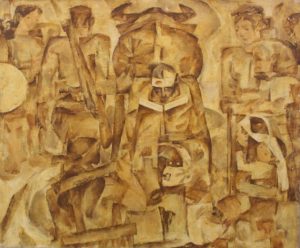 and long after the Americans had gone, “American Attackers” (1980, oil on canvas, by Dang Thi Khue) 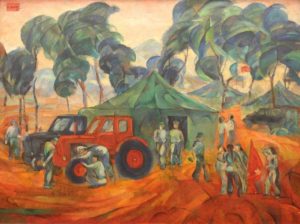 or this one, more military in “Green on the Red Basaltic Soil” (also 1980, oil on canvas, by Tran Khanh Chuong)

What is striking, however, is the similarity in subject matter, dominated by war and weapons. In almost every painting soldiers turn up, marching across a bridge, or celebrating, or just being in the background. Perhaps this has something to do with the issuing of the Reform Policy issued by the Party and the State of Vietnam in 1966? According to the English explanation in the museum, this “created the momentum and democracy in art creation”, by which “Vietnamese modern arts have been strongly transformed”. Right! The museum is also proud to display the works that “richly humanistic content and philosophical depth, hidden in which are the thoughts, feelings or moods, internal emotions of the artists themselves regarding the issues of contemporary society”. No doubt in line with that Reform Policy. 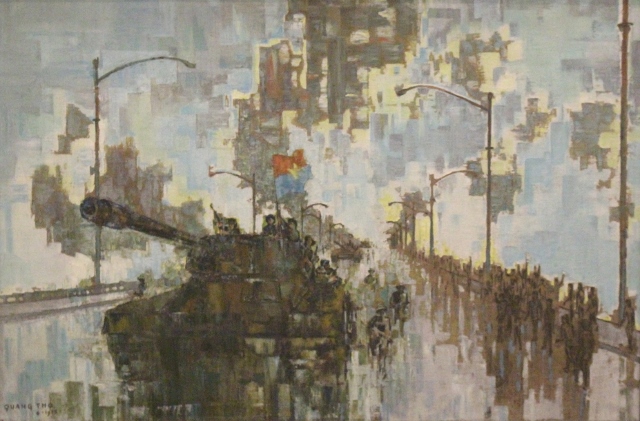 and the ultimate, called “Sunny Spring” (1975, oil on canvas, by Nguyen Quang Tho) 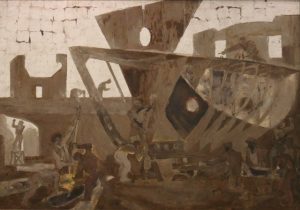 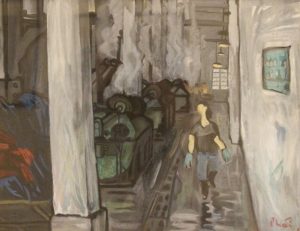 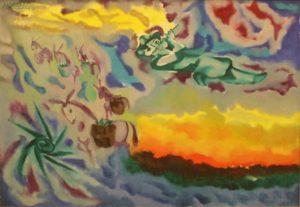 And perhaps this is for the better. The influence from Western artists, which the museum also mentions, has culminated in a most draconian painting, after Chagall. But rest assured, there is enough to entertain yourself in this museum. 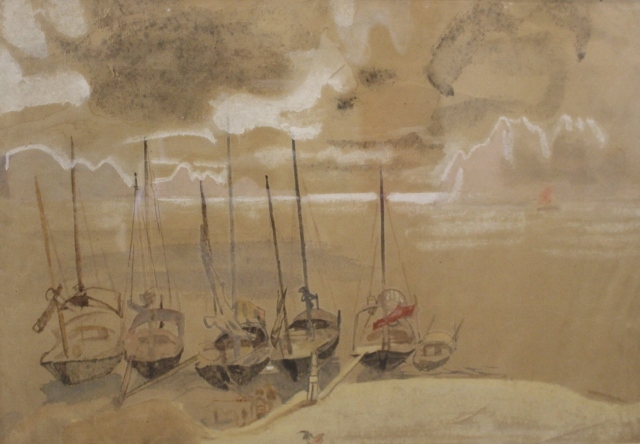