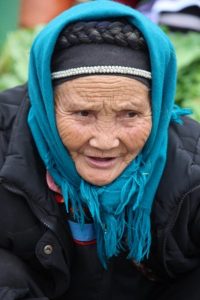 a minority woman in the Bac Ha market

From the large Sunday in Bac Ha there are also more photographs of ethnic minority dress, many of which are, at least in this area, rare – but not less colourful. 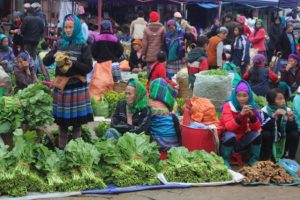 colourful women and colourful greens in the Bac Ha market 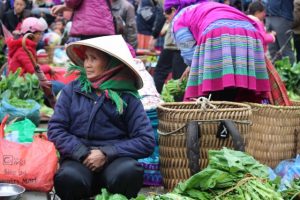 another market woman, but with the national symbol rather than minority headdress 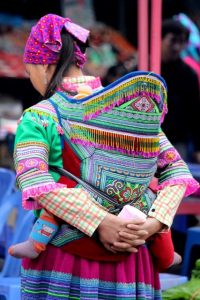 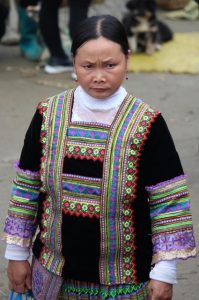 one of her kind, in the market 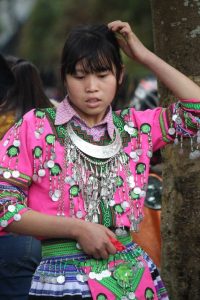 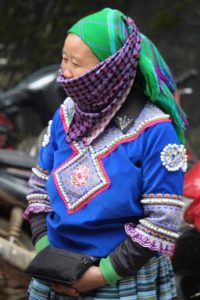 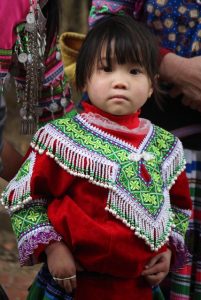 children are taught at an early age 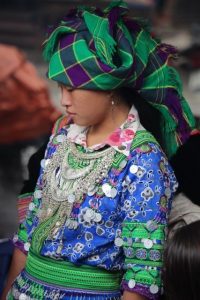 richly decorated, to say the least 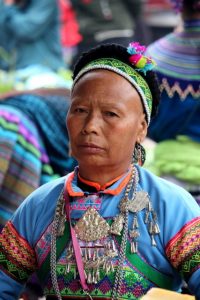 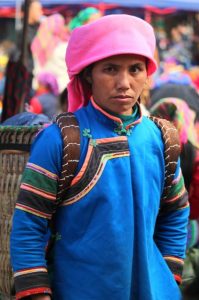 or this blue jacket 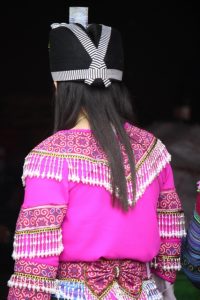 this type we have seen before 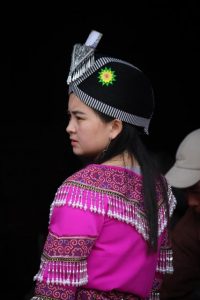 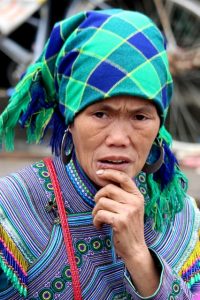 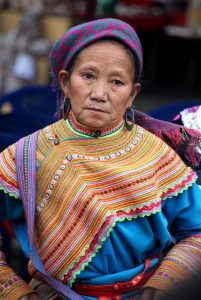 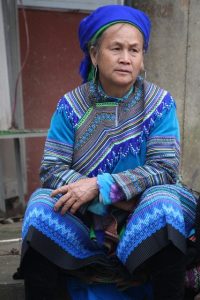 a more familiar dress, by now group from the same village