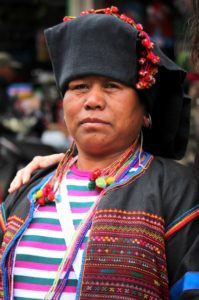 The second entry about Xishuangbanna villages I use as a platform to post some of the many pictures from what is now the Saturday market in Menglun.

Our driver-guide came in handy for the next few days. We had intended to visit Menglun, southeast of Jinghong, for the famous Sunday market (according to our 2017 guide book, not the 20-year old one); just in time, Friday evening, we learned that the market had been changed to Saturday (just imagine the frustration if we would have turned up on Sunday morning…). So we drove to Menglun on Saturday morning early, instead, through beautiful countryside; the hill slopes filled with tea bushes and banana plants, the valley floors covered with sugar cane and spectacularly tall bamboo. 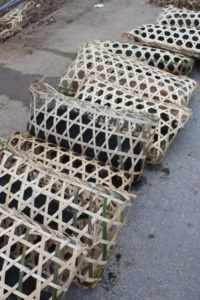 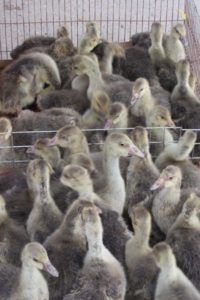 young ducks, on top of each other 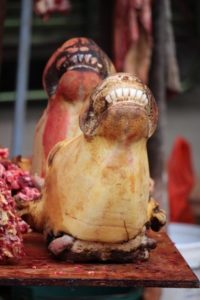 and the cows, always good for a smile 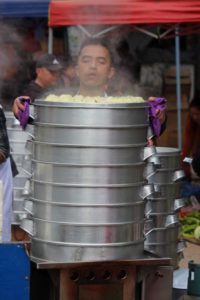 breakfast with sweet dumplings, not a few! 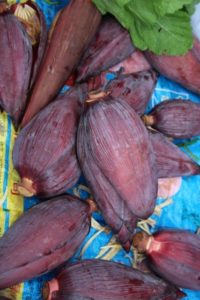 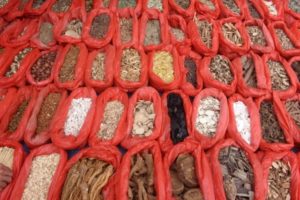 roots and dry fruits, mostly for medicinal application, I think

The market, along an approximately one kilometre long street, was already in full swing, with its associated traffic chaos at both ends. Markets like these are entertainment; from the pig section, where you can get a pre-packaged small pig to take home, to the chickens and ducks, to the shaman – the medicine man – selling snakes and frogs and powerful potions, to the colourful vegetables, and the colourful people – several different ethnic minorities stroll across the market, although perhaps not in the droves I would have hoped for. The Dai wear their elegant lungi-like skirts, and a somewhat subdued headscarf, the Aka have the brighter headscarves, the Akhe have a black headdress and a jacket colourfully embroidered on a black background; there are Thai women with elaborate hairpin-structures and colourful flowers, and another minority that covers their head with a towel. Whatever. Walking, it took us over an hour to reach the other side.

next: the third installment on the Xishuangbanna villages 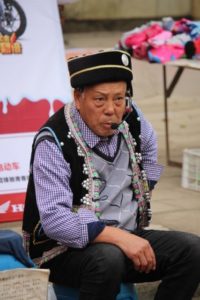 the shaman, or medicine man, complete with microphone 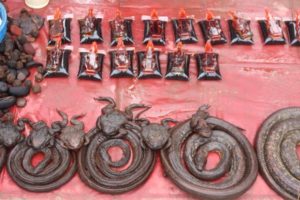 promoting his mambo treatment; and this are some of his potions, and their origins – snakes, frogs, he even had a small crocodile 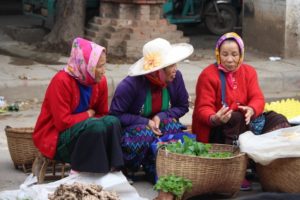 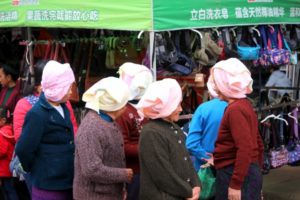 a group from the towel tribe, probably Water Dai 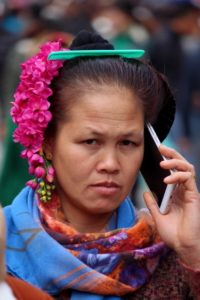 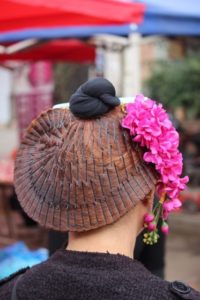 and another one, admire the hairpin construction 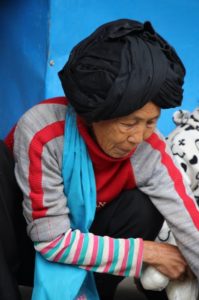 another woman, not sure from which ethnicc group 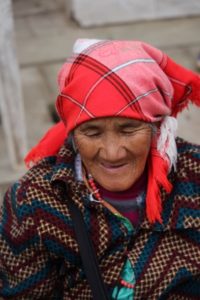 this, I think, is an Aka woman, with colourful, mostly red, headscarf 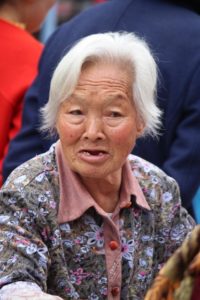 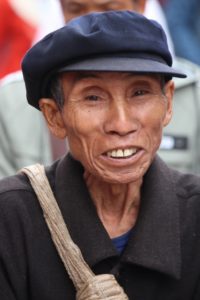 some of the men are equally intriguing, but ethnic cloths? 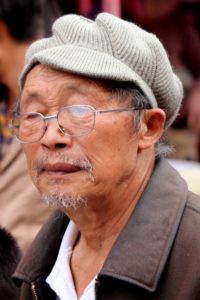 neither am I sure whether this is ethnic dress at all 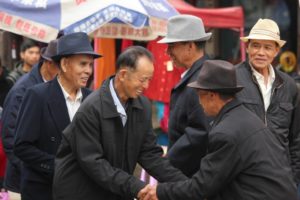 they meet up, the men, dressed in classic fashion 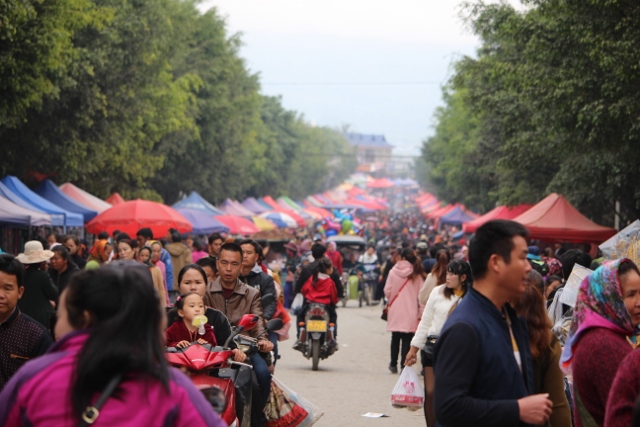 and an overview of the market street, from one end