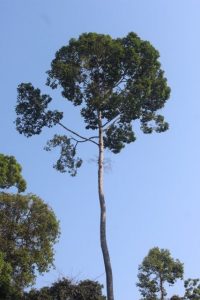 The highly overrated Khao Yai National Park is nevertheless good for a nice day out.

The Khao Yai National Park is one of superlatives. It is the oldest National Park in Thailand, established in 1962. It is the most-visited, being relatively close – two hours’ drive – from Bangkok. And it is also, as far as I am concerned, the most overrated reserve I can think of. 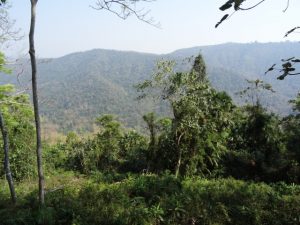 one of the first view points in the park

Initially we had thought of booking a tour of the park offered by one of the many tourist agencies, which would include a car safari, half a day jungle trekking, visiting a water fall and, eh, oh yes, a lunch box and free leech socks. Studying the internet resources a little further, we learned that there are three roads in the park, tarmacked and totalling less than 70 km – so much for the car safari, then. The walking trails are actually well signposted. And we don’t care much about water falls. Those enthusiastic people who did the tours had seen, eh, some deer, some monkeys, a snake and a scorpion. No elephants, unfortunately, that was not guaranteed in any of the tours. And there are not many other wild animals in the park. Oh, and a tour starts from a little over US$ 100, per person, if you are just the two of you. Hmmm. 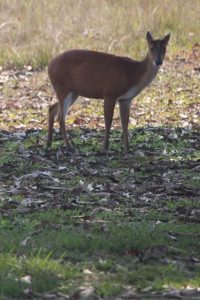 a young deer in the semi-wild 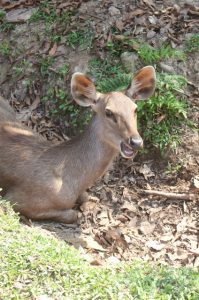 and an older, wiser one, near the kitchen of the restaurant 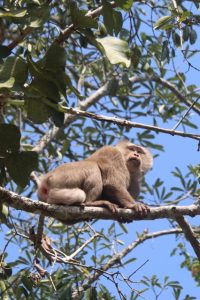 baboon in a tree at the visitor centre 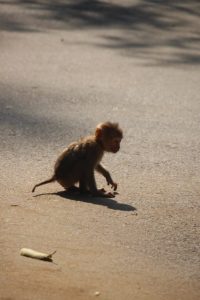 looking down on the youngest of the family 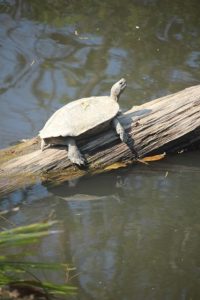 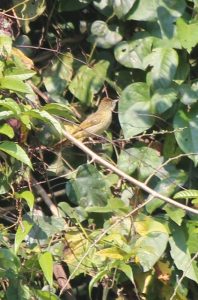 and a bird, if you look carefully – this is how difficult it is!

Still having access to our scooter, we decide to arrange our own tour, instead. Off we go, 45 minutes to the park – riding the scooter, by the way, being far more scary than anything we did by bicycle in Hanoi. Most dangerous are the minivans, from the tour operators, who would stop anywhere along the road; as it turns out, visits to large souvenir stores are also included. Once in the park, we stop at the occasional view point before reaching the visitors centre. This is where the deer are, and the monkeys, close to the restaurant’s kitchen. And the tour groups, each with their own colour leech socks. It is dry season, and there are no leeches, but the lady at the information desk explains that the leech socks help keeping track of the different groups. 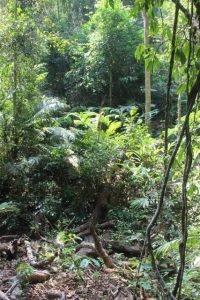 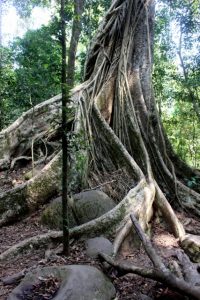 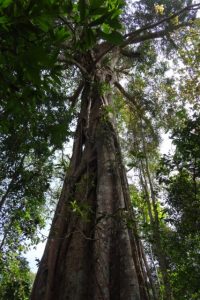 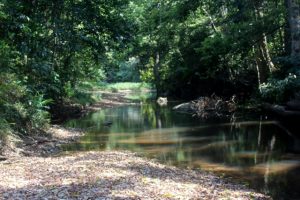 and a little river to cross 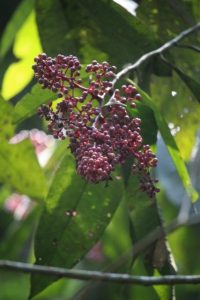 a little colour from the berries

We pick up a map, and head for the trail, a 5 km walk through the jungle. A pleasant surprise, actually; where everything looks rather over-developed in the park, I had expected the trails to be well appropriated with stairs and railings wherever remotely necessary, perhaps even concrete steps, but in fact we follow a pretty narrow path, not always very clear, winding its way in between the trees. Only the sporadic large stone in the stream, to aid crossing with dry feet, shows that people have been involved, for the rest it could have been an elephant trail. Or not; the occasional large tree blocking the trail may well have been put in place to discourage elephants from following this one, thereby protecting the haphazard tourist. We thus stumble a good two, two-and-a-half hours, crossing small streams and fallen trees, working our way up in between tree roots, and down on the other side, having a great time in the jungle. We didn’t see any animals except for a few birds, but we heard the monkeys, the hornbills and some larger animal breaking free from the undergrowth. All very entertaining, even without a supporting group with colourful leech socks. 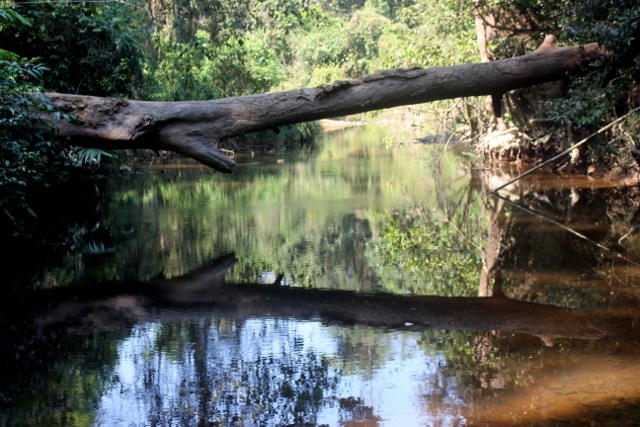 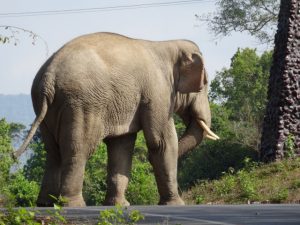 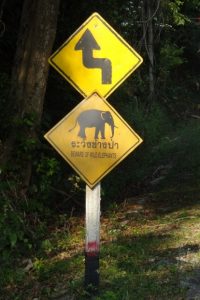 we cannot say that we haven’t been warned 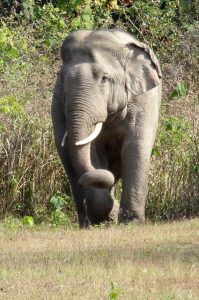 not sure where to go 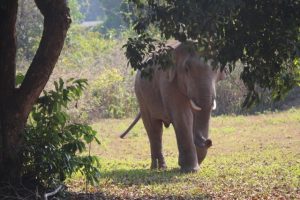 After having been given a lift back to the visitor centre, we mount our scooter again, and tour some of the 70 km of tarmac road. Only to be blocked by a lone elephant! That’s the moment that I feel more comfortable in a car than on a scooter. But we survive, he decides that the road is, after all, less interesting than the jungle. And now we have seen an elephant! Everything else, afterwards, the pond, the waterfall, the grasslands, the tall trees, was a little less impressive. Even the traffic, on the way back, was somehow less scary. 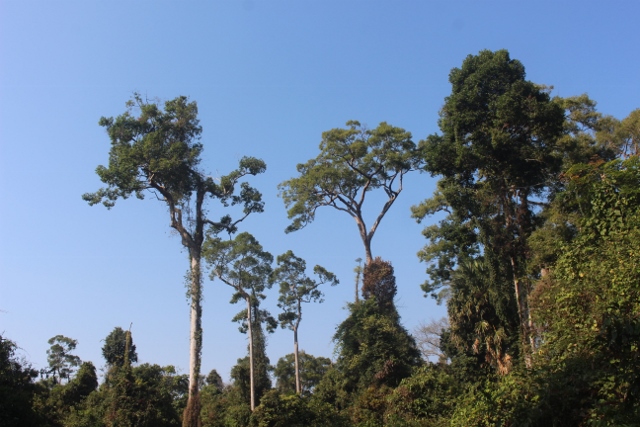 there are some nice, and impressive spots in the park