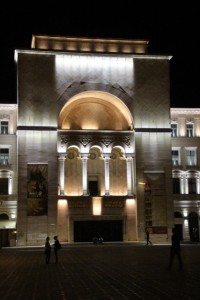 the opera building of Timisoara

The lively capital of Romania’s Banat area, in the north west corner, is a very pleasant first encounter with the country.

We enter Romania near the village of Sannicolau Mare, in the westernmost corner of the country, near the borders with Serbia and Hungary. After having spent most of the afternoon crossing Southern Hungary, from dead and abandoned village to dead and abandoned village, Sannicolau is a refreshing change of scenery. Not the landscape, which is equally flat and boring, if with even fewer trees than in Hungary, but here we see people again, in the streets, in the fields. There are shops again, and there are cafes, full of men drinking. Old people have put their chairs outside and enjoy the late afternoon sunshine. It is Saturday, which is obviously a popular day to get married. Several weddings are underway, guests impeccably dressed, men in suits, women with elegant, colourful dresses. Nobody seems to be bothered that the traffic through the village is blocked for a while, when the bride is escorted to the church.

Our first face-to-face encounter with Romanian people is equally uplifting. Taking a few pictures of the fruit stalls along the road invites some conversation, in a mixture of Romanian, Italian and German, ending up with the fruit seller insisting we accept a small mellon as a gift, for whenever we stop the car again. Where in the world?

Suddenly, we are in Timisoara. One moment we saw some distant contours of the modern outskirts of a city on the horizon, next we are entering the town among six-, seven-story apartment buildings – the type that just don’t require an elevator yet, hallmark of cheap communist-era construction for the masses. Timisoara is the second-, or third- or fourth-largest town of the country, depending on the source, yet, within a few minutes we are in the old centre, where we find the aptly named Hotel Central, an only partially reconstructed communist bullwark. 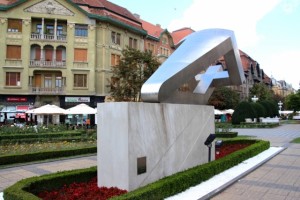 monument for the people killed during the 1989 uprising in Timisoara

This is the Banat Region, originally Hungarian in the early Middle Ages, then conquered by the Ottoman Empire, to be liberated by the Austrian Habsburgs in the 18th Century, subsequently allocated to the Hungary-part of the dual Austro-Hungarian monarchy formed in 1867, only to become Romanian after WW I – get used to this juggling of control over Romanian territories, it will come back a few more times! What it has done, though, at least in the Banat Region, is that it has created a rather mixed population, of Hungarian, Serbian, German and Romanian origin, who all get on relatively well together. And stand up for each other, too, which is what Romanian dictator Nicolai Ceaucescu found out in 1989, the year that Timisoara briefly captured the attention of the whole world as the starting point of the Romanian revolution. When, in December of that year, the regime tried to exile a rather critical priest of Hungarian background, ever-swelling bands of protesters, and not only Hungarian, got onto the streets, within days overwhelming the security forces that were out to suppress the disorder, a fact that was quickly picked up throughout the rest of the country, and ultimately brought down Ceaucescu, who was equally swiftly tried and executed. That’s what I call a revolution, over and done with in less than two weeks! 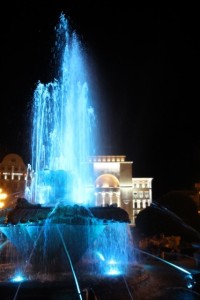 the fountain at night, Piata Victoriei 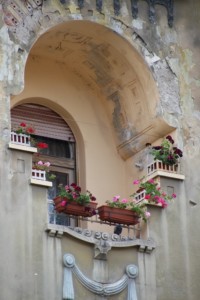 part of the façade of a building 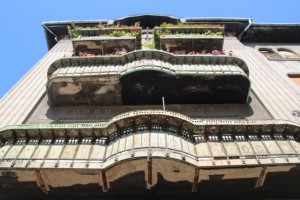 metal balconies along the Piata Victoriei 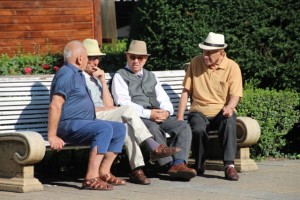 Nowadays, Timisoara is a relaxed city. People are out in force, once more, but this time as a terrace-loving crowd, sipping coffees or licking ice creams, along the main squares of the very attractive old town. For the moment, Piata Victoriei is the most impressive. This long, rectangular square, renamed from Piata Operei – square in front of the Opera – after the 1989 uprising, has the Metropolitan Cathedral at one end, and the Opera building at the other, with in between a green walking promenade flanked by the parasols of terraces, and the brilliant facades of turn of the Century – the 19th Century, that is – buildings. These come with unusually shaped roofs, gables and cupolas, and a wide variety of balconies, in stone and metal, and most of it in relatively good state. 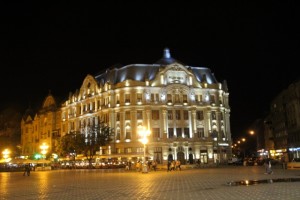 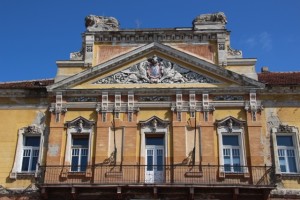 The other two squares, Piata Libertatii and Piata Unirii, are being restored, at the moment, which takes some of the beauty away, but just imagine when these, and the several streets in between them, that are also being repaired, are finished. Then everything looks as spectacular as Piata Victoriei. 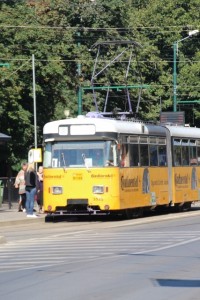 not everybody participates in Timisoara’s economic boom

Sunday evening is terrace time, once more. Lloyds, an institution, or so it seems, on the Piata Victoriei, is the place to be, lazily having a beer and watching the crowds parade. Old couples, some well in their seventies, shuffle across, holding hands. The young and hip with their mobile phones at one ear, the boys invariably in shorts and on slippers, the girls often elegantly dressed – which more often than not means high heels and hotpants. Two policemen are issuing tickets to every cyclist who fails to get off his bike in this pedestrian area, whilst in the meantime the square is being overrun by prams. Not only that, their occupants have been set free, and are collectively chasing the pigeons. You know, quite a normal scene for a Summer Sunday, anywhere in the world, yet, so different from our regular Sundays. Timisoara is a good place to be!

Next: the Iron Gates, the Danube gorges between Romania and Serbia. 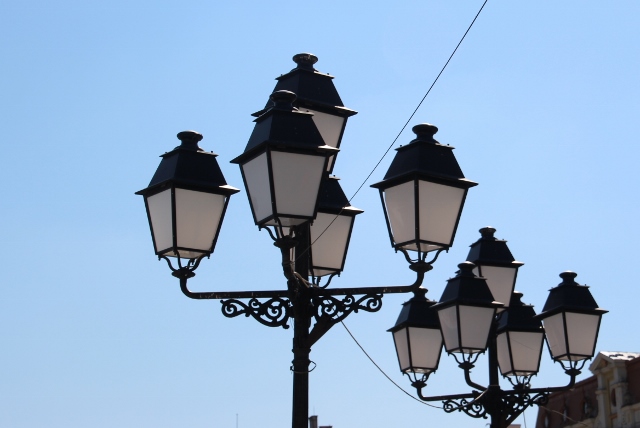 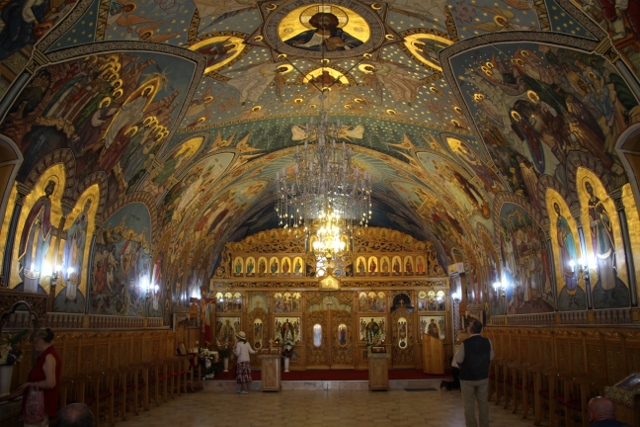 interior of a small Orthodox church near the market 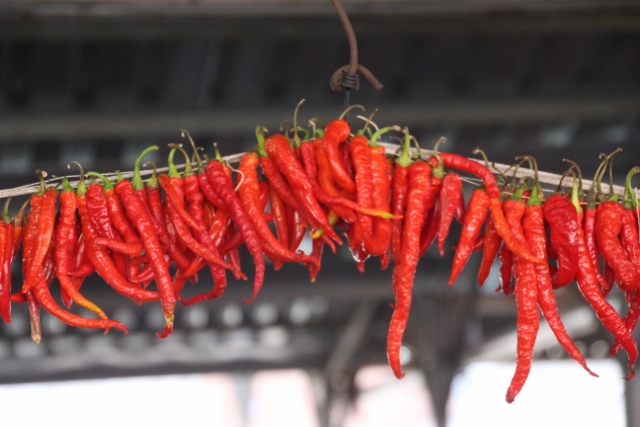