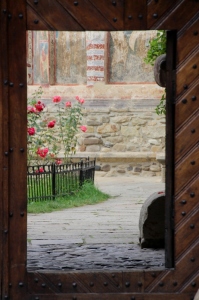 door in the entrance gate to the Moldovita Monastery

The Moldovita Monastery is the third of the big four, and contains my favourite, the Siege of Constantinople fresco

This Monastery was established in 1532, also by Petru Raresh, son of Stefan the Great, apparently after a landslide has destroyed an earlier building. 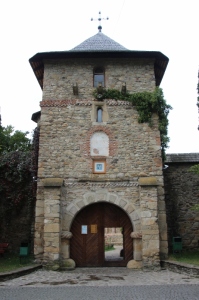 defense tower over the entrance to the Moldovita Monastery

The most evocative painting here is the Siege of Constantinople, very lively with canons and Turkish horsemen marching up to the walled city. There is also something called Jesse’s Tree, on another wall, the significance of which I am not sure: essentially, a lot of people, seemingly randomly positioned. 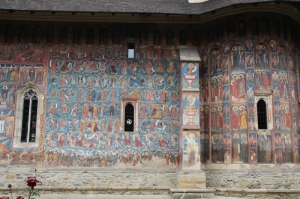 Like the other churches, there is a wooden overhang protecting part of the outside frescos, and like Voronet, this church also has a tower. The compound is walled, and one of the defense towers still stands over the entrance.

The other monasteries included are Humor, Voronet and Sucevita. See also ‘the painted monasteries of Bucovina’. 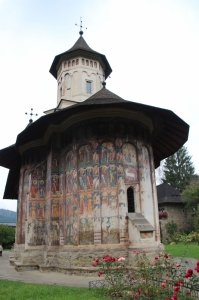 church of the Moldovita Monastery 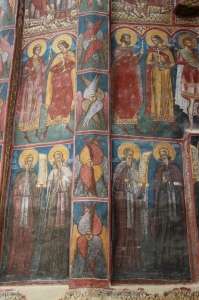 detail of the Siege of Constantinople, with a focus on the city itself 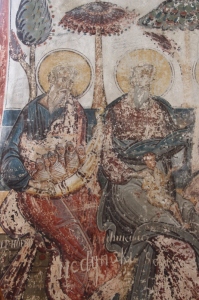 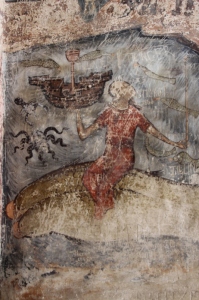 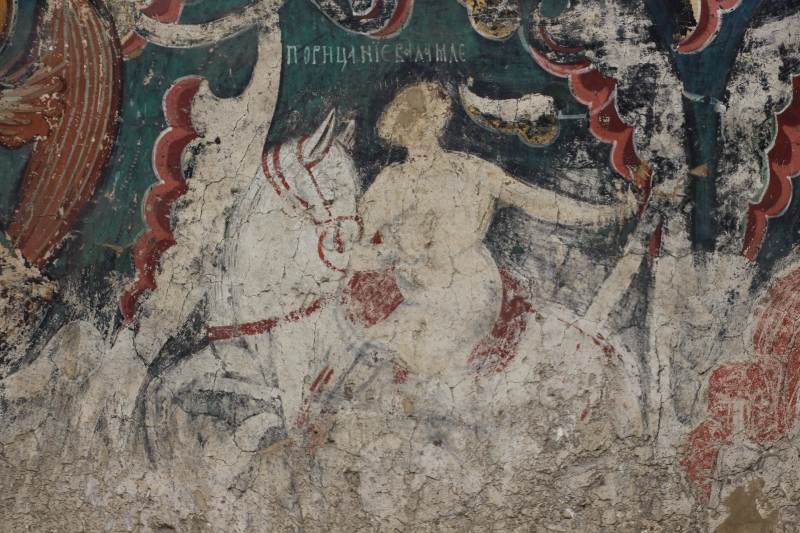