05. into Bulgaria 07. the Bulgarian Monasteries 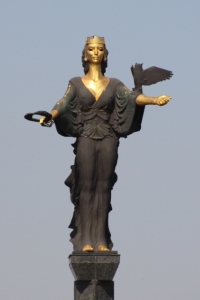 the sculpture of Saint Sofia towering over the city

Bulgaria’s unpretentious and unhurried capital has lots to offer, not in the least an almost complete lack of tourists – which is unjustified

It took us a while before we realized that there was something missing in Sofia (just to be clear, we are talking about the capital of Bulgaria, here). It is a fairly large city, not like Timisoara where you get to the center before you know it. It has plenty of historic attractions, it has a shopping neighbourhood full of upmarket boutiques, with a pedestrian street lined with terraces serving coffee, ice cream and everything else. Right in the centre of town are several leafy parks providing benches in the shade, from where to observe sculptures and monuments. But there are no tourists! It is middle of August, and there are no tourists! – well, except for a loud Spanish-speaking group, but all Spanish-speakers talk loudly when in groups. And it looks like Sofia never gets many tourists, either, because we are not once being approached with offers for tours, shows or tacky souvenirs. That in itself would have been reason enough to come here. 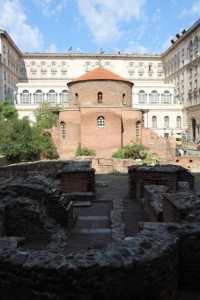 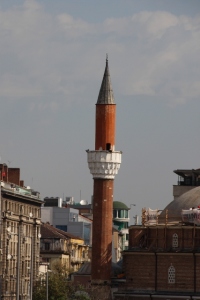 the minaret of Sofia’s mosque, one of the traces of past Ottoman rule 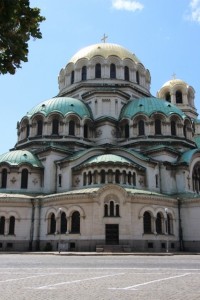 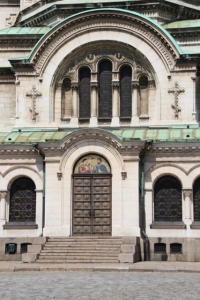 one of the side doors, and windows, of the Alexander Nevsky church

There is a score of churches in Sofia, of which the Sveti Georgi Rotunda is perhaps the oldest one, dating back to Roman times. Some Bulgarian historians try to make you believe that Constantine the Great, he who established the Eastern Roman Empire, with Constantinople – present day Istanbul – as its capital, in fact would have preferred Serdica – present day Sofia – as its capital, but was forced to choose the location Constantinople on the Bosphorus instead, for strategic reasons. Just imagine! 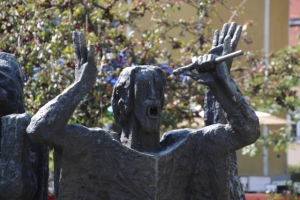 in the parks, lots of modern sculptures, too, and quite attractive in the vicinity of the icon museum local artists add to the collection, for sale 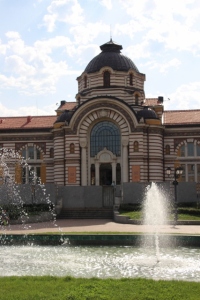 the haman, a fabulous building – being refurbished

The Alexander Nevski Memorial Church is the by far the most impressive church in town. This large, golden-domed Russian church was built around the turn of the one-but-last Century, in memory of some 200,000 Russian soldiers who died in the Russo-Turkish war of 1877-1878, when thanks to Russian help Bulgaria regained its independence from the Ottoman Empire, after 500 years of occupation. (What it also did, this war, was triggering political instability, with various powers competing for influence, German princes – Alexander von Battenberg, Ferdinand Saxe-Coburg – ascending the Bulgarian throne and abdicating again, and multiple territorial wars, first against the Turks – the First Balkan War – and then amongst the nascent nations – the Second Balkan War, which Bulgaria lost.) 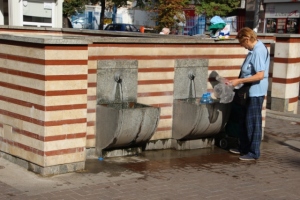 near the haman is also a public water supply, lots of people collect their water from here, in plastic bottles 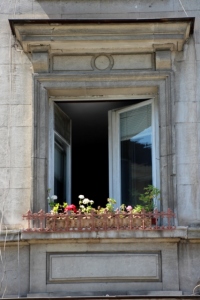 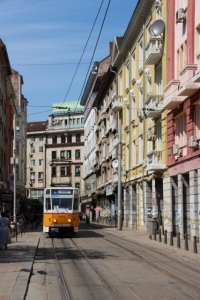 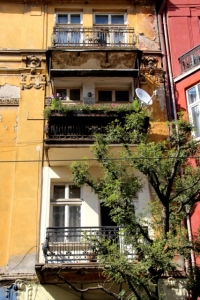 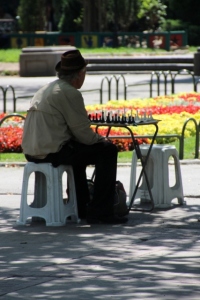 chess player waiting for an opponent 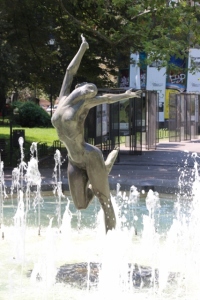 a more modern version of Saint Sofia, perhaps? In the fountain, in front of the theatre

But I am drifting away from Sofia. Apart from the churches, and the exquisite icon museum in the crypt of the Alexandaer Nevsky church, there is some 19th Century architecture remaining, in between post-WW II Soviet-style rebuilding – much of Sofia was badly bombed. There is the Royal Palace, now housing several museums, there is an old Ottoman haman, or bath house, and there are several other attractive facades. Away from the main, broad avenues, many of the smaller streets are cobbled, and some are still lined with trees. And then the other characteristic of Sofia hits us: there are not only no tourists, but there is also nothing light-hearted happening in the city. Everything seems to be serious, solemn. No street artists, no roller skates, no people making fun. Bulgarians don’t seem to laugh. Only late in the afternoon we come upon a square where people, mostly older men, are playing chess against each other, and that is as fun as its gets, on Sofias’s streets. 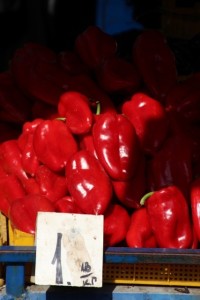 peppers in the market

Serious, solemn Sofia (Quite unlike the other Sofia).

Next are the Bulgarian Monasteries 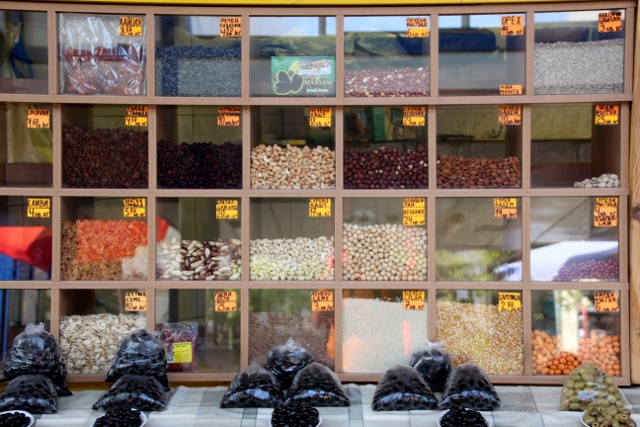 olives, seeds and nuts, sold in the market

One Response to 06. Sofia