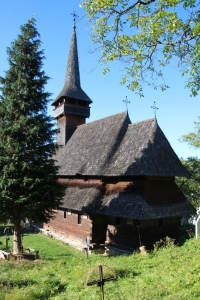 the wooden church in Poienile Izei

The church with the most vivid depiction of hell, and lots of other attractive frescoes 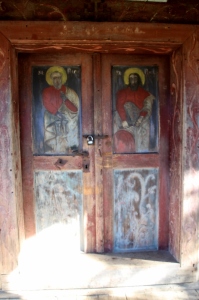 the door, painted on the outside

One of the oldest churches, probably from 1604. Every church has a depiction of hell, but here in Poienile Izei they have been specifically detailed with the images. Unfortunately, the care taker who let us in – after having made us wait for close to half an hour -, wanted to leave almost immediately again, and left us very little time to study the paintings. Hell scenes include graphic images of the punishments one can expect for sins: I found a source claiming that a liar is hanged by his tongue, a farmer who stole his neighbor’s land is plowed by two devils, a mother forced to swallow her aborted baby, and he who sleeps while the priest is preaching, is forced to lay on a burning bed and endure the devil’s violin. And lots of other unpleasantries. Great painting, though. 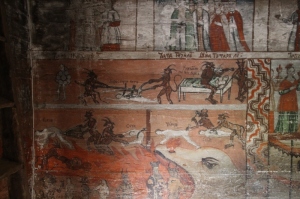 hell, in all its forms 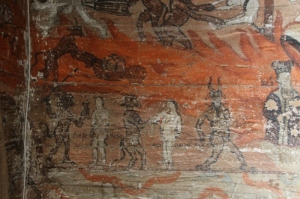 and more hell, certainly with lots of fire 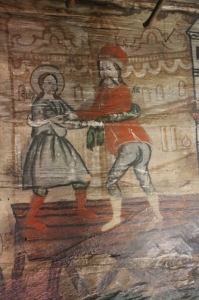 not sure what this depicts 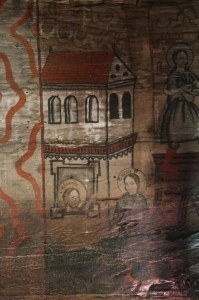 one of the church-wide panels