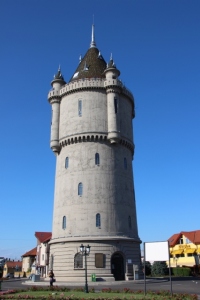 the pride of Severin, the Turmu part actually: the water tower

Once-famous Roman town on the Danube, now a mixture of modern and old, both attractive and decrepit

Severin, or rather Drobeta-Turnu Severin, the full name of this town on the Danube, would form a good base for exploring the surrounding Iron Gates National Park.

But the town, at first sight nondescript, does have its own attractions. Some 2000 years ago it gained worldwide fame – the world of that time being limited to the Roman Empire and its Barbarian surroundings, of course – from its bridge over the Danube, a true engineering achievement at the time, 15 meters wide and over 1100 meters long. Today, a few pillars of the original bridge remain, and with a healthy dose of imagination one can recognize the piles of rubble as such. There is a further claim of a Roman settlement, the ruins of which are so restored that it is hard to seen anything Roman in there; unfortunately, the museum which is supposed to explain all this, and contain a scale model of the bridge, is also being refurbished, and thus closed to the public. 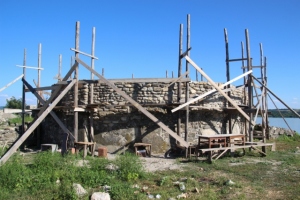 this is one of the pillars of the world-famous ancient Roman bridge. Right! 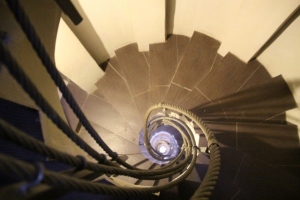 and a more artistic representation of the tower, the stairs inside 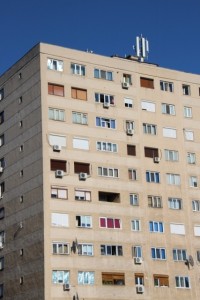 this is your average palati, in Severin 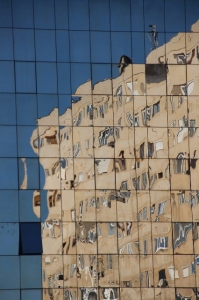 which gets a lot more interesting, mirrored in the Romtel building

The other sight in town, a century-old water tower, was open, and proved to be quite a building, with quite a view from the top. And further exploration yielded the occasional old houses, in between the many, rather ugly, modern buildings – with the exception of the glass-fronted RomTelcom Building, which has its glass front a little wobbled, giving the reflection of the uninspiring neighbouring apartment building a whole new dimension. 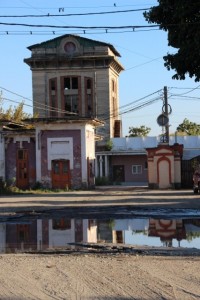 one of the old factories, in the port area and old, by now disconnected, heating pipes, as you find them all over Romanian industrial areas

Another feature of Severin is its decrepit industrial base. On the way, along the river, we had already noticed several factories that had collapsed, but around Severin there are many spectacular examples of crumbling industries grouped together, from the still somewhat respectable Severen Shipyard to the totally wrecked factories north of town. An impressive form of capital destruction in the wake of the collapse of a totalitarian regime, without the availability of an alternative economic structure. No different from what we say in Albania, 20 years ago, and no doubt no different from many other – what we used to call – Eastern European countries. These factories will never produce anything anymore, yet still occupy prime spots along the river: nobody is going to take this apart anytime soon.

Next: we go into Bulgaria 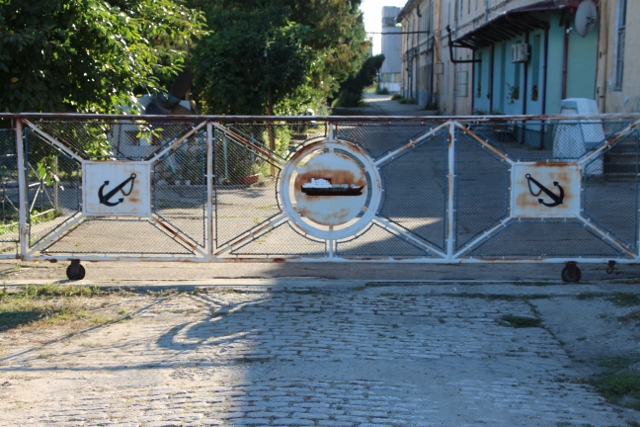 the Severin shipyard most likely doesn’t build any ships anymore, but its gate is priceless