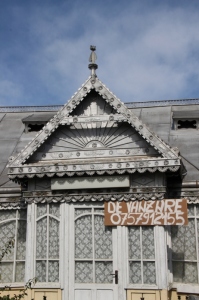 Even after three weeks Romania we still encounter new forms of housing, including those with metal roofs and with car windows, on our way to Suceava, capital of Bucovina

We are on our way back home, but before we set our minds to long distance driving, we have two unique areas to visit still, Bucovina with its painted monasteries, and Maramures with its wooden churches. 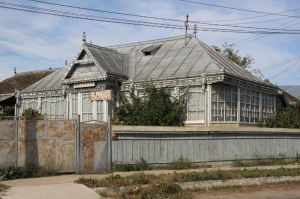 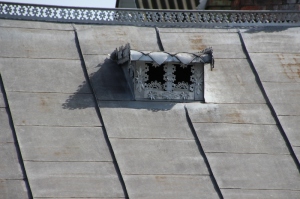 even a small roof window has been decorated 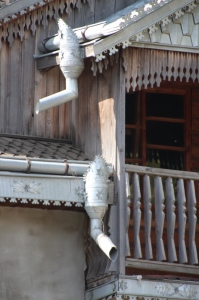 and what about the drainage pipes? 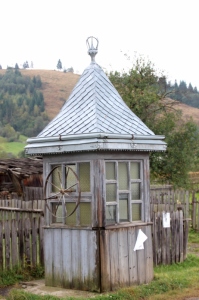 even water wells have a metal roof cover

In the villages around Iasi we notice quite a few houses that have been built with sheet metal roofs.

Apparently, this was in response to lack of affordable building materials in communist times, yet, people have made considerable effort to not just cover the roof, but decorate it, too – at a cost, obviously. Drainpipes and roof windows have been intricately worked, in a way that suggests longterm skills development, rather than applying a cheap solution. Quite attractive, these houses! And likely a longer lasting solution that the wooden shingles we noticed on rooftops of other houses in this area, for instance. 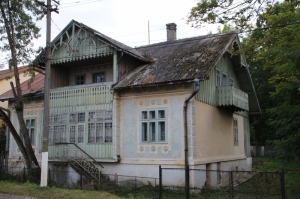 another house, with lots of wood 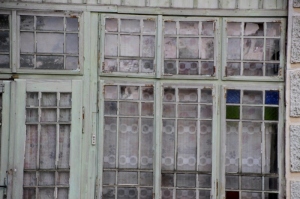 In the towns, more palatis. But strikingly – you know my obsession with these buildings, and with the various ways people have closed their balconies to create an additional room – strikingly, closing of the balconies is here rather universal, as if a factory for car windows had gone bust and gave away its remaining stock. Really, rather strange windows for an apartment. 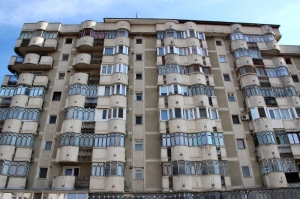 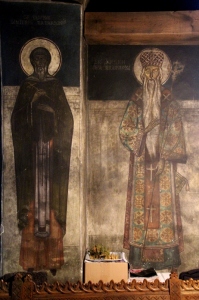 frescos in a Suceava church 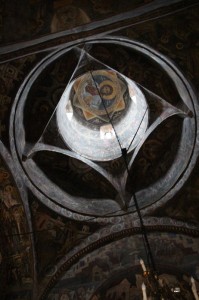 the couple is also decorated, and gets a little more light 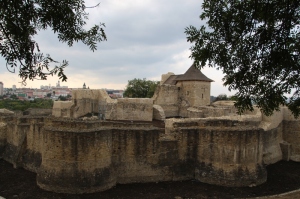 The influence of the car window factory continues all the way to Suceava, the main town of Bucovina. Bucovina is another one of those Romanian territories that has changes hands many times. Initially firmly part of the Moldavian Principality, which at that time – we are talking Middle Ages, here – had Suceva even as its capital, it was conquered by the Russians in one of their many wars with Ottoman Turkey, and then transferred to Austria in 1775 as a ‘thank you’ for their assistance during the war. In those days you could just do that, transfer a piece of territory. Austria being on the wrong side in WW I, Bucovina was returned to Romania, only to be split in a Northern and a Southern part at the start of WW II, the north being claimed by the Soviet Union, and despite short-lived Romanian war efforts to reclaim the north, after the war the status quo was maintained, and Bucovina was permanently split. Interestingly, whilst there is the occasional rumblings in Romania for reunification with Bessarabia, present-day Republic of Moldova, nobody seems to care about Northern Bucovina, at all. 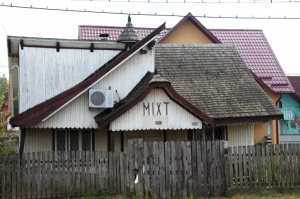 this is a general store, with wooden shingles as roof cover

Anyhow, Bucovina. Technically, Southern Bucovina, but in Romania it is just Bucovina.

Suceava is an allright place, not particularly attractive. A few old churches, frescoed inside, a citadel which is closed for renovation, and a small centre with excellent Italian restaurants. But mostly, Suceava forms the base for exploring Bucovina’s painted monasteries. 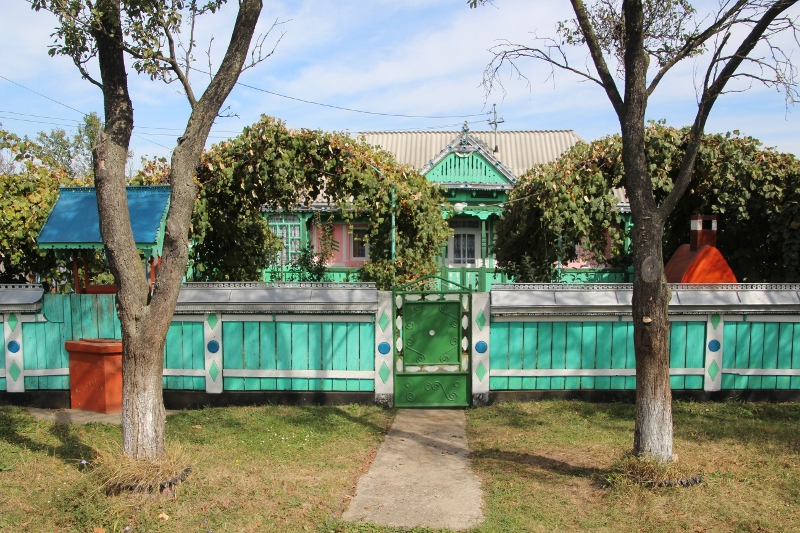 and then there are the wooden houses 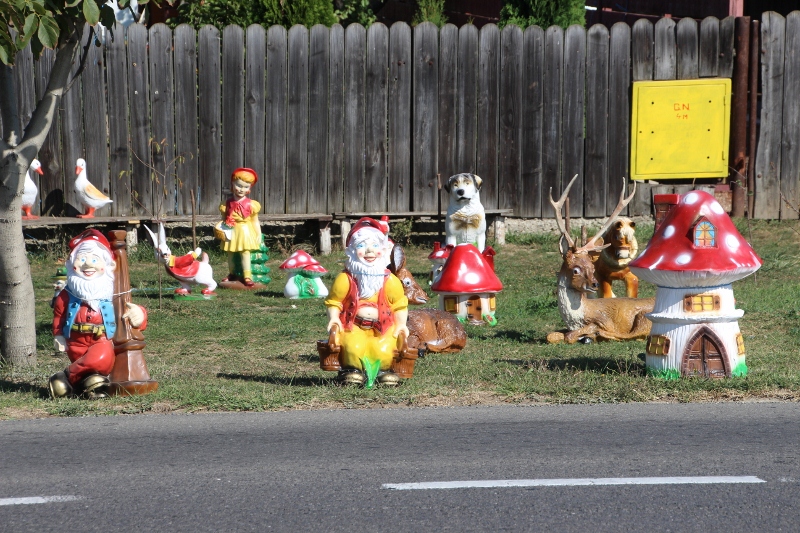 another favourite product, for sale along the road