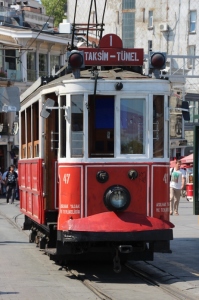 the old tourist tram from Tunel to Taksim

A brief visit to Istanbul, captured in 25 photos, some predictable, others less so. Without any claim to give a complete overview of this enormous city.

Istanbul doesn’t really fit in this blog. We know it fairly well, from several earlier visits, and we enjoy it every time again. This time, we stayed in Taksim; we did some shopping, walked to the Grand Bazaar in the old town and took a boat ride on the Bosphorus, nothing else. Photos suffice. 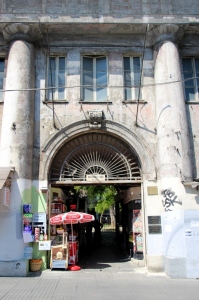 entry to a traditional courtyard in Taksim 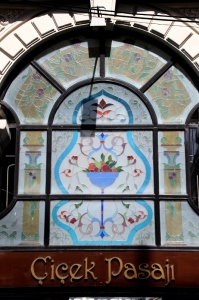 Cicek Pasaji in Taksim, tourist trap but oh, so nice

Taksim has lots of old buildings, many well-maintained, or patched up; and even though it is a little touristic, sometimes, it is nice to see. 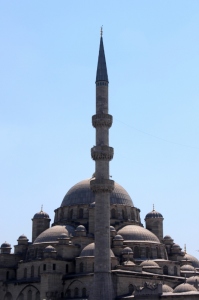 one of the many mosques along the Halic 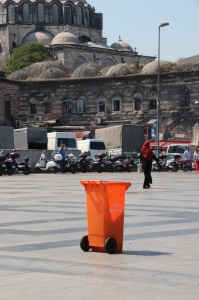 Istanbul is also the city of mosques, a familiar sight; but bins are less so. 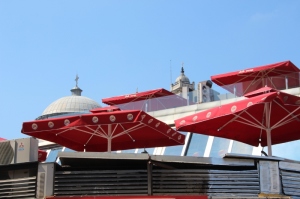 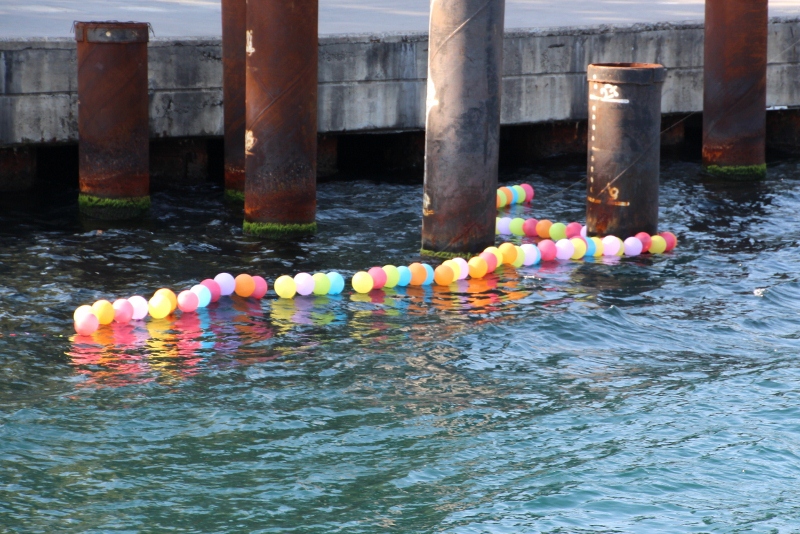 balloons in the Bosphorus 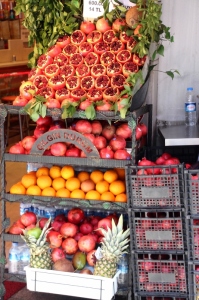 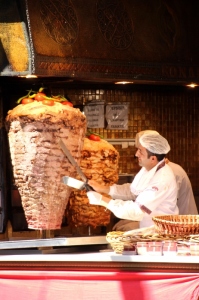 There is no lack of food in the streets of Taksim, fresh fruits as well as the biggest kebaps you’ll ever see. 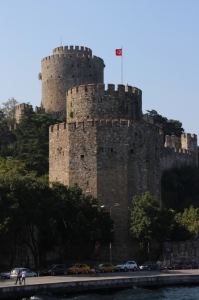 castle along the Bosphorus 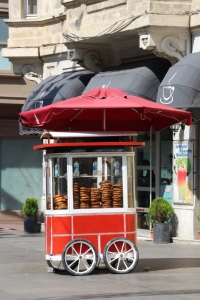 Big and small: a big castle along the Bosphorus and a small food stall in Taksim; funny, how red is the dominating colour in both. 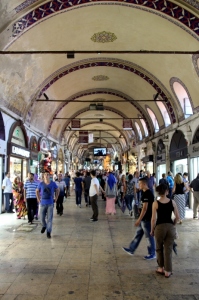 and another corridor, also Grand Bazaar 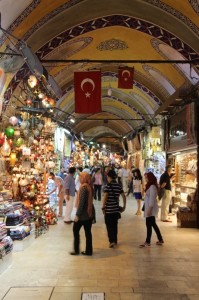 one of the corridors in the Grand Bazaar

The Grand Bazaar, a huge labyrinth of corridors and passages, where I could easily spend a day looking people and merchandise. 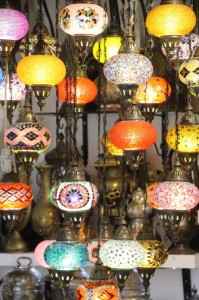 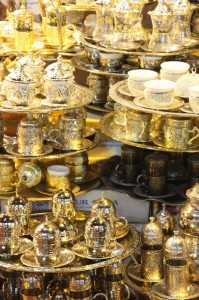 Not surprisingly, the Grand Bazaar is home to all sorts of retail, glistering and colourful. 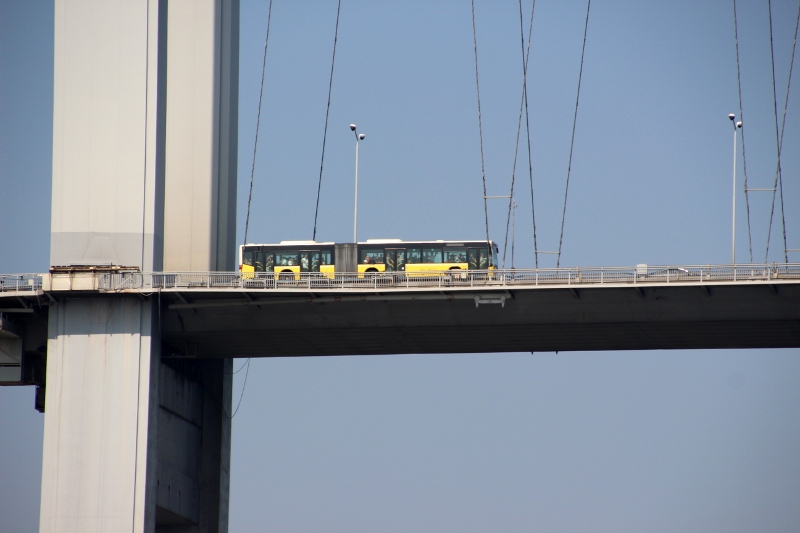 bridge of the Bosphorus 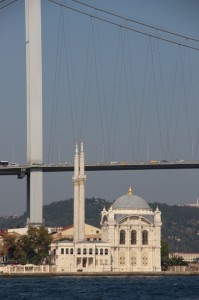 small mosque along the Bosphorus 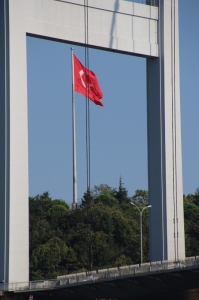 another bridge across the Bosphorus

It is kind of incredible that the first bridge across the Bosphorus was only completed in 1973. This one, the second, was opened 15 years later, much later than the small mosque right underneath. 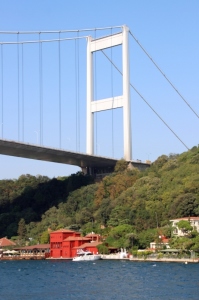 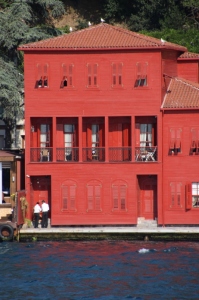 one of the mansions along the Bosphorus 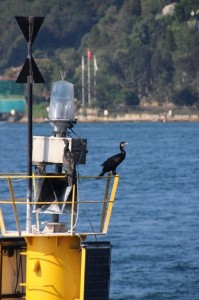 there is even some bird life, on the Bosphorus 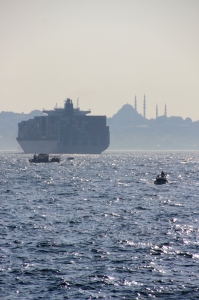 container giant passing through, with the minerets of the old town in the back

The Bosphorus is lined with mansions and palaces, built long before they got overshadowed by enormous bridges.

Big and small: huge container ships negotiate their way through the narrow Bosphorus, guided by bouys that provide space for the occasional cormorant. 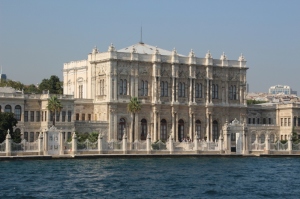 one of the many palaces along the Bosphorus

Along the Bosphorus, there are many 19th Century palaces, the one even bigger and more elaborate than the other.

Next: the Bulgarian Black Sea Coast 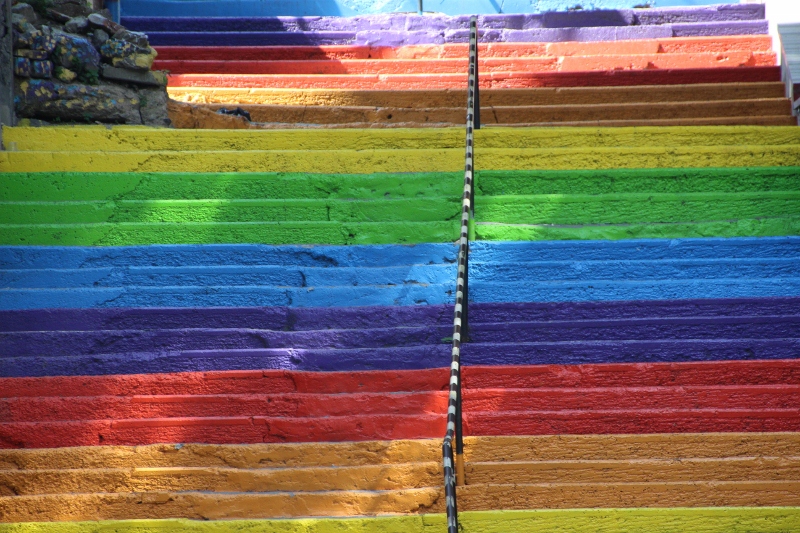 to liven up the town, stairs have been painted