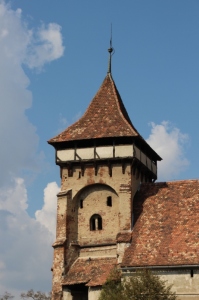 the impressive church tower in Valea Viilor, one the Saxon villages in Transylvania

Now here is something quite unique, at least I have never seen anything like it before. 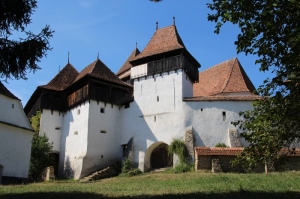 the fortified church compound in Viscri

The 12th century Saxon settlers in Transylvania not only founded the seven – or nine – towns that gives the region its German name, Siebenburgen, but they also established over 200 villages. Far more vulnerable than the towns, to raiding groups, but even more so to Byzantine and later Ottoman armies, the villagers fortified their churches, by surrounding them with enormous walls, sometimes 14-15 meters high and perhaps a couple of meters thick. These churches were, of course, of the imposing Roman Catholic sort, not the humble Orthodox types, and with their impressive, part-wooden towers they are visible from afar – perhaps a better defense mechanism would have been to build smaller churches, less ostentatious, but never mind, the best advice always comes too late. In the event, many of the fortified churches contained enough space to protect the whole village population, some even come with individual rooms for families, to live in, during siege. All together, these are striking appearances, right in the countryside. 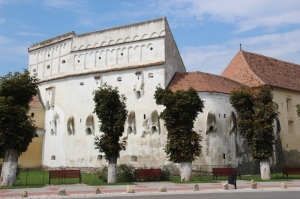 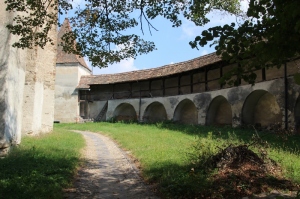 inside the waals of the compound in Valea Viilor 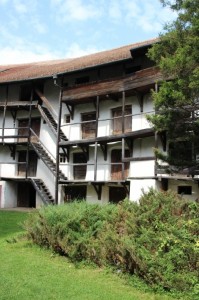 three stories high, accommodation for villagers in times of siege 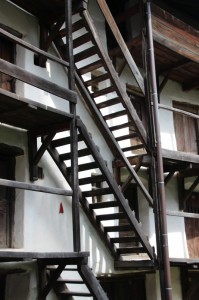 The churches were originally Catholic, and were decorated with frescoes, but the Reformation put an end to that, and the walls and ceilings were whitewashed. With restoration of the fortified churches in the past years, some have unearthed several of the frescoes, and even patched them up a bit, like in the village of Malancrav, or Malmkrog. When we arrive, the church is closed, and a blond, blue-eyed boy on a brand-new, sophisticated mountain bike which somehow doesn‘t fit in such a small, rural setting, tells us where we can find the key, which turns out to be his mother’s house. In the end he himself comes with us to open the church, communicating in a mix of German and English. A rare remnant of the Saxons, perhaps, the boy goes to a German school, in Sighisoara – and he is proud of the fact that Germany – “we”, in his own words – won the Worldcup, last summer. 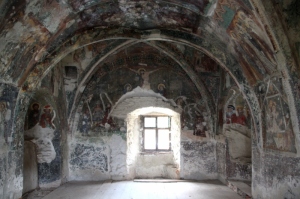 frescoes inside a chapel built in the defense wall of Harman the church in Harman is still being used, of course 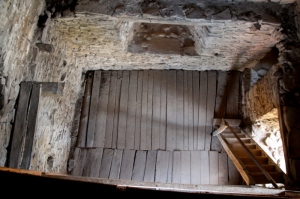 looking down from the tower in Viscri 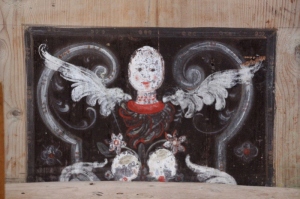 a painted wood panel in the church in Viscri 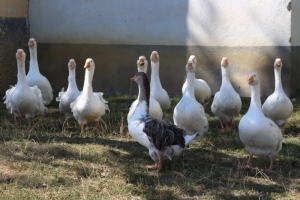 part of the village population in a Saxon village

Some of the villages are well-oiled tourist machines, with souvenir stall, café, even paid parking – a joke, we are talking really small villages here, with very few cars. Yet, in Biertan we manage to visit in between the departure of one, and the arrival of no less than three more tourist buses. Viscri, another famous village and church, is more authentic, despite its fame as UNESCO World Heritage Site; it looks like this status provides a few pots of paints per year to each village house, too, as the place does look impeccable. Other complexes are closed, either because they are falling apart and haven’t been restored yet, or because the caretaker is at home. In Valea Viilor, for example, we manage to mobilise Frau Schneider, an old woman who after being encouraged by the civil servants in the town hall, turns up with a set of huge keys to open the compound. Frau Schneider speaks German. Only. She is expecting a few more tourists, so we don’t need to take her home again, after our visit. 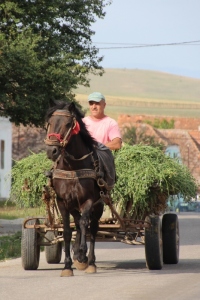 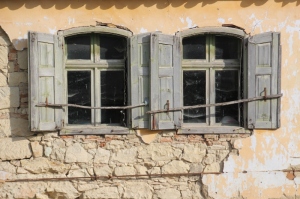 two windows in a Hungarian village in Transylvania

In the northeast, several villages seem not Saxon, but Hungarian – probably descendants from the Szekely, a Hungarian warmonger tribe also settled in Transylvania, to help provide a buffer between Hungary and the Ottomans. Many signs here are Hungarian first, or at least second, and there is no trace of German anymore. There is also very little signs of affluence, at least the villages we see seem pretty poor. 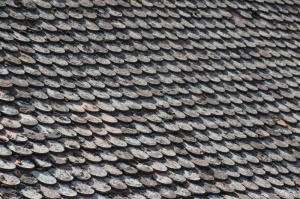 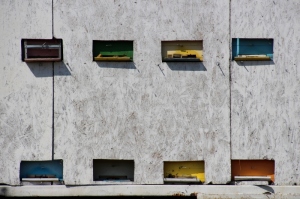 bee hives in the side of a truck, the standard method to collect honey in Romania 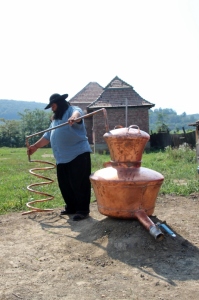 Caldarari man assembling a distillation kettle, one of their most popular products, it seems 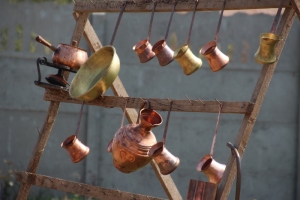 Caldarari copper work for sale along the road, near Medias

In another place, close to Medias – one of the sieben Burgen -, we run into a group of Caldarari, originally Hungarian (or Russian?) nomadic coppersmiths. They are quite a sight, the men – and even the young boys – wearing round, black hats, the women in colourful dresses, and their copperware for sale in several stalls along the road. Some of the Caldararis are businesslike, “are you interested?”, and when I try to explain that distillery kettles – their main selling point – aren’t particularly popular in Holland, because they are illegal, they instantly lose interest in me. Others are more chatty, claim to have settled in this village since the early 1980s, and are now with some remaining 140 families. Their Romanian sounds almost like Spanish, which makes communication a lot easier. 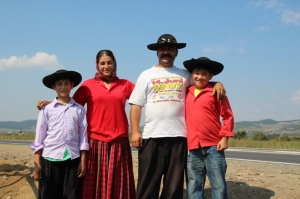 Medias also sports some fabulous decrepit communist-era factories. In order to get a good view of these, I climb some stairs to a communist-era viaduct. The stairs are closed, because they are about to collapse. Yet, the viaduct itself is open, still takes plenty of traffic, including heavy trucks, yet seems in an even worse state then the stairs. The factories, and the viaduct, form a striking contrast with the historical center of the town, and with the equally ancient, yet still formidable, Saxon fortified churches.

Next: the Transylvanian towns of Sighisoara and Sibiu 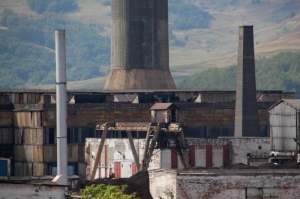 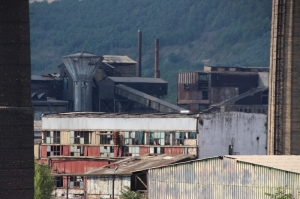