21. the Saxon villages 23. The Transylvania question 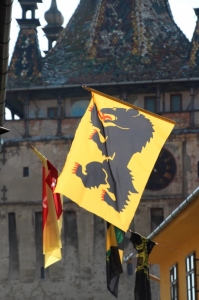 one of the flags that enliven the streets of Sighisoara, one of the Siebenburgen in Transylvania

Two of the original Siebenburgen of Transylvania, Sighisoara and Sibiu are both very attractive, though quite different, towns, each with their distinct historical centre. 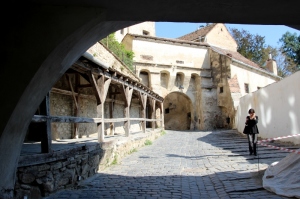 the entrance to the citadel of Sighisoara

Two of the nicest Saxon towns in Transylvania are Sighisoara (originally called Schassburg) and Sibiu (Hermannstad). In both cases, and like Brasov, only the old town is of touristic interest, and once again like Brasov, the tourists have found them, and with them the tourist facilities. Justifiably so, I would say, because both towns are really nice, each in a different way. 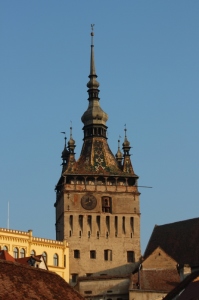 Clock tower in the citadel of Sighisoara 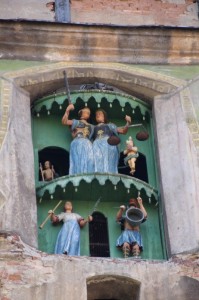 the moving mechanism of the clock, showing different characters 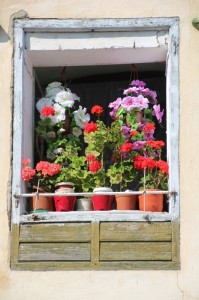 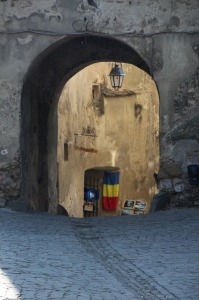 the gate under the Clock Tower 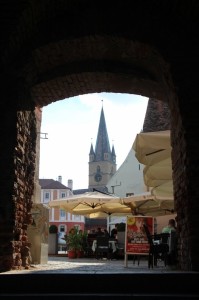 entrance to the Sibiu citadel 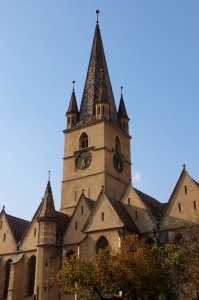 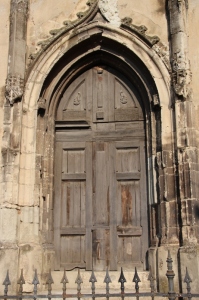 the door of the Basilica

Travel guides are no doubt a better source of information, but briefly, the old part of Sighisoara is a beautiful, walled citadel, with towers that were maintained by various guilds. There is the usual collection of churches – one reached by covered stairs -, and an attractive clock tower. Cobbled streets with old, but well-maintained house lead to (or from) a small central square with views over the lower part of town.

Sibiu is bigger, it used to be the Transylvanian capital, and the seat of the Austro-Hungarian governor, at subsequent times. Here the old town, once again located on a hill, is a collection of larger and smaller squares, connected by more cobbled streets, and by narrow, covered passages.

What both towns  also have in common is a much higher number of beggars than what we have seen so far, and others scouring the rubbish bins; many young children, too, begging, and perhaps also opportunistically waiting for a wallet that falls from a pocket. I would hate to think that  this is also be the effect of tourism?

To be fair, one of the advantages of a well-developed tourist trade is that there are attractive hotels and guesthouses in town, both in Sighisoara and especially in Sibiu.

Next: a little expansion about the position of Transylvania in Romanian history 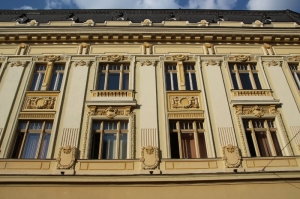 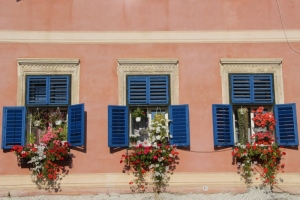 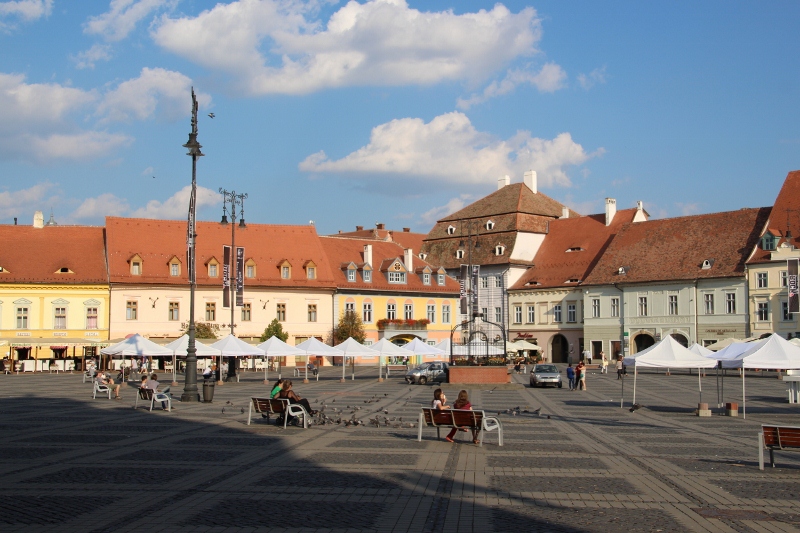 Piata Mara, one of the large squares in Sibiu’s citadel