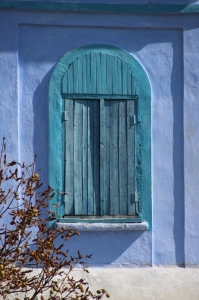 An empty country, with little outward indication of progress, although the capital Chisinau is a lively, relaxed place

Being so close, we couldn’t resist hopping across the border into the former Soviet republic of Moldova. The link with Romania comes from one of the Wallachian princes called Bessarab, who, in the 16th Century, established the principality of Bessarabia, between the Dniester and Prut rivers. In the days of Stefan the Great Bessarabia was united with Moldavia (the Romanian province), but the territory has long since been annexed by the Russian, later the Soviet Union. The reunification with Romania proper at the start of WW II, which Romania managed with German help, was short-lived. When war fortunes turned, the Soviets occupied Bessarabia again, in 1943, and they didn’t see any reason to return this territory at the end of the war. And at the break-up of the Soviet Union Bessarabia went on as the independent country of Moldova (except a small sliver, what is now the Russian-supported break-away territory of Transdniestria – essentially the area along to the Dniester river, and quite possibly the next Eastern Ukraine). 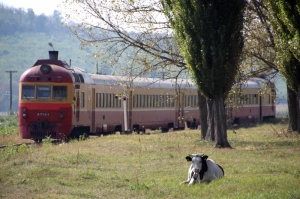 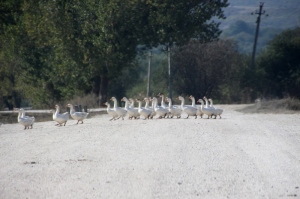 the country is, in fact, not entirely empty

So there we are, in a former Soviet republic. Can’t get away from the idea that they have missed the boat, where Romania and Bulgaria have just caught the last one. This is Europe, all right, and it looks like it, too, somewhat. But Moldova is at once different from its western neighbours, it is empty, it is much poorer than the poorest part of Romania, undecorated, not even flowers; lacking the colourful new constructions that Romanians have created all over the country; houses are basic, simple, undecorated, and generally smaller than next door. It is clear that Moldovans haven’t been to “Europe” yet, haven’t made the money their neighbours have. Roads are in worse condition – even though there seem to be fewer cars, to start with; fewer horse-drawn carts, too. Where Romania, even in the poorer areas, seems to show progression, Moldova stagnates. Even the palatis – newer than in Romania and Bulgaria, it looks like they are still being constructed as before – even the palatis are more uniform, less individual creativity exposed. And significantly fewer satellite dishes, too.

I need to reiterate this: the country, the size of The Netherlands, is empty, there are very few villages, even fewer towns, and everything in between is empty. No people, no houses, no traffic, no cattle, no nothing, although the land, most of it, seems to have been cultivated, pre-harvest. It is erie. 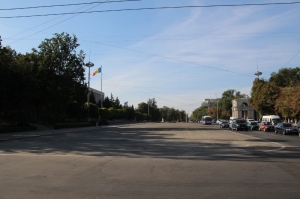 central Chisinau, and note the discipline, nobody gets onto the square in front of the parliament building 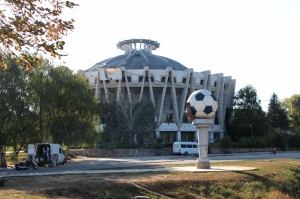 my favourite building in Chisinau, the football stadium, or perhaps that is obvious? 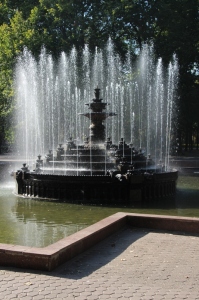 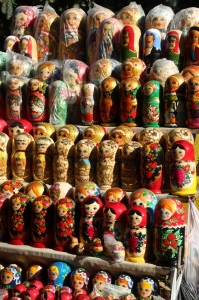 this gives the place away: what do you mean, ex-Soviet? 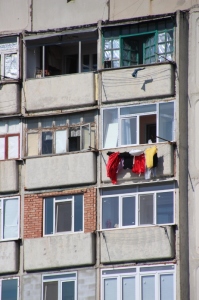 also here, ‘palatis’, and each balcony is different 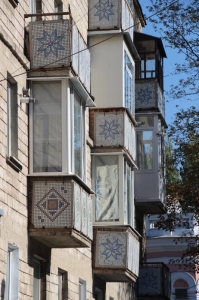 Chisinau is the capital, and quite unlike the rest of the country. A firmly communist-era town, with several huge, 1960s-like structures housing parliament, the municipality and the National Opera, as well as several communist era hotels where the time seem to have stood still. And yet, Chisinau is a relaxed town, with a youthful atmosphere, lots of small business being developed, youngsters with tablets in the park – which has free wifi, as well as electricity sockets! Others drinking Mojitos on the terraces, or eating shushi. There is nothing specifically beautiful in Chisinau, or it must be the occasional tasteful balcony, or the tree-lined streets and avenues, and still, this is a place with its own character. 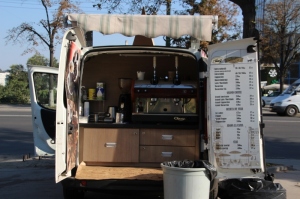 small business is booming: the back of the van is the coffee shop 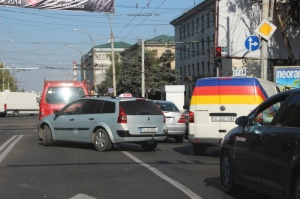 Chisinau traffic: getting in line for the traffic lights 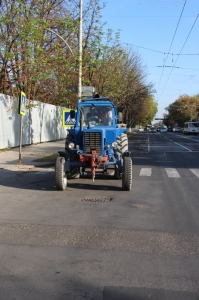 this is Chisinau’s main avenue, centre of town, close to rush hour

Next: Now see whether there is anything to do, here. 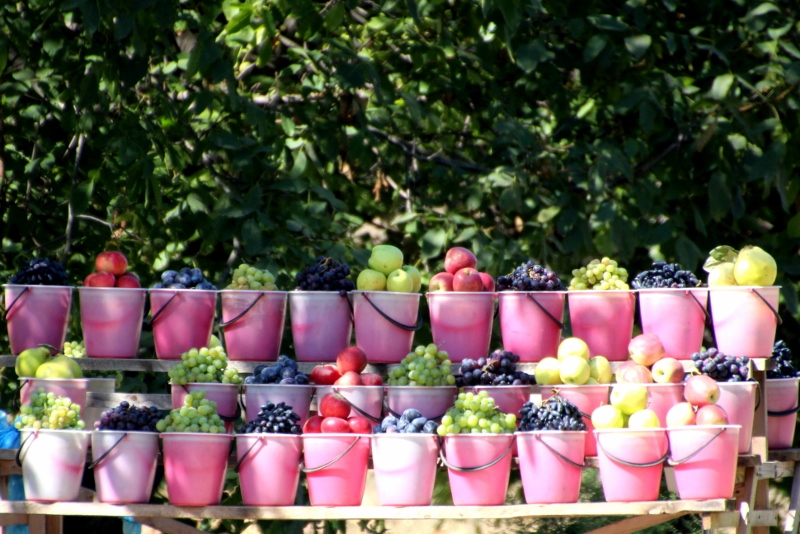