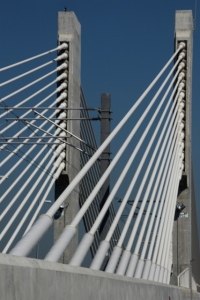 the newest bridge over the Danube, connecting Romania with Bulgaria

Our entry into Bulgaria, in the northwest corner, is both confronting and rewarding: a traffic reality check and castles and mountains

Bulgaria started with a huge disappointment. The ferry across the Danube, from Calafat to Vidin, is no more. This is what European money does to traveling romance: it builds enormous bridges over rivers, crossed before you even realize it, and does away with the ferries, even in a distant corner of the EU like the Romanian-Bulgarian border.

What is also does, it puts the traveler, in this case the independent traveler with his own car, totally on the wrong footing. The tarmac on the bridge was smooth, road quality excellent. Which is not at all what the Bulgarian reality is, of course. As soon as we got off the bridge, into the small town of Vidin, we were confronted with the real road conditions, cobbled streets with every so often a manhole cover missing. Perhaps they were airing the sewerage, I don’t know, but it was rather tricky, swerving across the road to try to avoid these enormous holes. Especially because drivers from the opposite direction were trying to do the same, I thought. It took me a while to realize that drivers from the opposite direction were not necessarily avoiding missing manhole covers, this is just the way they drive here, pothole or not. 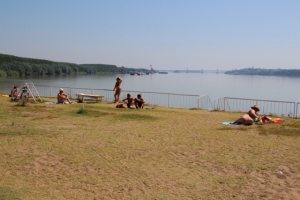 the Danube beach, between fortress and river, with in the distance the new bridge

Whilst on the subject of Bulgarian driving: total disaster. Not all of them, of course, but quite a few drivers have too much testosterone – even some Bulgarian female drivers seem to suffer from this condition -, and combined with ostentatiously large and powerful cars: total disaster, danger code red. Add that to the concept of random parking frequently practiced here – which can mean, in the middle of the street, perpendicular to the street, or in any other unpredictable place, preferrably with doors open – and you get an idea about how it is to negotiate Bulgarian roads, inside and outside the towns. No illustrative pictures, I am afraid, I need both my hands on the wheel. 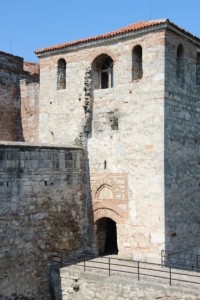 the entrance of the fortress 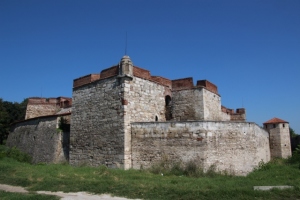 The reason we got off the main highway in Vidin, was to visit the local fortress. A huge castle, nicely located overseeing the Danube – overseeing being a modern word for extracting toll from river traffic, which was the castle’s business, at the time. Nowadays, the Vidin municipality has created a little artificial beach in between the castle and the river, where locals sunbathe, and occasionally dip into the water. The castle walls, once again, provide an excellent overview. 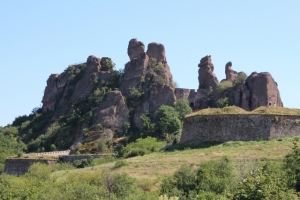 irregularly weathered rocks at Belogradchik, used as the base for another fortress 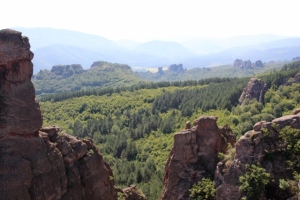 Further towards Sofia, a small detour leads to the village of Belogradchik, where huge rocks of conglomeratic sandstone have, over time, eroded by wind and rain into massive, irregular forms – which has, over much less time, tempted the imagination of men, allocating all sorts of names to individual spikes. Nevertheless, an impressive sight, and impressive enough for several rulers to use the rocks as basis for a fortress. 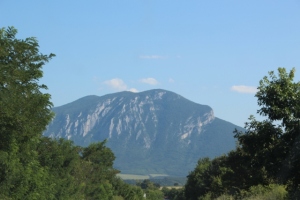 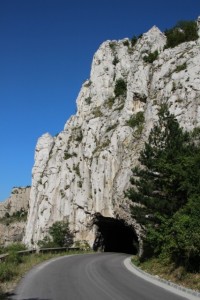 vertical limestones crossing the road in the Starin Planina mountains

Our chosen road to Sofia led via the Starin Planina mountains, one of the Balkan Ranges, around the town of Vratsa. Stunning landscape, initially with an isolated mountain, and further down the gorge a fabulous series of vertical white limestones crossing the valley, the river and the road. 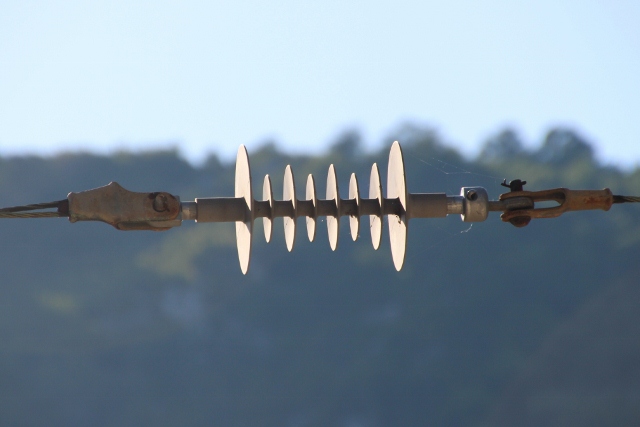 One Response to 05. into Bulgaria