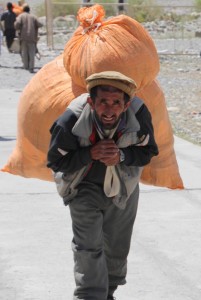 trader mobilising his goods for the Afghan market at Ishkashim

Another market, and once again a special one; just have a look at the portraits! 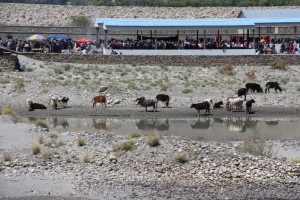 the Afghan market at Ishkashim

By now you are familiar with our enthusiasm for markets, and we were not going to miss the opportunity to roam around the weekly Saturday market outside Ishkashim, on an island in the Panj River, where Afghans and Tajiks come together to exchange their ware. The island is actually Afghan territory, and to get there we need to leave our passports with Tajik border police; the Afghan border control, which we never cross, is on the other side of the island. 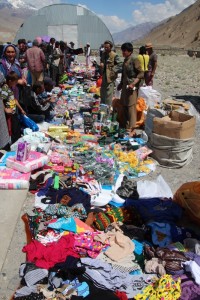 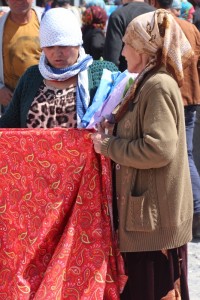 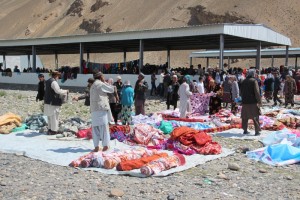 the covered market, and some sheets outside 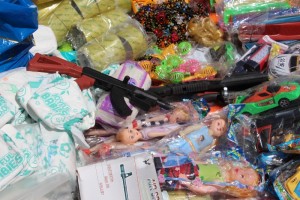 the only Kalashnikovs I found were toy guns 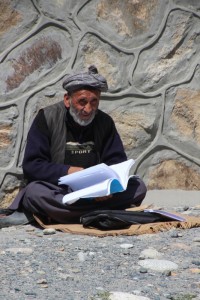 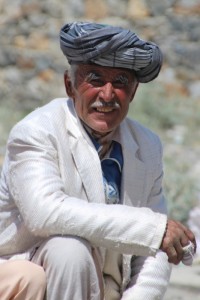 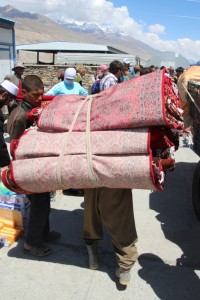 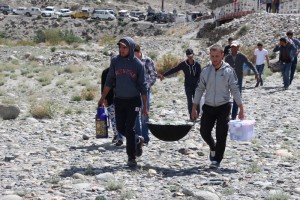 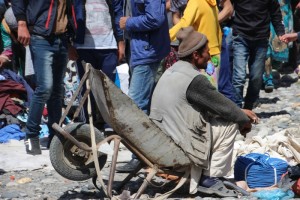 one gets tired, after a while

The market was far smaller than we had expected. That you can buy everything there, including stories of heroin and Kalashnikovs being openly traded, well, not really. The only guns I saw were toy guns. Yet, in terms of chaos, and in terms of colourful people, it did not disappoint, on the contrary. A corrugated iron roof protects some of the stalls, but most traders prefer to be outside, and have spread their blanket or plastic tarpaulin on the rocks, leaving some approximate walking paths in between. These paths quickly fill with people inspecting the goods, like cloth material, second hand clothes, plastics, soaps and perfumes, anything apart from food, of which there was not much – except in cooked form in the food stalls and the tea houses, which did brisk business. In between the wandering shoppers, new traders arrive with wheel barrows and carts full of stuff, which are pushed with great speed, and loud warnings, through the approximate paths, which are already filled with people, to arrive at an empty tarpaulin, where they are offloaded, immediately attracting the wandering shoppers, who want first choice. All adding to the chaos. 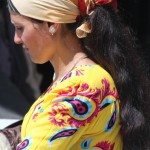 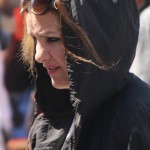 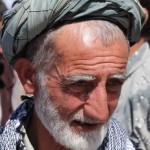 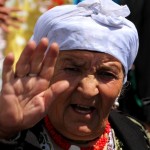 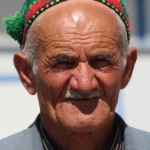 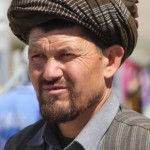 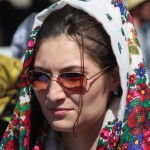 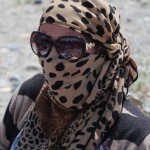 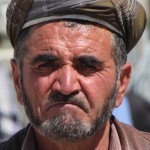 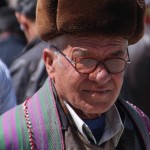 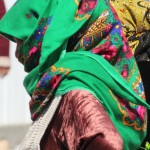 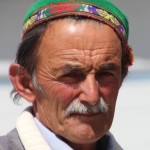 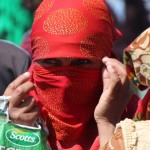 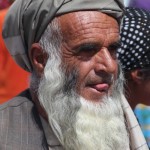 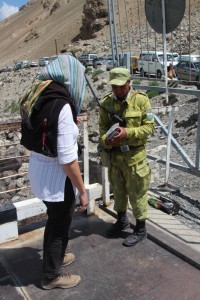 tourist selecting a passport from the collection of the border guard

And then the people, traders and shoppers alike. The most obvious are the old, but also younger, bearded Afghan men, wearing turbans or flat hats, and typical long suits. Narrow faces, sharp noses. Others are Tajiks, many sporting the traditional Ismaili green skull caps – Ismaili are a brand of Islam that follow the Aga Khan, and are quite numerous in the Wakhan Valley -, with equally characteristic faces. Women, young and old, covered or not, are invariably the most colourfully dressed, and many are proud enough to have their picture taken. 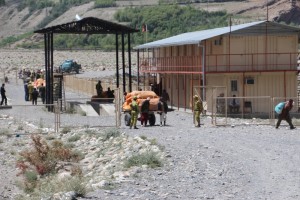 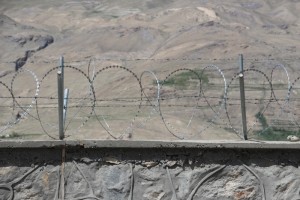 I could have spent hours here, looking at the people. 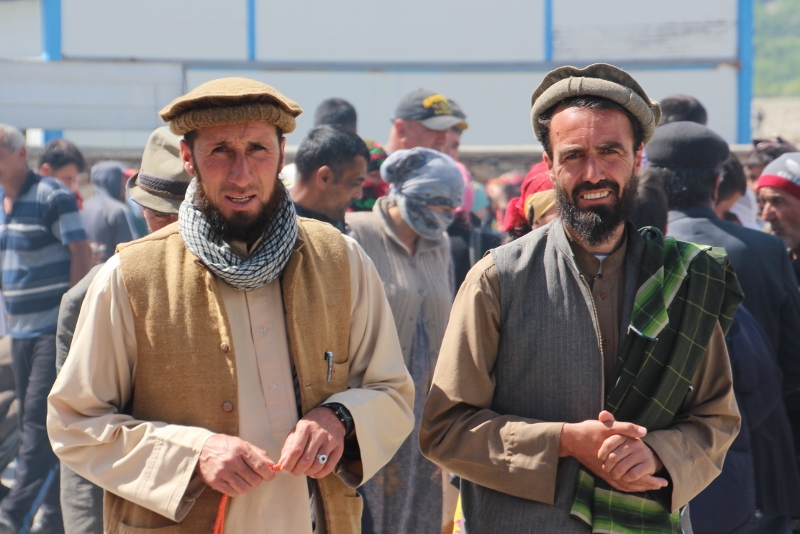 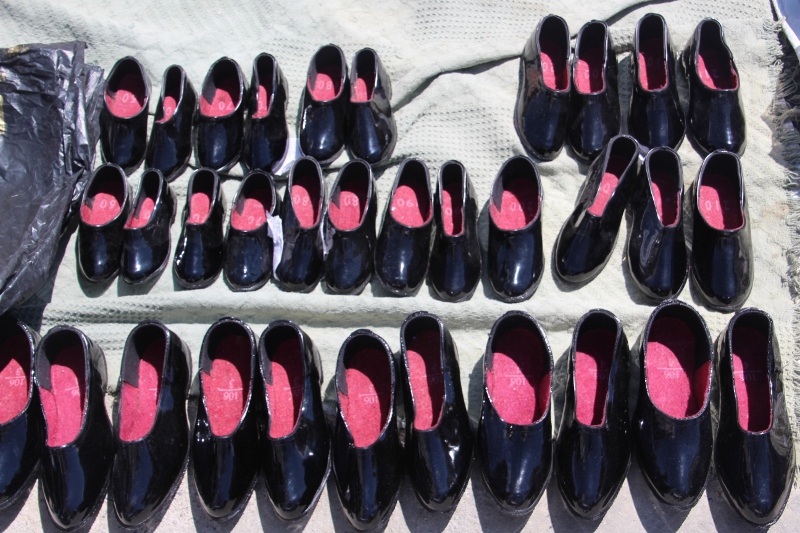