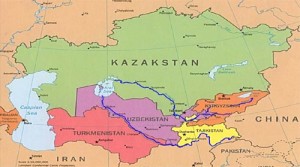 the two rivers that are supposed to feed the Aral Sea, the northern Syr Darya and the southern Amu Darya 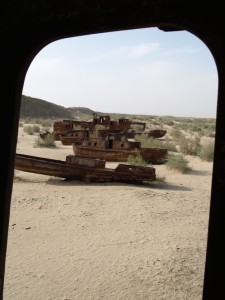 The story of the Aral Sea is pretty well known, I think. Once the world’s fourth largest inland water body, on the border between Kazachstan and Uzbekistan, this lake has been reduced to less than 10% of its original size thanks to the introduction of a cotton mono-culture. Cotton requires extensive irrigation, for which the water of the two main rivers in Central Asia, the Syr Darya and the Amu Darya, was used, robbing the Aral Sea of its inflow. The Fergana Valley in Uzbekistan and Kyrgyzstan, uses most of the Syr Darya, and parts of Tajikistan and the areas around Smamarkand, Bhukara and Khiva drain the Amu Darya. All this causes an environmental disaster: excessive salination of the water reduced the fish stocks to a pittance, and the receding water line changed the climate, turning summers hotter and winters longer and colder. Besides, it did away with lots of economic activity, like fishing, and work in fish processing factories. What doesn’t help is that, thanks to weapons testing, fertilizer run-off and waste of heavy industries, the lake bottom is badly polluted, which is now exposed to wind, carrying toxic chemicals around affecting people’s health. And the worst is, the Soviets, when introducing the mono-culture, were perfectly well aware of the impact this was to have on the Aral Sea. And then ignored it. 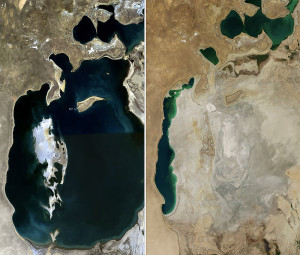 a satelite image then (1989) and now (2014), which I pinched from Wikipedia, nicely illustrates the point

I am the type of person that wants to see it all. But getting to the Aral Sea, from Nukus, is a two-day trip, and what exactly do you get for that? Aziz Murtazaev, a native of Karakalpakstan, made the trip, and published an extensive trip report, with stacks of photos (http://caravanistan.com/trip-reports/aral-sea-trip/ ), which convinced me that I did not necessarily needed to make the trip myself. Endless desert landscape, until, somewhere, one reaches a bunch of rusted, stranded fishing boats in the middle of nowhere – where the lake used to be -, and then finally, another couple of hours with a 4WD further, the lake shore. The lake is still sizable enough not to see the other side, so in effect it doesn’t matter where the shore is, on the ground you get little about the fate of the Aral Sea. And then you need to drive back again.

But, not having been there means that I haven’t got my own pictures. But Marcin Zielonka, a Polish guy who I met on the way to Bukhara, did, and kindly made some of his photos available; after all, no Aral Sea story is complete without them. 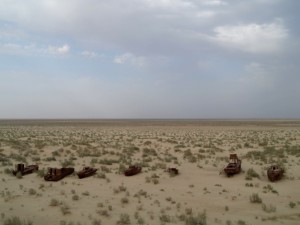 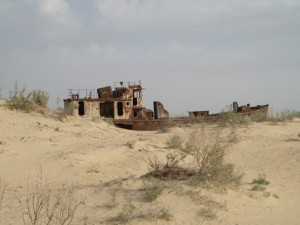 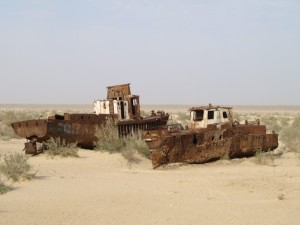 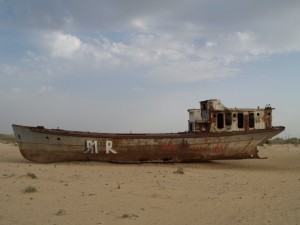 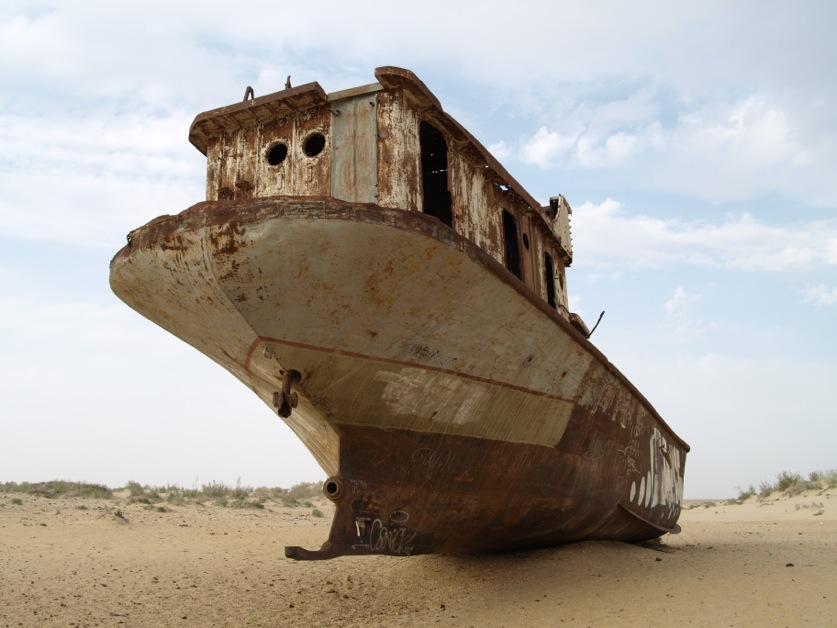 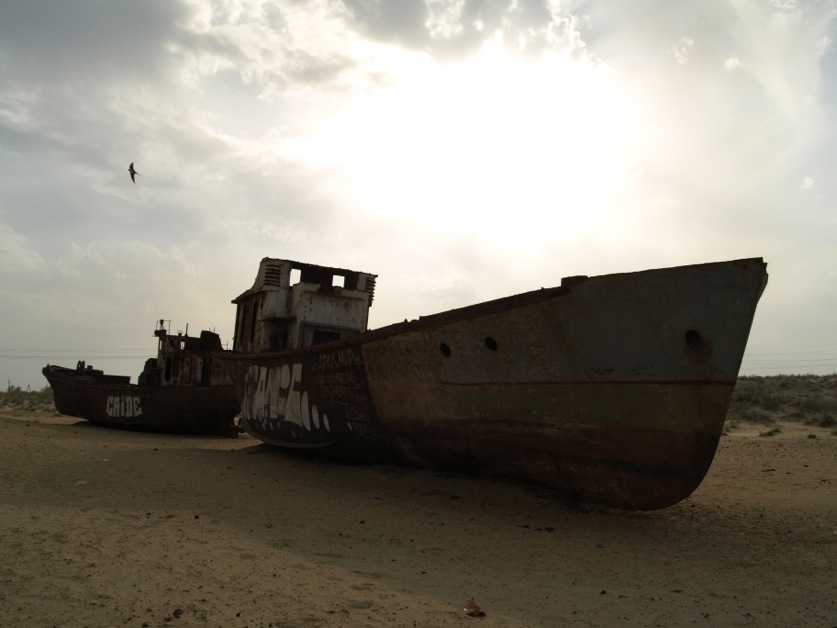 One Response to 07. the Aral Sea