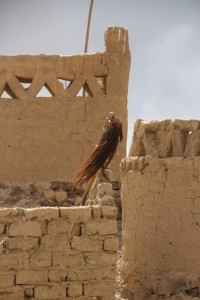 horsetail hair adorning a tomb in the Murghab cemetery

The capital of the Eastern Pamirs is a small village, notable for its cemetery and its container bazaar only, and for its scenery outside town

In order to travel in the Pamirs, one needs a special permit for the Gorno-Badakhshan Autonomic Oblast (GBAO), which is what the Pamir region administratively is called. In Soviet times there were still some restrictions and special benefits for the people, but they have been abolished since independence, so what this autonomy means is a little unclear; it may well be a gesture towards the people of the Pamirs, who in 1992, during the Tajik civil war that followed independence after the collapse of the Soviet Union, briefly declared their own independent republic. It didn’t come that far, and these days the area is administratively, and also geologically, divided between a Western part, which is characterised by high peaks and deep valleys, and Eastern part, consisting of the high plateau mountains we have experienced the last few days. There are more differences between the West and East Pamirs, and one is that the population in the East is mostly of Kyrgyz ethnic origin, and is mostly involved in pastoralism: herding sheep and yaks. 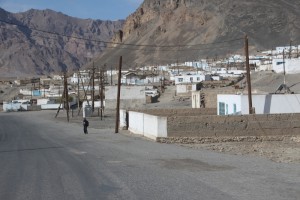 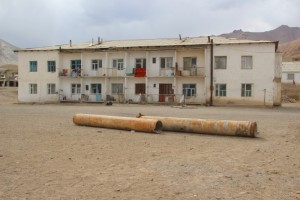 but even in Murghab they have palatis! (only one extra floor, but still) 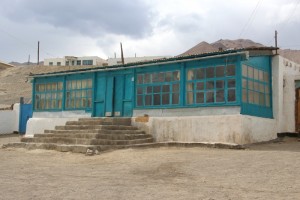 Murghab is the centre of the Eastern part, which covers an area about 20% larger than The Netherlands, and has a population of 14,000, about as much as my Dutch home village. Just to put things into perspective. Murghab itself, despite being the main town here, did in nothing remind me of my Dutch home village. True to its role as admin centre, there are some small government buildings, and there is even a bank – which will only change US$, no Euros. For the rest there are the same low, white or brown, mud-brick houses we have seen in Karakul and Rangkul, just a few more, and the same dusty, unpaved streets, just a few more. The highlight of town is the bazaar – I know, I know!, but this one is quite unique in that all of its stalls have been packed away in containers, or dislodged freight compartments of trucks. And they are there to stay, many have windows and wooden doors build in them. It is all not very colourful, of course, but very pragmatic: the only way to survive with the standard strong winds that blow almost continuously in the Eastern Pamirs, and in Murghab. 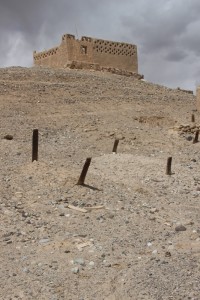 simple graves and a tomb in the cemetery 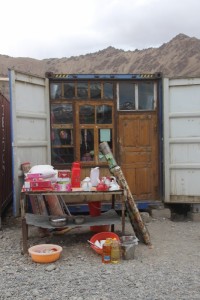 well-equiped containers, with doors and windows 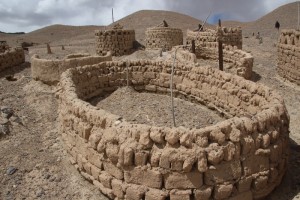 and a collection of circular tombs 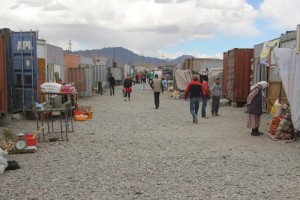 the bazaar, a street of containers 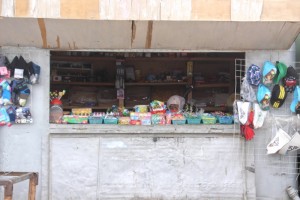 another container shop in the bazaar 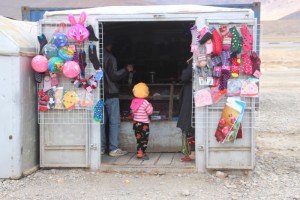 and a small one, more the build-up of a truck

We stayed two nights in town, in a guesthouse that had beds and a real toilet bowl, a relief after a few nights homestay! Apparently, there is also a flashy new hotel in town, but it suffers from having only two or three toilets, for which long queues of guests develop in the evenings and the mornings. There is little to do in town, but outside is an impressive Muslim cemetery, and some of the houses have attractive windows. The people, not particularly friendly, are all deeply sunburned, with dark, dry faces, the women covered up, more against the harsh climate than for religious reasons, I think. And the man, you know, many look criminal, with black leather jackets and dark sunglasses, but I suspect this is likely also more a climate effect, after all, there is very little to do for criminals in this dead-poor area. 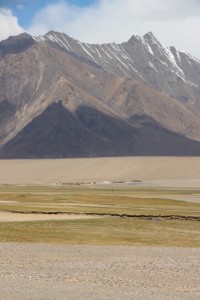 the scenery outside Murghab is just as beautiful as elsewhere 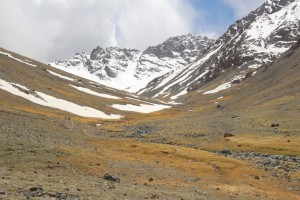 this is the valley we walked up 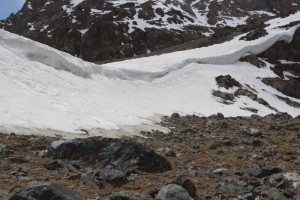 snow ridges at the upper end of the valley 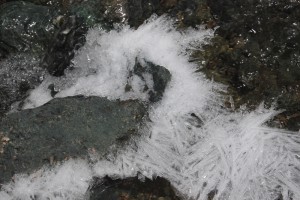 and ice crystals in the stream

One morning we spent walking, along one of the small side valleys. Just up to where the ice and snow still lay, perhaps at 4000 meters, and back again. Walking felt good, after several days in the car, and lunch with cherries and apricots went down well, too, although even in the sun, hidden behind a large rock, it didn’t really get warm. 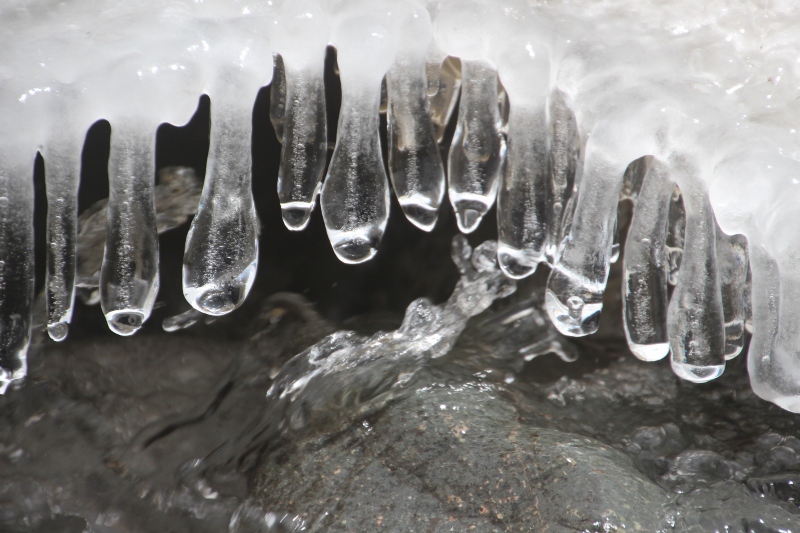 athough the ice is melting, slowly